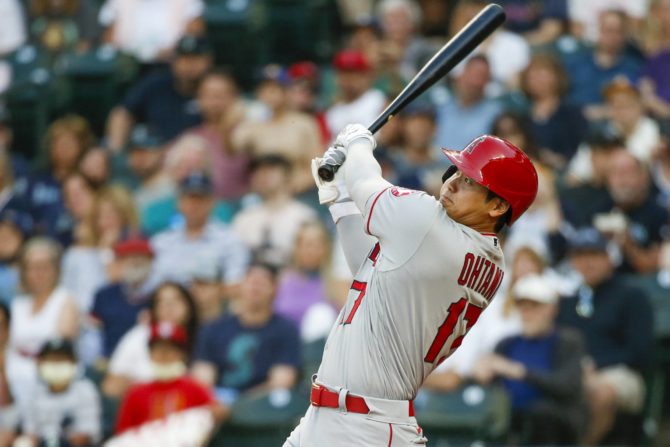 Longshot Bets to Make the MLB Playoffs in 2022 –

With an additional team in each league, the door is open for a few teams that would maybe have been on the cusp in recent years. Last season, a 91-win Toronto would have made the playoffs. The Blue Jays, of course, are among the favorites to win the American League and the World Series.

What about the sleepers? There may be a team or two out there that no one is expecting to be in the postseason this year. Here are three longshots to make the 2022 MLB playoffs.

Angels in the Playoffs

There will be Angels in the outfield this season as former three-time AL MVP Mike Trout returns in centerfield. Then, there is reigning AL MVP Shohei Ohtani. It has already been announced that Ohtani will be the starting pitcher and will be the DH on Opening Day for Los Angeles.

The Angels are more than a two-horse pony with Anthony Rendon back from an injury that cut his 2021 season short and Jared Walsh who hit .277 with 29 homers last year. There is talent in the lineup. There is also pitching besides Ohtani.

L.A. improved its pitching staff right after the season last year when they signed Noah Syndergaard. After missing 2020 and undergoing Tommy John surgery, Syndergaard returned late last season for the New York Mets. Instead of re-signing in New York, Syndergaard took the Angels $21 million deal and will become the Angels No. 2 pitcher in the rotation.

Patrick Sandoval and Jose Suarez return and the Angels added reliever Ryan Tepera to the bullpen. The Angels are given +175 odds at top sportsbooks to capture a playoff spot this season.

As a smaller market team, the Twins don’t have the giant payroll of teams like the Dodgers and Yankees. They did, however, spend some money this offseason. Most recently, they signed All-Star shortstop Carlos Correa formerly of Houston. With Jorge Polanco at second base, Correa forms an admirable duo. Polanco hit .269 with 33 homers last year. The Twins also have DH Miguel Sano back after hitting 30 home runs last season.

Byron Buxton is back and former Yankee Gary Sanchez is the Twins new catcher. The Twins also got some pitching help with the additions of Sonny Gray, Joe Ryan, and Dylan Bundy. Those three will be the Twins No. 1, 2, and 3 pitchers in the rotation. With a strong lineup and quality pitching, the Twins are given the same odds as the Angels (+175) to make the playoffs this year.

Rangers Could Be Dangerous

The Texas Rangers finished last in the AL West and were out of the postseason race pretty early in 2021. This year? They might find themselves punching a ticket to the playoffs. The Rangers made two big splashes in the offseason when they went out and signed SS Corey Seager, a former NL Rookie of the Year and World Series MVP. Then, Texas added Marcus Semien who finished third in the AL MVP race last year after hitting 45 home runs for the Blue Jays.

Texas added OF Kole Calhoun too, but what the Rangers may lack is pitching. They did go out and get Jon Gray to be their top starter. They have Dane Dunning, Taylor Hearn, and Martin Perez scheduled to be the No. 2, 3, and 4 pitchers in the rotation, but none of the three had a winning record last year. No. 5 starter A.J. Alexy went 3-1 last year after a late-season call up. With the bats behind them, the Rangers pitchers might be a bit more confident in 2022. That would make them an attractive bet at +650 to get to the postseason.