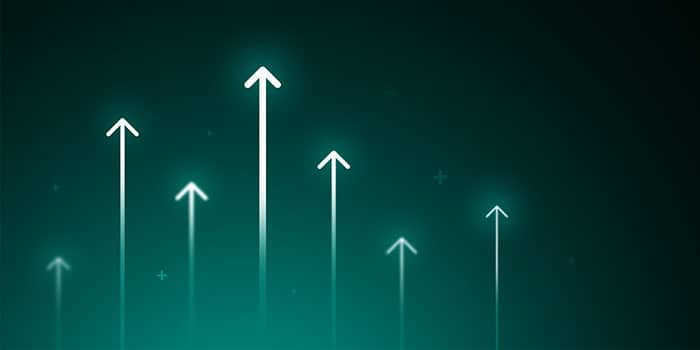 Loto-Québec, а Canadian lottery operator, has posted a new report, detailing the benefits of online casino and lottery. The digital vertical significantly contributed to the company’s revenues during the first half of the 2022-23 financial year, the company announced.

As reported by the Canadian lottery giant, the company’s total revenue for the April-September period had a remarkable increase of 35.4%. In just six months, Loto-Québec reported record-breaking revenue of $1.07 billion (in USD, current conversion rates). The lottery company also announced that its consolidated net income reached $589.3 million for the period, representing an impressive 37.9% year-on-year increase.

Loto-Québec pointed out that the dramatic year-on-year difference is in part because the previous financial year saw the company halt its activities a few times because of COVID-19. When comparing the lottery corporation’s revenue and net income to the pre-pandemic levels, we see that these metrics increased by 3.5% and 9.4% respectively. In short, Loto-Québec not only recovered from the pandemic but surpassed the pre-pandemic results.

Despite everything, the overall lottery revenue actually declined by 5.8% over the same period during FY 2021-22 because of of lower Lotto 6/49 and Lotto Max sales.

Finally, Loto-Québec reported that the cost-to-revenue ratio improved from 31% to 27.9% which shows that the crown corporation is now better at managing its resources. The company attributed this improvement to its robust efforts to control its costs.

While Loto-Québec’s post-COVID recovery is nothing short of impressive, the aforementioned metrics would not have been possible without the company’s online vertical. Online lottery sales accounted for 12.7% of the total lottery revenue, the corporation reported. While this may seem rather low compared to other more online-oriented brands, it represents a whopping 273% increase from the pre-pandemic period when only 3.4% of the lottery revenue came from the digital segment.

Likewise, online casino sales now accounted for 23.8% of the total casino revenue, representing a huge increase from the 8.9% recorded before COVID-19 hit.

Loto-Québec’s chief executive officer, Jean-François Bergeron, applauded the results, praising the company for meeting and exceeding its budget target. He praised everyone at the company for their efforts, saying that the record-breaking results would not have been possible without the Loto-Québec team’s excellent work. Bergeron emphasized that personally, he is very satisfied with the company’s performance.

Despite the favorable metrics, the CEO noted that Loto-Québec remains wary of the economic headwinds. The company acknowledges that many of its peers are struggling because of the macroeconomic situation and the rising costs of energy. While Loto-Québec is very enthusiastic about its success, the company will remain cautious moving forward.

Bergeron concluded that the crown corporation will continue to reposition its brand in order to maintain its success.