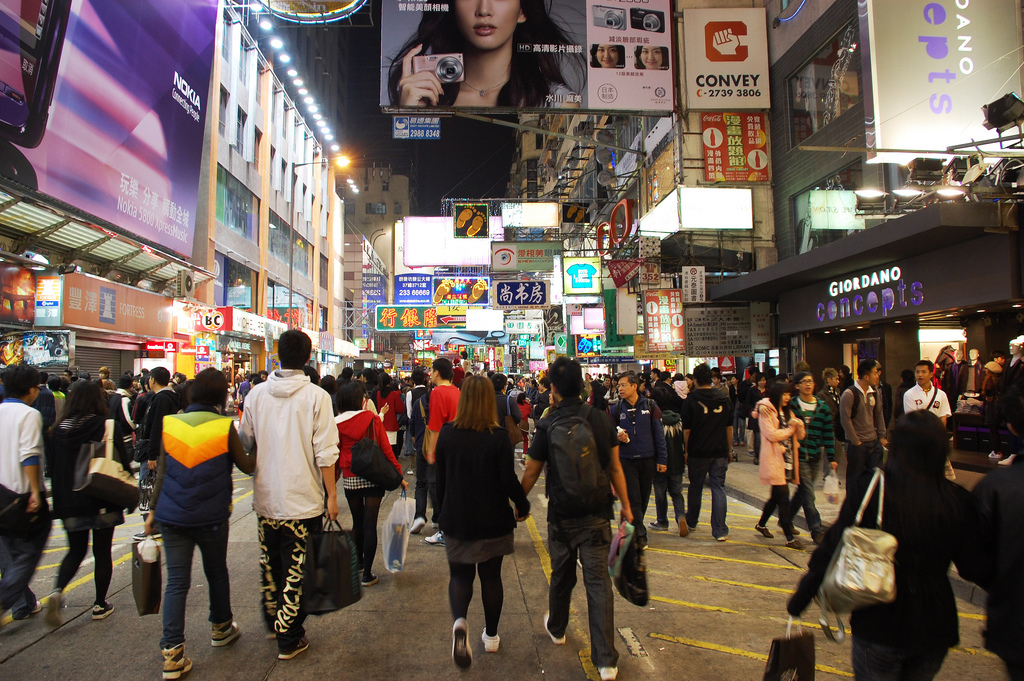 A man was knifed to death Fiday at an illicit gaming joint in Hong Kong. A woman was punched and kicked until she lost consciousness. Suspects were apprehended.

Mong Kok neighborhood of Hong Kong, pictured above. The area was the site of a murder and assault at an illegal gambling den. (Image: Wikipedia)

The Standard, an English-language Hong Kong newspaper, reported that the 46-year-old man was stabbed in an attack by about a half-dozen suspects. His 59-year-old girlfriend lost consciousness for about an hour, the report adds. The man was trying to collect a debt when the couple was suddenly attacked, according to local media.

When she awoke, the woman contacted authorities. The couple was rushed to Kwong Wah Hospital. The male victim was declared dead at the hospital. The woman underwent medical treatment. Her condition was not immediately available.

Three men and two women who are suspected in the crime were apprehended by police later on Friday, the South China Morning Post reported. One of the men was caught at the Hong Kong airport. He was trying to get a flight to Thailand, but was stopped at an airline desk, the Post revealed.

Two knives were seized from the crime scene. Beyond the knives, the Post reported the attackers used chairs and metal rods as weapons.

The fatal attack is now being investigated as a murder. Police were checking for witnesses or surveillance video in the neighborhood, the Standard revealed.

The crime scene was a gambling den that is located in an apartment in the Mong Kok neighborhood of Hong Kong. It is a major shopping destination.

In an unrelated incident, this past February Hong Kong police raided an illegal gambling operation. Two individuals fell 10 stories to their deaths while trying to escape.

The incident took place at an industrial building in the Kwun Tong neighborhood, according to the South China Morning Post.

The two suspects tried to escape by exiting the building through a window. They began to make their way along an exterior ledge of the Tsun Win Factory Building. But they were unable to keep their balance.

Both men fell from the tenth floor of the building. Emergency services rushed them to United Christian Hospital. They were both pronounced dead at the hospital.

One of the men had a warrant out for his arrest. The other man was manager of the building.

Also, five other individuals were gambling at the illicit den. Four women, ranging in age from 26 to 62, were taken into custody, as was a man. They were each charged with illegal gambling.

Ng Hin Fung, 29, is charged with two counts: operating a gambling establishment and knowingly allowing a prohibited public gathering to take place. The second charge relates to health safeguards during the COVID-19 pandemic.

He was suspended from his job last year. It is unclear how the case against him was resolved.