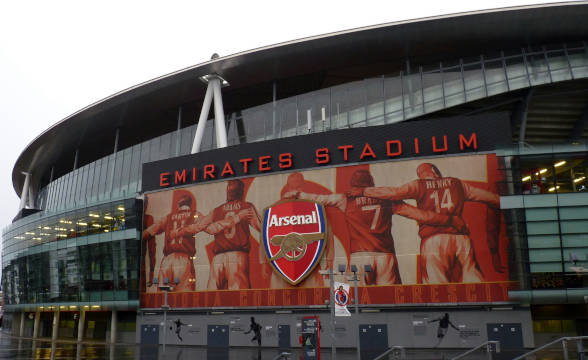 Arsenal is the only Premier League team with all wins after five rounds of the 2022-23 season. But bookmakers think that might change this Sunday in the final game of the EPL Round 6. The game in question is Manchester United vs Arsenal which is played on September 4 at Old Trafford.

Manchester United opened as the betting favorite with the odds of +100, but they moved up to +150 over the last couple of days. To learn why that might be the case, make sure to read our Manchester United vs Arsenal preview until the end.

After a horrible start to the 2022-23 season, the Red Devils are now on a three-game win streak. It started with a 2-1 win over Liverpool at Old Trafford in which Manchester United players totally outplayed their opponents in all aspects of the game.

They then went on to win another two games, although not by a great margin. They beat both Southampton and Leicester City 1-0, which is probably the reason why the Man United odds in Sunday’s game against Arsenal have changed. The Red Devils just haven’t been very impressive lately.

However, this doesn’t mean they don’t have an impressive roster. On the contrary, they look super strong, especially after signing Casemiro from Real Madrid and Anthony from Ajax late in the summer transfer window.

The reason why they haven’t been blowing out their opponents is that their coach Erik ten Haag has decided his boys need to play a more conservative style of soccer. So far, it seems to be working.

Will Arsenal Stay at the Top of the Prem for Another Week?

Arsenal has five wins after five rounds of the 2022-23 Premier League, which sure is a record worth praise. However, one must keep in mind that the Gunners haven’t faced too hard opponents so far. The teams they defeated this season are:

This Sunday, they’re locking horns with a much better team. Plus, their next opponent has players who have way more experience in big matches. It’s no surprise knowing that the average age of Arsenal’s starting XI in the previous game was just 23.4.

With the help of 70k+ fans in the stands of Old Trafford, the Red Devils can beat literally anyone, let alone such a young and inexperienced team as Arsenal.