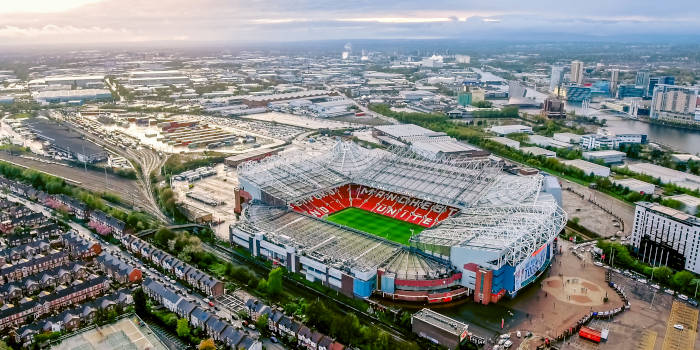 Manchester United vs Nottingham Forest is a Round 17 game of the 2022-23 Premier League that’s scheduled for Tuesday, December 27. This is going to be the first time these two meet at Old Trafford since 1998 when the Red Devils beat the Trees 3-0.

Something similar is expected for Tuesday’s game as well. Man United are seen as huge favorites in the eyes of the bookies. Are they going to justify the favorite role, or will we witness an upset? Let’s find out!

Cristiano Ronaldo is no longer a Manchester United player, but this doesn’t have to mean a catastrophe for the Red Devils. On the contrary, they did okay in almost every game in which he was out of the squad.

This includes their most recent EPL game – against Fulham on November 13 – which they won 2-1 with a late winner by Argentina teenager Alejandro Garnacho. It was their eighth win of the season, and they’re now at 26 points, which puts them in the no.5 place on the table.

The Red Devils are just three points behind Tottenham (who’ve played one game more), with a pretty good chance of overtaking their spot in the next week or two. The thing is that their Schedule in late December/early January looks really easy.

After the game with Nottingham Forest, they play the bottom-placed Wolves on New Year’s Day. Then, in their first game in 2023, they take on AFC Bournemouth.

In November, Nottingham Forest played three games in total. They drew with Brentford at home in the Premier League, followed by a win over Tottenham in the EFL Cup, before beating Crystal Palace in the Prem. But then, the World Cup break came.

Can they get back to their pre-break form? Probably not, and it’s not just because they’re facing a tough opponent on Tuesday. It’s also because they have some serious problems with injuries. Six of their first-team players are sidelined, three of which are defensive/holding midfielders. The other three are defenders.

All of this means that the Tricky Trees are going to have some serious problems at the back in the game against Man United.

The Red Devils will win this game and they’re going to do it in style. The banged-up defense of Nottingham Forest simply cannot stop Man United’s raging offense. A win by two or three goals is what we expect to see on Tuesday.