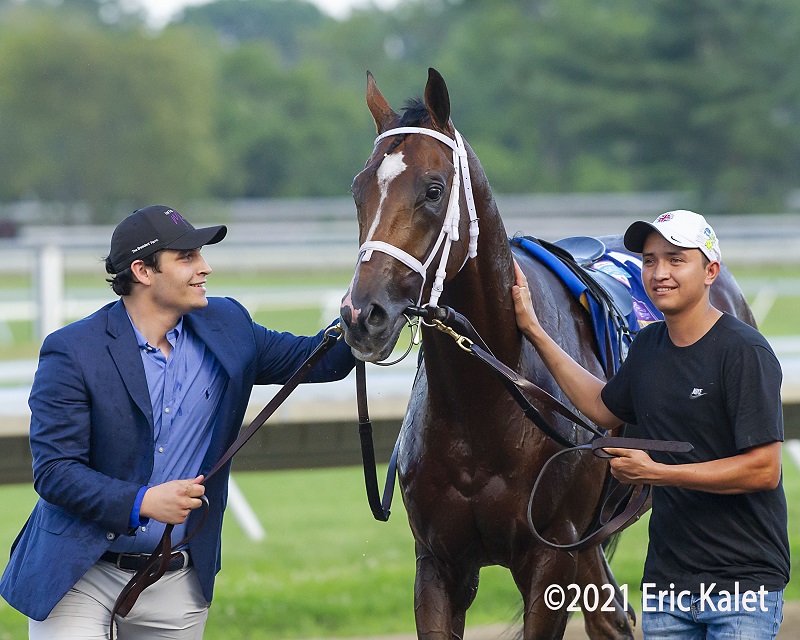 Mandaloun, who has been away from the races since finishing ninth in the $20 million Saudi Cup (G1) in February, began his move with fractions of :12.80, :36.40 and 1:00.20. The son of Into Mischief galloped out seven furlongs in 1:25.80, according to Churchill Downs clocker John Nichols.

For Geroux, it was a whirlwind 24 hours and he necessarily wasn’t scheduled to work Mandaloun. He was slated to ride Saturday at Monmouth Park but didn’t make it to the Oceanport, New Jersey track because of several travel delays and caught an early flight back to Louisville for the 5:30 a.m. (ET) work.

Nominations to the Stephen Foster closed Saturday and will be available at www.churchilldowns.com/horsemen in the coming days.

This entry was posted in Racing by Churchill Downs Media Office. Bookmark the permalink.