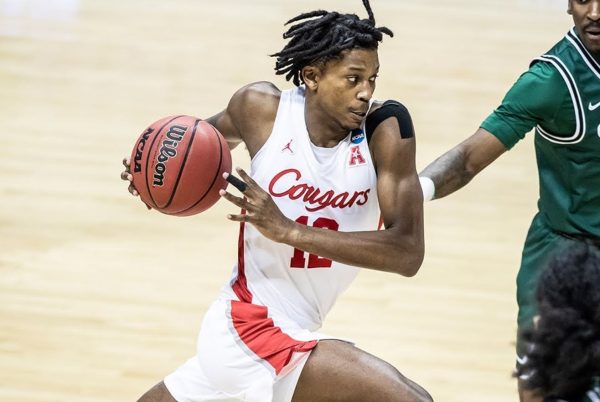 As the new season approaches, the focus has already shifted to the March Madness 2023 futures market. It’s almost as if it’s déjà vu all over again as Gonzaga is the overall betting favorite to win this season’s national title.  As far as contenders, the list should look familiar although a few interesting faces are in the mix.

Here’s a look at the top contenders to win this season’s March Madness as well as a look at two strong longshot values.

Can Gonzaga finally claim a national championship this year? The Bulldogs lost to North Carolina in 2017 and Baylor in 2021 in their two trips to the national championship games. In addition, over the past six seasons, the Bulldogs have twice reached the Sweet 16 and been in the Elite Eight once. There’s no question that head coach Mark Few’s program is one of the nation’s best.

Still, they have never won a national championship. The Bulldogs are the favorites to accomplish it this year because they have kept much of their talent from last year’s roster. Julian Strawther, Rasir Bolton, and Drew Timme return and Malachi Smith, a transfer from UT-Chattanooga joins the mix.

Smith is a 6-foot-4-inch guard that averaged 19.9 points, 6.7 rebounds, and 3.0 assists a game last season. He provides another elite player to an already deep and talented roster.

The Houston Cougars shocked the nation by destroying opponents as a No. 5 seed in last season’s NCAA tournament before losing to Villanova in the Elite Eight. They accomplished this despite Marcus Sasser and Traon Mark (pictured), two of their best players, being out due to season-long injuries. Remember, the Cougars made it to the Final Four in 2021.

With the addition of five-star recruit Jarace Walker to the team this season to play alongside a healthy Sasser and Mark, the Cougars now have the recipe for success at the highest level. They should win the AAC once again and don’t be surprised when they are a No. 1 or No. 2 seed in March Madness 2023.

A No. 8 seed in the tournament last year, the Tar Heels held a 15-point halftime lead over Kansas in last year’s title game. It wasn’t meant to be in head coach Hubert Davis’ first season at his alma mater. Davis has all the tools to get right back to the title game. Top scorer and rebounder Armando Bacot, as well as starters Leaky Black, Caleb Love, and R.J. Davis all return for the Tar Heels. You can bet the Heels to win it all at +1200 at SBA’s top rated sportsbook BetUS.com and get a 125% bonus now. Use Promo code SBA125

Creighton (+2500 at sportsbetting.ag) keeps the majority of a roster that went 23-12 last season. Plus, the Bluejays add Baylor Scheierman, the Summit League’s player of the year.  He joins a Creighton team that had three players selected to the Big East All–Freshman team.

Don’t forget that Creighton advanced to the Sweet 16 last season before losing to Gonzaga 83–65. With a maturing roster and the addition of Scheierman, the Bluejays have the recipe for success in 2023.

Indiana (+3500) is another longshot with potential. The big reason why is Trayce Jackson-Davis, who decided to return to the Hoosiers instead of going to the NBA. Jackson Davis averaged 18.8 points and 8.1 rebounds per game last season for Indiana. Teammate Race Thompson also returns and the Hoosiers signed Malik Reneau and five-star recruit Jalen Hood-Schifino.