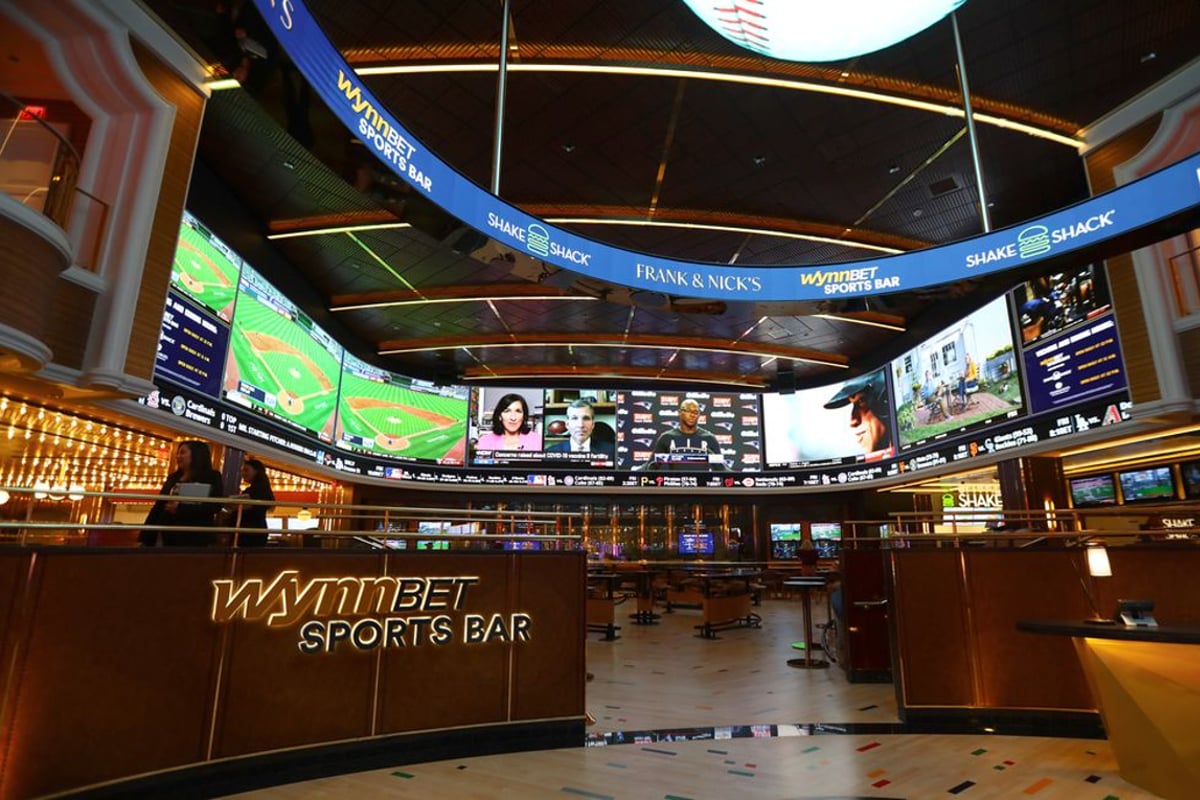 The throngs of sports fans in Massachusetts will have to wait at least another few months until they can bet legally on their beloved Red Sox, Patriots, Celtics, and Bruins.

The WynnBet Sports Bar will remain a bar and not a sportsbook for the foreseeable future. The Massachusetts Senate failed to act on a House-passed sports betting bill before recessing for the remainder of the year. (Image: Boston Globe)

While the legislature’s House of Representatives almost unanimously passed a sports wagering bill in July, the Senate showed little to no eagerness to act on the statute. As a result, the November recess is now underway, and sports betting in Massachusetts remains illegal.

State lawmakers aren’t set to reconvene until early January, meaning betting on sports through regulated channels is presumably many months away — at best.

Sports betting has been the fastest expanding segment of the US gaming industry since May 2018. That’s when the Supreme Court said the federal government does not possess the power to determine which states can and cannot have legal sports gambling.

Nearly three and a half years after the historic SCOTUS ruling, officials in Massachusetts are now calling for an in-depth review of best sports betting practices to be completed.

During today’s Massachusetts Gaming Commission (MGC) meeting, Mark Vander Linden, the commission’s director of research and responsible gaming, presented a handful of items for possible review, with sports betting being one. Commissioner Brad Hill said he supports the state gaming regulator moving forward with a thorough evaluation of sports gambling.

I think this is going to be the issue that we’re going to be all dealing with in the very near future, and the more information we can get the better to help us as we come up and make our decisions,” Hill said.

The four-member MGC voted in favor of moving forward with such a probe. It will be carried out by the Social and Economic Impacts of Gambling in Massachusetts (SEIGMA) research team.

Vander Linden says he will direct SEIGMA to focus on data from other sports betting states in an effort to better understand “the likely impacts of legalization of sports wagering in Massachusetts.”

One area that MGC Chair Cathy Judd-Stein said she’s interested in exploring in the coming months is cellphone analysis. She explained that a better understanding of the state’s current casino patrons might provide valuable information. She emphasized that’s not only regarding the necessity of bringing sports betting to the state, but also for critical intelligence concerning the southeastern part of the state.

Massachusetts’ 2011 Expanded Gaming Act allows for three full-scale casinos in three regions, plus a slots facility. Plainridge Park is the latter, while Encore Boston Harbor is the Region A casino, and MGM Springfield the Region B enterprise.

Region C has been on hold for years due to a lengthy legal challenge from the Mashpee Wampanoag Tribe, which contends that it has federal rights to build a tribal casino in Taunton. Though state and federal courts have rejected the tribe’s legal arguments, the MGC has refused to open applications for the state’s fourth and final casino license.

If cellphone data shows that there are few southeastern Massachusetts residents visiting Encore, for example, it might suggest that those gamblers are traveling west to Rhode Island’s nearby casinos.

2021-11-19
Previous Post: According to Trends You Should Bet These NFL Picks This Weekend
Next Post: Piassek’s Plays: Aggressive Approach Saturday at Aqueduct