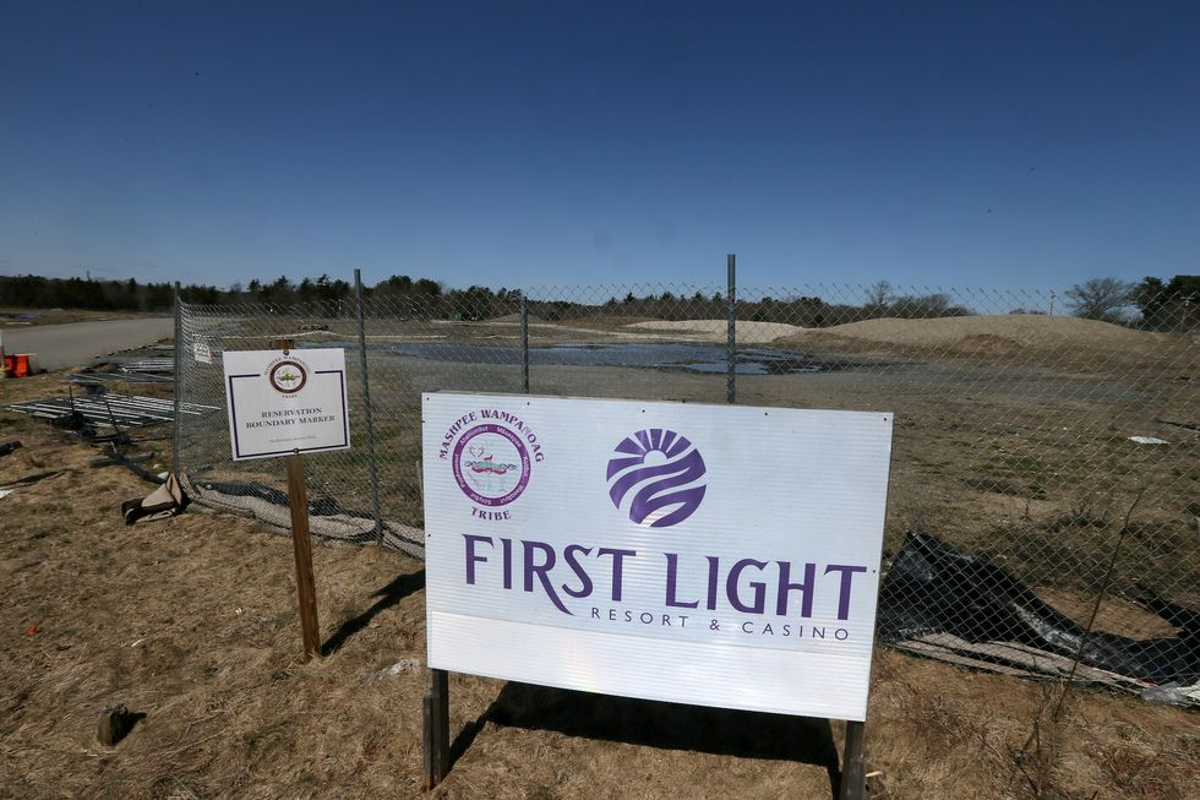 A Massachusetts tribe that has for years been fighting for its federal land rights in order to to build a $1 billion casino resort has finally been dealt the hand it’s so long sought.

The land pictured in Taunton, Ma., that has sat vacant for more than a decade has finally found a permanent place in the US federal trust. With this week’s historic Interior Department ruling, the Mashpee Wampanoag Tribe is a major step closer to building its Massachusetts casino resort. (Image: Getty)

The Department of the Interior’s (DOI) Bureau of Indian Affairs this week closed the books on a legal case that has dragged on for three presidential administrations. The final verdict is that the Mashpee Wampanoag Tribe indeed has ancestral ties to the region where it bought 321 acres more than a decade ago. Thus, it possesses the rights to have that land taken into federal trust.

The DOI concluded that the tribal property in Taunton and Mashpee rightly deserves to be held in trust by the United States. The designation clears the way for the Native American tribe to build a Class II casino.

Native Americans can operate such bingo-based gaming on their tribal property held in the trust. But for Class III gaming — slot machines and table games — the tribe must enter into a gaming compact with the state.

The DOI in 2015 under the Obama administration took the Wampanoag Tribe’s 321 acres into federal trust. The tribe announced plans for a $1 billion integrated casino resort development on 151 acres in Taunton called the First Light Resort and Casino. The project is backed by Malaysia-based gaming and hospitality conglomerate Genting Group.

Local opposition in Taunton, however, stalled the massive undertaking. And then, in March of 2020, the DOI under the Trump administration informed the Mashpees that it was reversing its 2015 decision and evicting the 321 acres from the federal trust.

The DOI in 2020 said the land should not be accepted into the trust because the Mashpee Tribe was not federally recognized when the Indian Reorganization Act was passed in 1934.

Politics were partially credited for the 2020 Interior move. Trump was, at the time, engaged in a bitter dispute with Massachusetts US Sen. Elizabeth Warren (D), who the president referred to as “Pocahontas.”

Warren and other members of Massachusetts’ congressional delegation introduced and backed a bill in DC that would establish the Mashpee land as sovereign, regardless of where the DOI stood.

This week’s DOI ruling under the Biden administration sides with the 2015 Interior opinion. Bryan Newland, assistant secretary for the Bureau of Indian Affairs, says this verdict is final.

I find that statutory authority for acquiring the Parcels exists under the Indian Reorganization Act,” Newland wrote in a 55-page conclusion. “The 2015 decision to acquire such Parcels in trust first made by then-Assistant Secretary-Indian Affairs Kevin Washburn should be affirmed.”

Newland’s letter, addressed to Mashpee Wampanoag Chair Brian Weeden, “confirms the 2015 decision to acquire the Parcels in trust as the Tribe’s reservation.” The Indian Affairs assistant secretary said his conclusion was based on “extensive documents in the Tribe’s record” and “numerous historical sources and modern archeological and academic sources.”

Weeden says the DOI verdict assures the tribe prosperity for generations to come.

This is a momentous day for the Mashpee Wampanoag Tribe,” he declared. “While the injustices inflicted upon us cannot be erased, we can look to the future — a future of freedom, a future of prosperity, and a future of peace.”