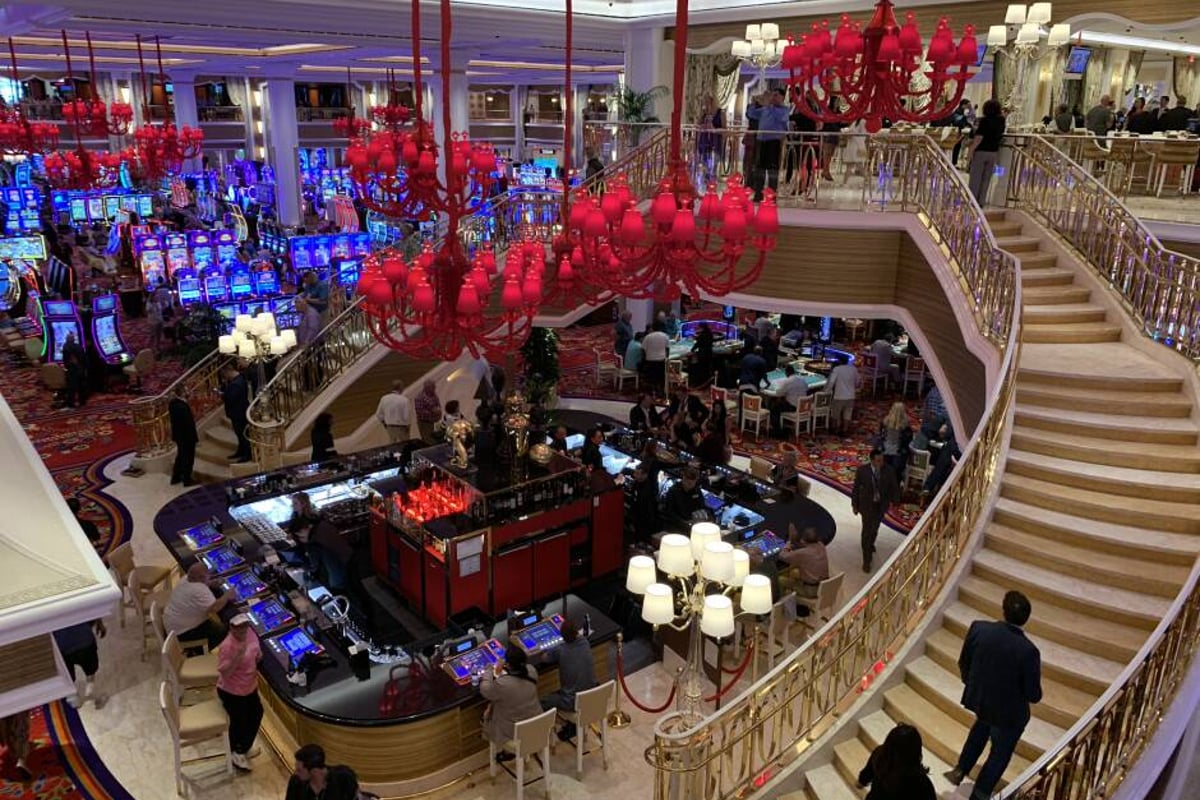 The Encore Boston Harbor casino floor is seen in June of 2019. A Massachusetts woman is facing four usury charges for her alleged role in a loansharking scheme that law enforcement says targeted problem gamblers at the Wynn Resorts property. (Image: WGBH)

Attorney General Maura Healey’s office alleges that Kimanh Le, of Quincy, has been charged with four criminal usury charges in relation to her April 10, 2022, arrest at the Wynn Resorts casino. A state grand jury indicted her on the charges on March 31.

Healey’s office alleges that Le provided usurious loans to gamblers by way of cash and gaming chips at excessively high interest rates. State authorities claim she charged an interest rate of 5% per day or 10% per week. Massachusetts usury laws cap interest rates on loans at 20% annually.

Le pleaded not guilty before Suffolk Superior Court Judge Michael Doolin last week and was released on her own recognizance. However, Doolin ordered Le to surrender her passport, remain in the commonwealth, and stay away from the three licensed casinos in the state.

Though the state attorney general said Le is presumed innocent until proven guilty, law enforcement alleges that the Quincy woman routinely preyed on problem gamblers at Wynn’s glitzy integrated casino resort. The indictment alleges that Le targeted those struggling to fund their gambling habits who, for some reason, were “unwilling to seek credit from legal sources.”

According to the Law Offices of Stephen Neyman, a Boston-based criminal defense attorney, a conviction of criminal usury carries a prison sentence of up to 10 years and/or $10,000 fine. Le is scheduled for a pretrial conference in Suffolk Superior Court on June 24.

Last month was the best month ever for Encore Boston Harbor. The casino reported GGR of nearly $65 million.

The state recently eclipsed the $1 billion milestone in gaming taxes received from its three land-based casinos. The commonwealth collects 25% of the net gaming income generated at Encore and MGM Springfield, and 49% of the slot hold from the Plainridge Park slots facility.

Off Limits for Creditors

Massachusetts legalized commercial casino gambling by way of its 2011 Expanded Gaming Act. While Massachusetts law permits loans with interest rates greater than 20% — but only if the lender notifies the state attorney general’s office of the contractual arrangement and receives approval — gaming floors are protected from lenders seeking loanees.

Each of the three casinos may issue gaming credit to patrons. But aside from the actual gaming operators extending credit to gamblers, the casinos are supposed to be free of financial lending.