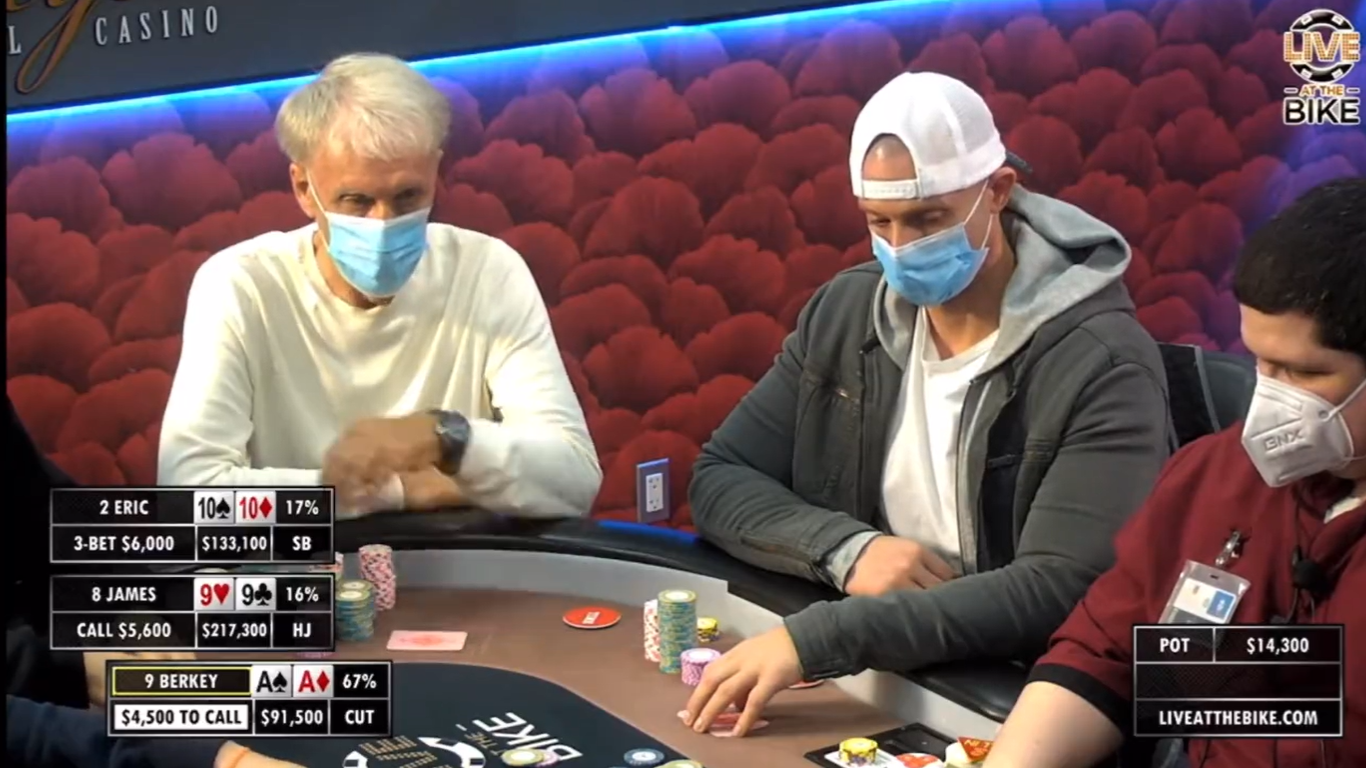 Matt Berkey anticipated winning a six-figure pot with pocket aces in a January 21 “Live at the Bike” stream, right up until his opponent, Eric Hicks, gave him some bad news.

. Hicks came along with

and James, a LATB regular, called with

Outside of an opponent shoving all in preflop against pocket rockets, Berkey got exactly what any player could possibly want with the best hand in poker — two four-bet callers, both of whom had him covered.

seemed like a fairly safe board. Sure, he could be up against

, but that’s really the only hand that beats him at that point unless an ambitious opponent had pocket sevens. (Watch the hand below)

With $56,300 in the pot and not knowing his hand was in fact beat, Berkey bet $14,000. James moved out of the way and Hicks, aka the “Mad Genius,” had no reason to give his opponent any indication that he flopped a monster, so he just called.

, a card that reasonably could have hit Hicks, who could foreseeably have

When the river came the

, a card that almost never hits his opponent, Berkey jammed for $42,000 and Hicks snap-called. The latter turned over his full house to the dismay of the Solve for Why founder.

Live at the Bike is back in action this Friday night with another Million Dollar Cash Game stream ($100/$200/$200). The action on YouTube started 4 p.m. PT. Hicks and David “Viffer” Peat are the headliners for that high-stakes game.