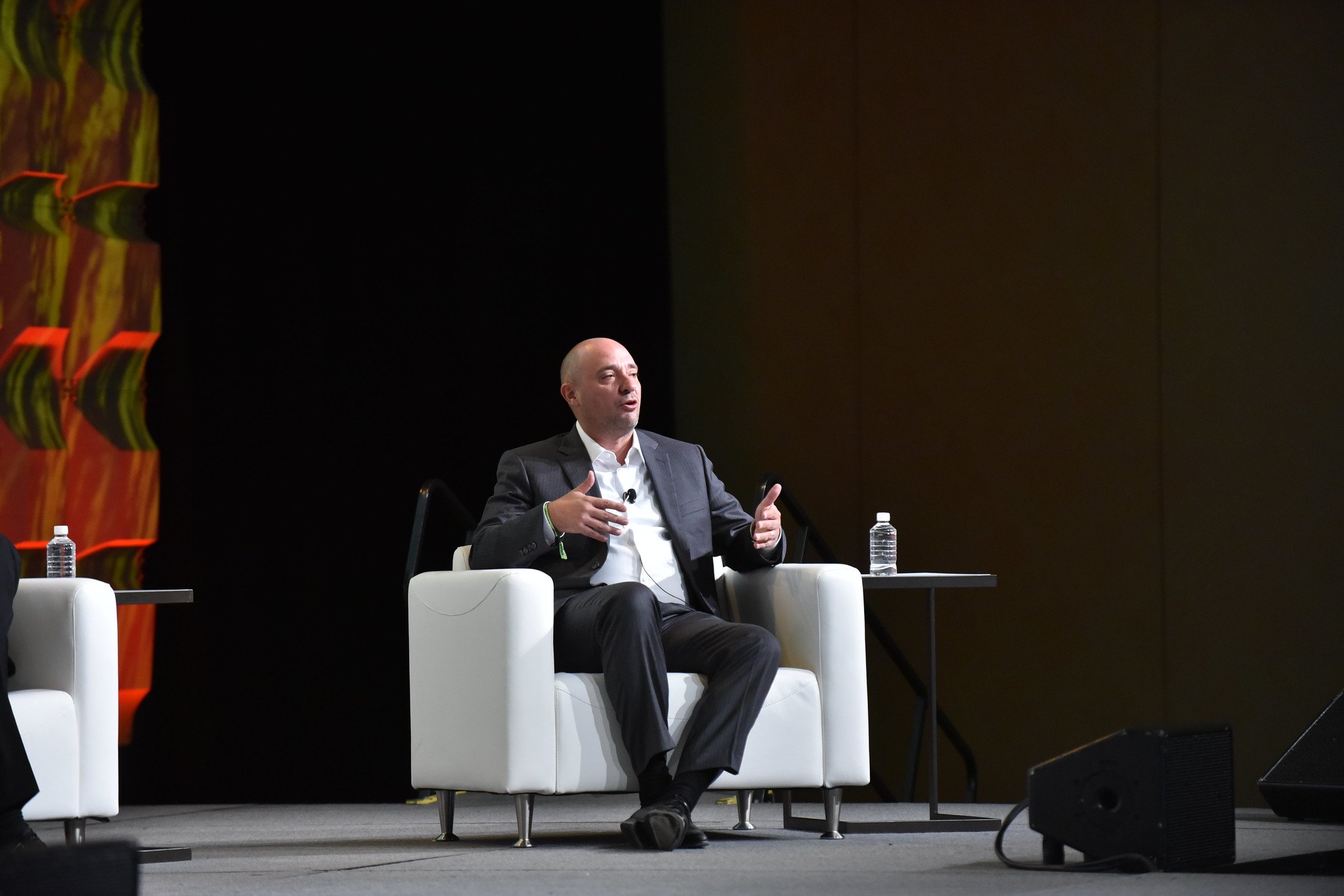 Matt Maddox to Step Down as Wynn CEO, Craig Billings to Take Over

Matt Maddox, who took over as CEO of Wynn Resorts after its founder was resigned after numerous sexual misconduct claims, announced Tuesday he would step from leading the Las Vegas-based gaming company at the end of January.

Wynn Resorts CEO speaks during an Oct. 6 keynote session at the Global Gaming Expo in Las Vegas. On Tuesday, Maddox announced plans to step down as the gaming company’s CEO in January. The company’s Board of Directors has already selected President and CFO Craig Billings to succeed Maddox effective Feb. 1. (Image: Global Gaming Expo)

Craig Billings, Wynn’s president and CFO and the CEO of Wynn Interactive, will take over for Maddox effective Feb. 1. Billings will also assume Maddox’s seat on the company’s Board of Directors.

I feel like the management team that’s in place, the people that are in place and where this company is, that it’s the right time for me to go do something else, which I’m quite excited about,” Maddox said during the company’s third-quarter call with investment analysts Tuesday afternoon.

In a statement released just prior to the call, Wynn said Maddox will stay on the boards for the company’s interactive and Macau divisions through the end of next year. In 2019, the Wynn Board voted to extend his contract until the end of 2022.

On the call, Maddox added he’d been with the company for 20 years. For most of that time, he was the “right-hand guy” to Steve Wynn for most of that time. Maddox then became the chief executive in February 2018 shortly after numerous complaints against the gaming magnate became public.

Those reports led Steve Wynn to resign and divest from the company he founded in 2002.

“Our culture and operations have never been stronger,” Satre said. “Matt led the successful licensure and opening of Encore Boston Harbor, which is now a high-performing part of the Wynn portfolio and a major source of economic growth for the greater Boston area. In addition to our assets in North America setting new records, our position in Macau as a premium operator is unrivaled.”

In April 2018, two months before Encore Boston Harbor opened, the Massachusetts Gaming Commission (MGC) fined Wynn Resorts $35 million and Maddox $500,000 for failing to reveal the sexual misconduct claims as it applied for the casino license years before. The MGC also stipulated one person could not serve as both Wynn’s CEO and Board chair for 15 years.

Though Wynn Board members questioned the fine against Maddox, who the commission still found to be suitable for licensure, they paid his fine after Maddox opted against an appeal for the sake of closure.

Maddox told analysts he planned on staying for four years. While he will depart as CEO after that amount of time, he added the COVID-19 pandemic altered his plans somewhat.

The company’s response to the pandemic has been one of Maddox’s proudest accomplishments during his time as CEO. As the casinos shut down because of emergency orders, Wynn continued to pay its workers through the end of May. On the call Tuesday, Maddox said he knew that investment would pay off for the company.

Last month, during a keynote session at the Global Gaming Expo with Hard Rock International Chairman Jim Allen and MGM Resorts International President and CEO Bill Hornbuckle, Maddox talked about the high vaccination rate among the company’s employees, which hit 87 percent by June. He noted that was a sign the employees had bought into the Wynn management’s philosophy.

It was a far cry from  just a couple of years ago when the “culture was shaken,” he said.

“People just did it because I think they trusted more, and so really what I hope comes out of this pandemic is that we don’t do something that could break that (trust),” he said at G2E. “I think that we built it back after a pretty tough time, and that allowed us to be nimble.”

One “Right-Hand Man” Replaces Another

Just like Maddox was to Steve Wynn, Maddox said Billings has been his “right-hand man” for the past five years. What makes him an ideal successor is that he understands where the company was and where it is now.

“He’s not a guy that’s going to build a big corporate infrastructure,” Maddox said. “He makes decisions fast, and he feels the brand. And the company really couldn’t be in a better position going forward.”

For Billings, it’s the second consecutive day of big news. On Monday, Wynn Interactive was one of nine sports betting operators approved to offer mobile wagering in New York.

He previously as an executive for Goldman Sachs, Aristocrat Leisure, IGT, and NYX Gaming Group.

“Having worked so closely with Matt and the Board, I appreciate the confidence they have placed in me and look forward to building upon the legacy of excellence we’ve established,” Billings said in a statement.