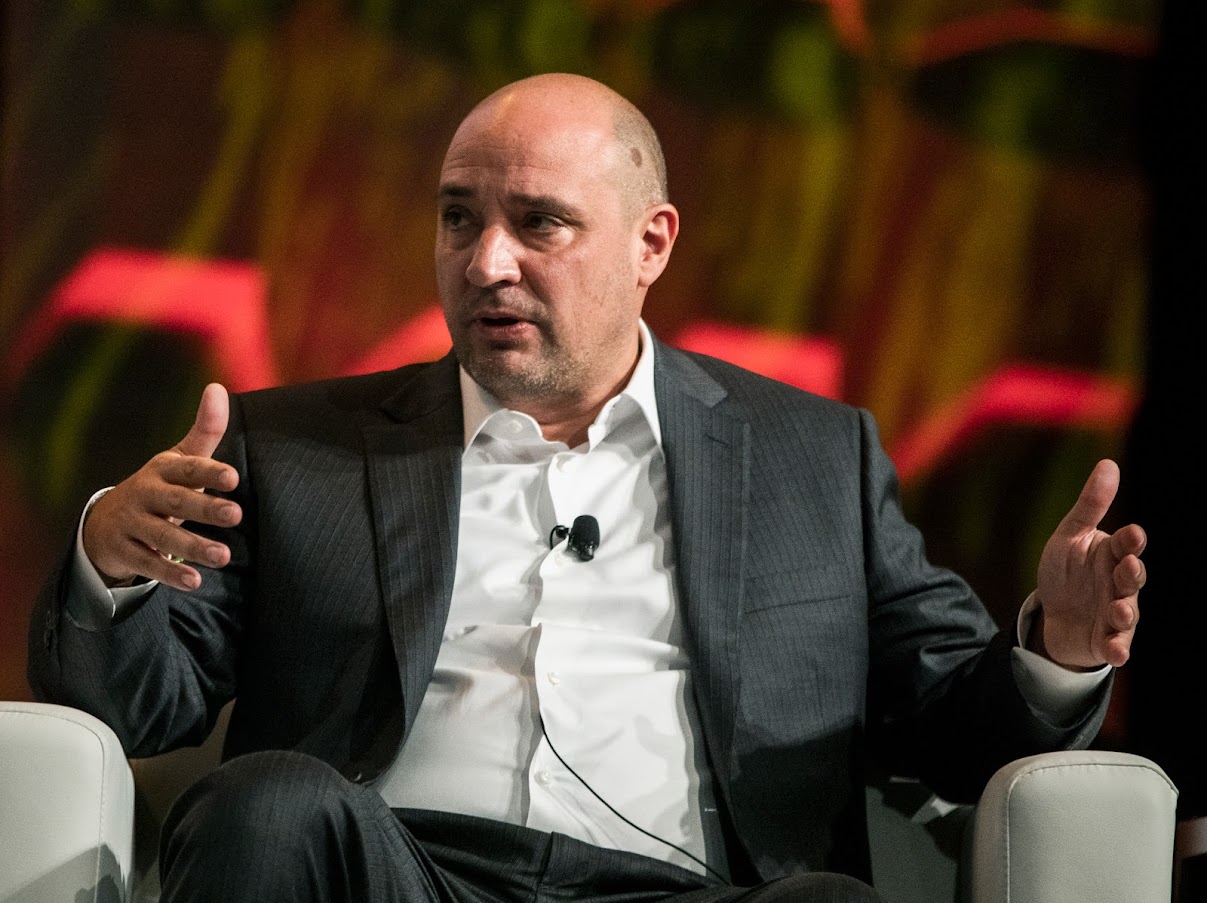 Matt Maddox Trimmed His Stake In Wynn Stock This Week

Soon-to-be-former Wynn Resorts (NASDAQ:WYNN) CEO Matt Maddox is trimming his equity stake in the casino operator ahead of his departure.

Matt Maddox at the G2E conference in October. He sold some of his Wynn stock this week. (Image: Jeff Scheid/Nevada Independent)

On Wednesday, Maddox sold 20,000 shares of Wynn stock at a price of $90.08, hauling in $1.8 million in proceeds, according to a Form 4 filing from the Securities and Exchange Commission (SEC). Following the sale, he still holds nearly 411,000 shares of the gaming company.

The sale comes after Maddox liquidated 15,740 shares of Wynn stock at a price of $91.10 on Nov. 4 — just days before he announced his decision to step down from the helm of the Encore operator. Effective Feb. 1, Craig Billings, Wynn’s president and chief financial officer and the chief executive officer of Wynn Interactive, will replace Maddox in the company’s top role.

Maddox has been with the company for two decades, and is viewed by Wall Street and the investment community as a steadying influence. He took the reins of the gaming giant in 2018 when Steve Wynn — his mentor — was forced out amid a spate of sexual misconduct allegations.

It’s not uncommon for high-ranking executives at large companies to sell stock, meaning the implications of such sales aren’t always negative.

Many do so simply to cash on equity-based compensation or to diversify personal portfolios. More recently, a slew of CEOs from across the technology sector are dumping stock. That’s prompting speculation that they are doing so in anticipation of tax code changes at the hands of President Biden’s “Build Back Better” plan. That effort is on hold for now.

In the case of Maddox, he’s not been a frequent seller of Wynn shares, though he unloaded 56,000 shares in January of this year after the stock more than tripled from its coronavirus lows.

His sale of those shares represents a winning bet the executive made on himself and the company. At the height of the first wave of COVID-19 cases in March, gaming equities, including Wynn, were being savagely repudiated by market participants. The Encore operator revealed Maddox would forego 100 percent of his 2020 cash salary, opting to be compensated entirely in equity.

Other Wynn executives and some board members followed suit, taking cash salary reductions ranging from 33 percent to 100 percent in exchange for stock.

What’s Next for Maddox and His Stock

It’s believed that Maddox, 46, wants to explore options outside the gaming industry, and there’s some speculation he’s mulling politics as a next act.

As for his remaining Wynn equity, Maddox can retain it as long as he wants to, and there might be some motivation to do so.

Amid the aforementioned executive change at the company, analysts believe the company could announce stock-jolting transactions or perhaps become a takeover target for a private equity company.