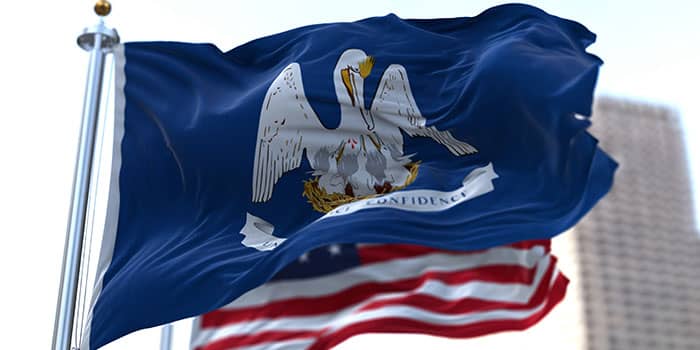 The newest chapter in the Mattress Mack lore has been written as the furniture mogul won $75 million from betting and singlehandedly brought Louisiana mobile sports betting revenue down. While Mack’s win is old news by now, the profound effect his spectacular win has had on the industry just became evident.

Jim McIngvale, also known as Mattress Mack, is the owner of Gallery Furniture. He is an avid bettor, known for making insane wagers, which he often uses to provide his clients with generous promotions.

In November, the Houston Astros did what many doubted they could – winning the World Series. For McIngvale, who had bet $10 million on the team, this victory turned into a $75 million payday. The businessman had placed bets with several sportsbooks, including Caesars, Betfred and Unibet. His biggest bet was with Caesars, where he had wagered $3 million.

What can we say? We just wrote the biggest check in sports betting history to Mattress Mack for $30,000,000.

McIngvale’s bet with Betfred, on the other hand, saw the sports betting operator pay out $5 million, the most it has ever paid out to a customer. With this data in mind, it is perhaps not that surprising that Mack singlehandedly affected the industry’s revenues for the month.

Louisiana reported that revenues from mobile sports betting in November declined by a whopping 206% compared to October. Translated into dollars, the state’s revenue experienced a decline of over $27 million month-on-month. If Mattress Mack had wrongly foreseen the outcome of the World Series, mobile sports betting revenue in the state would have sat at $47.4 million.

Meanwhile, Louisiana Illuminator reported that in November, the Pelican State’s sports betting industry contributed over $6 million to local taxes. This is the highest sum sports betting has ever contributed since its legalization in Louisiana, the outlet noted.

Meanwhile, Mattress Mack does not seem to plan on halting his sports betting adventures. A few days after making history with his huge payday, the furniture mogul was at it again with a $50,000 bet on the Houston Cougars. This bet’s outcome is still unknown as the finals of the basketball championship are scheduled for next year. They will take place in Houston, McIngvale’s city of birth, which the businessman believes to be a good sign.