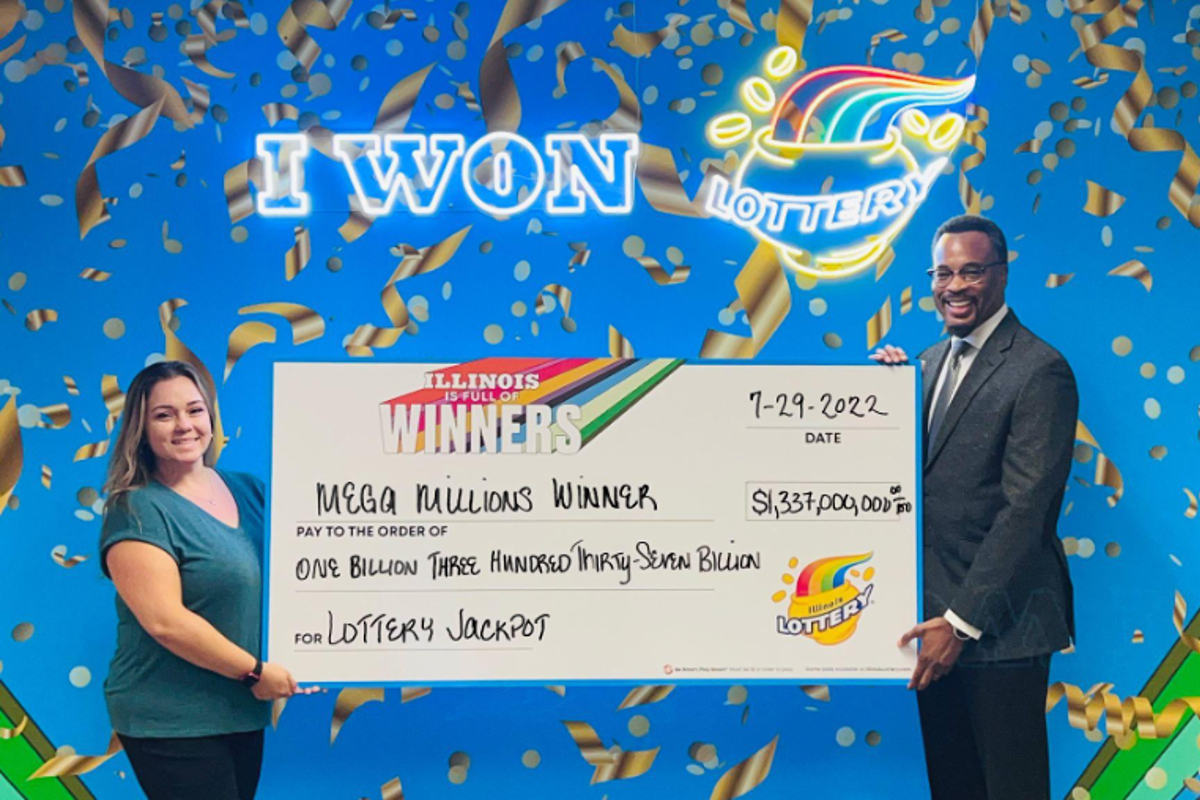 The Mega Millions jackpot worth nearly $1.4 billion won in July has been redeemed.

After 29 drawings without a ticket matching all six Mega Millions numbers, a single ticket sold at a Speedway convenience store in Des Plaines, Il., hit the jackpot during the interstate lottery game’s July 29 draw. The winning numbers were 13-36-45-57-67 and gold Mega Ball 14.

The Illinois State Lottery announced today that two friends have come forward to claim the prize. The duo said they purchased the ticket together with the understanding that they would split any winnings, a handshake agreement that they’re living up to.

But the lottery said in a release that the two individuals are “over the moon” with their life-changing Mega Millions win. The $1.337 billion jackpot is the third-largest lottery jackpot in US history and the game’s second all-time biggest payout.

The largest lottery jackpot ever won in the US came in January 2016 when three winning tickets shared a $1.586 billion Powerball prize. The largest single ticket win came in October 2018 when a player in South Carolina won a $1.537 billion Mega Millions prize.

Spur of the Moment Decision

Jackpot hysteria was running rampant over the summer as the Mega Millions jackpot continued to grow. The vast media coverage kept nearly all Americans aware of the bounty of riches up for grabs in the 45 states plus DC and the US Virgin Islands where the game is played.

Illinois Lottery officials say the duo who won the $1.337 billion Mega Millions jackpot wasn’t exactly gung-ho on participating. But after making a pitstop at the Speedway on July 29, the two agreed to test their luck.

They stopped into the Speedway in Des Plaines and grabbed a Mega Millions ticket while they were there. That turned out to be an absolutely life-changing decision when a $3 line of Mega Millions with Megaplier turned into a $1.34 billion jackpot win,” said Illinois Lottery Director Harold Mays.

Mays explained that the two have spent the past few weeks meeting with their legal and financial advisors to determine their best course of redeeming the ticket. The two opted for the one-time cash option of $780.5 million.

By choosing the lump sum option, the two winners will pay about $288.7 million in federal taxes. That leaves them with approximately $491.8 million.

But that haul will be further reduced after Illinois takes its 4.95% cut on lottery income. That leaves the two winners with around $453.1 million — or about $226.5 million each.

“These winners are now in the enviable position of deciding what to do with their newfound fortune,” Mays concluded.

The Mega Millions jackpot hasn’t been hit since the July 29 draw, pushing this week’s jackpot to an estimated $301 million. As always, the odds of matching all six numbers are just 1 in more than 302.5 million.