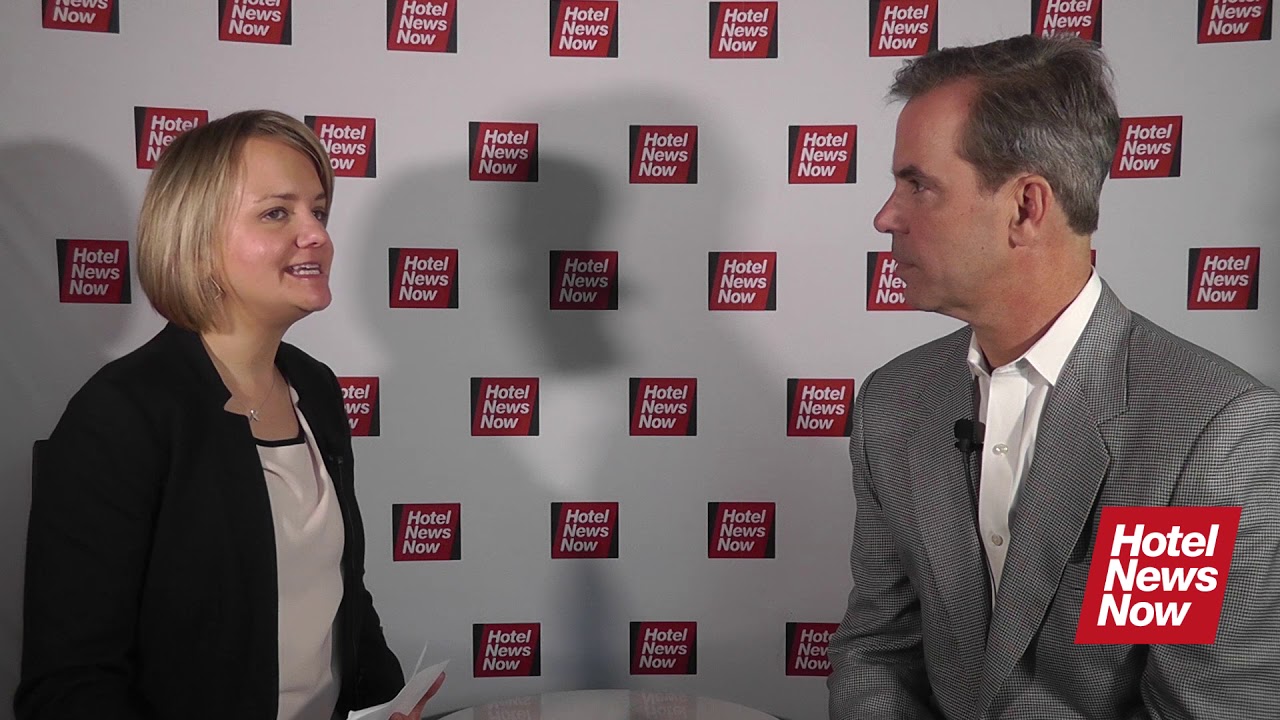 MGM Resorts International (NYSE:MGM) could participate in more mergers and acquisitions activity and continue buying back its slumping stock its chief financial officer said at an industry conference.

MGM CFO Jonathan Halkyard (right) in a 2019 interview. He sees the company continuing to repurchase its own shares. (Image: Hotel News Now)

Speaking by phone at the Jefferies Global Consumer Conference earlier today, MGM CFO Jonathan Halkyard said the casino operator is looking to keep some capital on hand for possible takeover opportunities and that more cash flow could be returned to investors.

So, we think the shares are valuable right now, and we’ll maintain some dry powder for some additional M&A, things like LeoVegas, which we just announced, which will complete this fall,” said Halkyard on the call.

In May, the Bellagio operator unveiled a $607 million offer for LeoVegas AB to boost its internet casino and sports wagering footprint in Europe. Earlier this month, it was reported that Sweden’s Economic Crime Authority (SEC) is investigating allegations of insider trading at the company,  but that doesn’t appear to be standing in the way of MGM’s takeover of the company.

MGM has been a dedicated buyer of its own shares. As the company noted on its first-quarter earnings conference call, it bought back $3 billion of its stock in the previous months.

The Mandalay Bay operator is such a voracious buyer of its equity that it’s now a member of the NASDAQ US BuyBack Achievers Index, which requires member firms to reduce shares outstanding counts by at least 5% over the trailing 12 months. MGM is the only gaming company in that gauge.

With an estimated $2.4 billion remaining on its current buyback effort and the stock down 37.72% year-to-date, MGM could continue buying back its stock as a way of signaling to investors management sees value in the stock.

“The way I always look at it is the capital, the free cash flow that we generate belongs to the shareholders failing any better use of that capital, we return it to shareholders,” adds Halkyard.

What appears to be further off is earnest resumption of the quarterly dividend, which currently resides at just a quarter of a cent following a 2020 cut due to the coronavirus pandemic.

“Our board will determine at some point whether it makes sense to reinstitute a dividend once we kind of get fully into — more fully into the recovery from the pandemic, but I think that share repurchases will continue to be a meaningful part of our capital allocation strategy,” notes Halkyard.

While noting MGM is enthusiastic about the possibilities in Osaka, Japan — a project the company has been working on for several years — Halkyard adds it could be September when Japan officially awards gaming licenses.

The MGM financial boss points out the undertaking in Japan is massive and is going to take several years to complete.

“We’re going to wait until, you know, things are a little bit more advanced until we get into specifics about the cost and the program that we’re thinking about, but we think it’s a massive market opportunity for the company that we’ve got great partners, our brand is known in the region and the program that we’re developing is going to be just a phenomenal integrated resort with strong returns,” said Halkyard at the Jefferies conference.