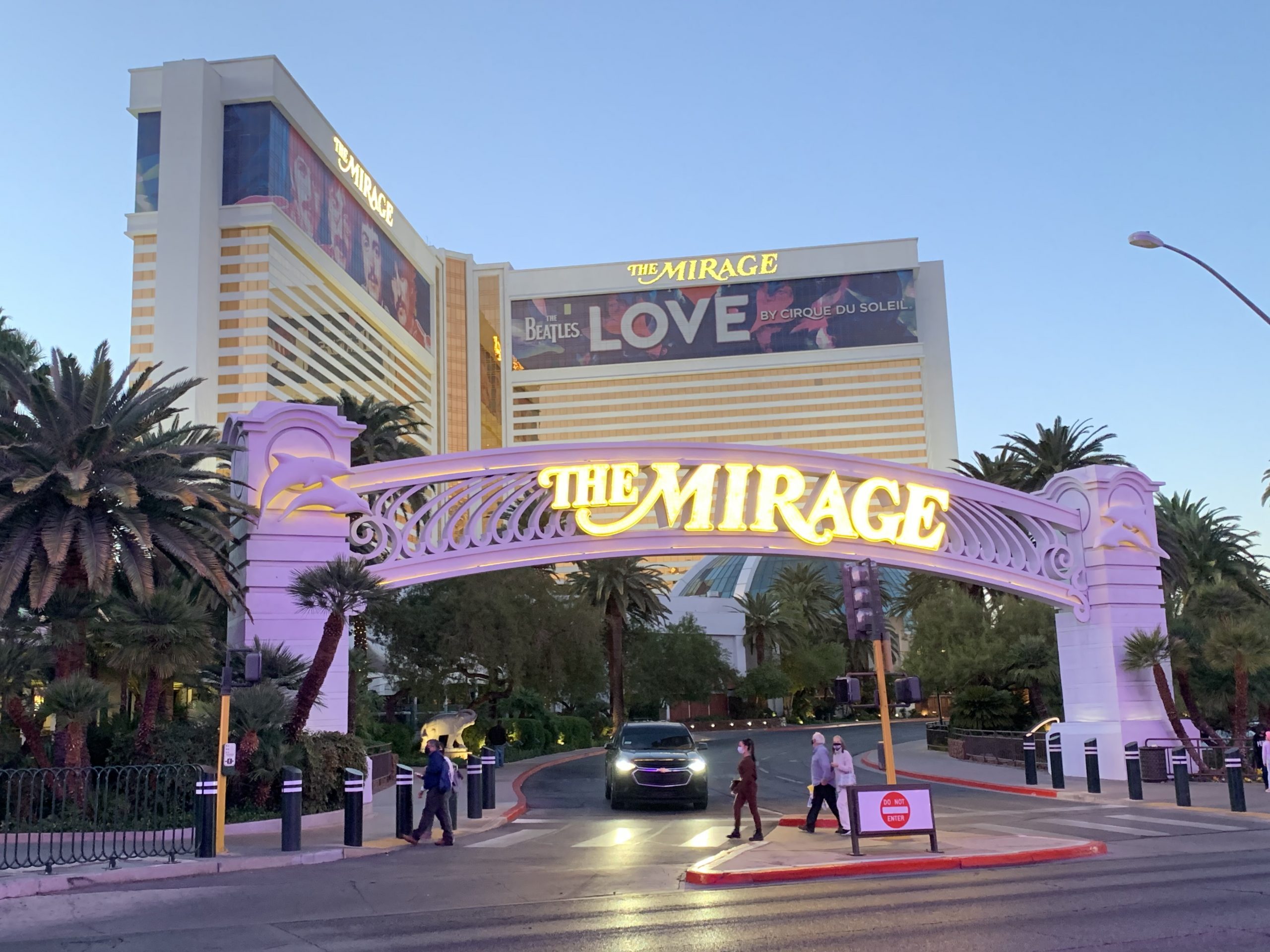 MGM Is Parting With Mirage Las Vegas, Sale Could Be Worth $600M

MGM Resorts International (NYSE:MGM) confirmed on its third-quarter earnings conference call Wednesday that it commenced the sale process for the Mirage on the Las Vegas Strip, bringing an end to long-running speculation about the fate of the integrated resort.

MGM is selling Mirage operating rights. An analyst says the deal could fetch up to $600 million. (Image: 8NewsNow.com)

The divestment marks the end of an era for MGM’s association with the property, which Steve Wynn opened in 1989. In 2000, the operator previously known as MGM Grand doled out $4.4 billion to acquire the company then known as Mirage Resorts. The Bellagio, Treasure Island, a 50 percent stake in the Monte Carlo and other Nevada gaming venues as well as casinos in Australia, Detroit and Mississippi were also included in that deal.

On a conference call with analysts, MGM CEO Bill Hornbuckle, who started his career at the Mirage in 1989, said the largest operator on the Strip is in the “early stages” of the sale process.

Today we are announcing that, after careful consideration, we have made the decision to sell the operations of The Mirage to another operator, a move that we believe is best for the long-term success of both the property and MGM Resorts,” said Hornbuckle in a letter to Mirage staffers.

Mirage’s real estate is owned by MGM Growth Properties (NYSE:MGP), the gaming real estate investment trust (REIT) spun-off by MGM in 2016. VICI Properties is in the process of acquiring MGP for $17.2 billion in equity.

Since late 2019, the pace of property sales on the Strip has been hot even with a break caused by the coronavirus pandemic.

MGM has been at the forefront of many of those transactions as both buyer and seller. In September, the soon-to-be former Mirage operator shelled out $1.6 billion to acquire Cosmopolitan’s operating rights from Blackstone (NYSE:BX). That deal was announced after MGM sold Aria and Vdara to the private equity behemoth in a sale-leaseback transaction.

In late 2019, MGM sold the property assets of Bellagio to Blackstone and Circus Circus to Treasure Island owner Bruce Ruffin. Early the following year, the casino giant sold the real estate of MGM Grand and Mandalay Bay to MGP and Blackstone Real Estate Income Trust (BREIT) for $4.6 billion in another sale-leaseback transaction.

News of MGM’s plan to sell the Mirage comes a day after rival Caesars Entertainment (NASDAQ:CZR) said it’s eyeing divestment of one of its Strip assets in early 2022. Caesars executives didn’t specify which of its venues it will put on the auction block.

MGM didn’t say what the asking price is for Mirage’s operating, but on the conference call, an analyst said the sale could generate $500 million to $600 million in proceeds for the seller. That’s far less than what it paid for Cosmopolitan’s rights and well below the $2.25 billion Apollo Global Management is paying for the rights to Venetian and Sands Expo & Convention Center.

MGM also didn’t comment on potential suitors, but due to the perceived rarity of Strip properties coming to market and the allure of being in the largest domestic gaming mecca, the list of potential buyers is likely to be long.

There was recent talk Ruffin could make a run at Mirage due to the property being connected by tram to his Treasure Island, but that chatter died down. Golden Nugget boss Tilman Fertitta has long coveted a Strip asset. His company is currently working through a deal with blank-check firm to again become a publicly traded entity.

Tribal gaming giant Hard Rock International has also been mentioned online as a possible Mirage suitor. That’s not a far-fetched scenario as tribal operators are upping their Las Vegas footprints, but Hard Rock has lots of irons in the fire, including pitches for a Chicago gaming venue and pursuit of market entry in New York City and northern New Jersey.