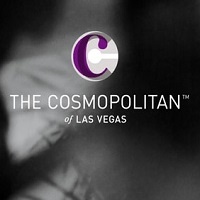 The sale of the Cosmopolitan Casino in Las Vegas is moving forward, following the Nevada Gaming Control Board unanimously approving the transfer of interest and licensing to MGM. Now, the state Gaming Commission will weigh in on a final approval on May 19th.

The Cosmopolitan Casino, in a prime location on the Las Vegas Strip, opened its doors in December of 2010. It was built for $3.9 billion, and now MGM will purchase the operations of the property for $1.6 billion.It sits beside the popular CityCenter complex and the Bellagio casino, both owned by MGM Resorts.

Despite the positive move for MGM, the company still plans to sell The Mirage Casino to Hard Rock, leaving them fewer Strip casinos than just ten years ago. However, the Cosmopolitan has over 3,000 rooms, a casino floor over 100,000 square feet, another 300,000 square feet of shops and restaurants, plus a 150,000 square foot convention space.

Original plans called for the casino to be on the second floor, but this was later changed and the casino was built on ground level, like most other Las Vegas hotel-casinos. Planned condo units were cancelled and replaced with studios and other hotel rooms

The real estate of the venue is to be sold to a group of buyers which includes the Blackstone real estate investment trust.

2022-05-06
Previous Post: PokerGO Releases 2022 WSOP Broadcast Schedule; 21 Bracelet Events to Be Streamed
Next Post: Who Will Be the Next LA Lakers Head Coach? –