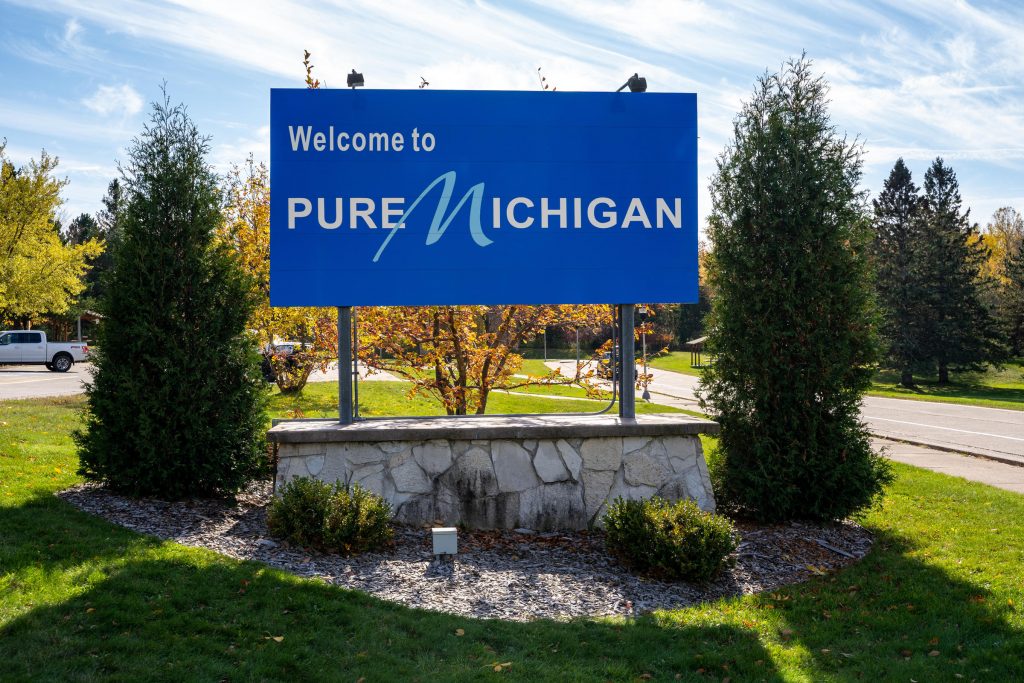 Michigan is on its way to join New Jersey, Nevada, and Delaware in the Multistate Internet Gaming Agreement (MSIGA), which allows member states to share online poker player pools.

Michigan will most likely allow its online poker sites to share player pools with other states. (Image: MelissaMN/Adobe Stock)

Michigan Gaming Control Board (MGCB) spokeswoman Mary Kay Bean told CardsChat that Michigan has applied to join the compact. The timeline for approval or rejection is up to the MSIGA’s board, which includes a member from each state. If approved, the compact will be amended to include Michigan.

Upon approval, online poker sites will be able to bring poker players in Michigan, New Jersey, Nevada, and Delaware under one virtual online roof.

For poker players, this would mean better game selection and bigger tournament fields, which translates to larger prize pools and guarantees. To see a real example, take a look at the prize-pool guarantee discrepancy for this month’s WSOP Online Circuit Series in Pennsylvania, which doesn’t share its players, and New Jersey and Nevada, which do.

For approved online poker rooms, it would allow them to consolidate all operations from Michigan to an MSIGA member state, most likely New Jersey.

Nevada, New Jersey, and Delaware have shared poker player liquidity since their governors signed the MSIGA agreement in 2017.

Michigan Gov. Gretchen Whitmer signed legislation that allowed the MGCB to enter pacts with other states in 2020, a full year before online poker launched in the state.

Most likely a requirement to apply to the MSIGA, the five-page document is a comprehensive set of guidelines and rules that online poker sites must follow in order to be able to operate outside of Michigan’s borders. It reads:

Michigan now has two online poker rooms, PokerStars and BetMGM, which use PartyPoker’s software. Shared poker player liquidity will most likely lead to more rooms to open in Michigan.

The only poker client to take advantage of the MSIGA is 888, whose software runs WSOP.com in New Jersey and Nevada. The company is still waiting for MGCB’s approval to open WSOP.com in Michigan.

If Michigan joins the MSIGA, the poker sites will have to apply and receive approval from MGCB to jump into the multistate pool.

What’s up with Pennsylvania?

According to Douglas Harbach, spokesperson for the Pennsylvania Gaming Control Board, joining the MSIGA and sharing online poker pools with other states is on the table. But, ultimately, the decision is up to Gov. Tom Wolf or the next Governor of Pennsylvania.

A term-limited state, a new Governor will be elected in November.

Although board members have “been involved in discussions (to join MSIGA), the Governor’s Office is the ultimate authority on entering such an agreement and they have taken the matter under advisement,” Harbach wrote in an email.

A media inquiry to Gov. Tom Wolf’s office was not answered by press time.

Governor Wolf’s administration would have to amend existing laws to clear the way for the PGCB to apply for MSIGA membership. One of the pieces of bureaucratic nitty-gritty that needs to be cleaned up is the requirement that a poker site’s servers must be located in Pennsylvania. New Jersey requires the same.

If Michigan is accepted into the MSIGA, Pennsylvania would be the only state with online poker sites that isn’t a member.