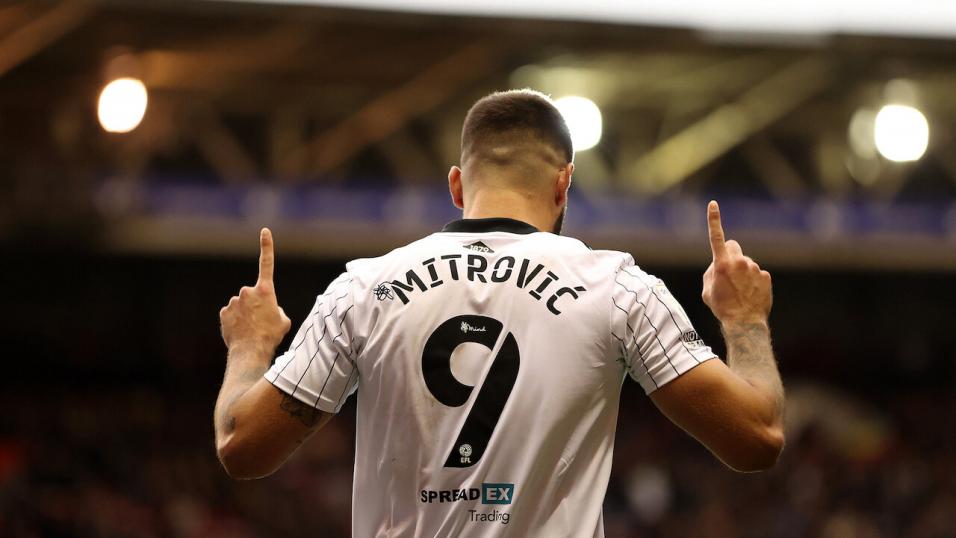 Mitro to make his mark at Oakwell

Barnsley boss Poya Asbaghi said Tuesday night’s 1-1 draw with Stoke ‘feels like a loss’ after the visitors equalised in the 94th minute. Domingos Quina‘s superb goal gave the Tykes a 70th-minute advantage at Oakwell but the hosts conceded deep into stoppage-time to remain second-from-bottom with the gap to safety now down to five points.

Despite the disappointment, Asbaghi is determined to ensure the point remains meaningful at the end of the season. He said: “It is tough at this moment. I am not happy with a point but it’s our job to make sure that that point means something. I can understand the frustration and disappointment, but we don’t have too time to feel sorry for ourselves. “

The Reds made one change from last weekend’s loss at Derby as Matty Wolfe dropped to the bench with Liam Kitching starting. Barnsley switched from 4-2-3-1 to 3-5-1-1 with Kitching on the left of the back three and Callum Styles moving into central midfield alongside Claudio Gomes and Quina with Amine Bassi just behind Carlton Morris up top.

Fulham extended their lead at the top of the Championship to 14 points by thrashing 10-man Swansea 5-1 on Tuesday night. The Swans started strongly but had Ryan Manning sent off at the end of the first half and the Cottagers dominated proceedings thereafter with Aleksandar Mitrovic putting the Whites ahead 14 seconds into the second half.

A Ben Cabango own goal doubled the advantage, Bobby Decordova-Reid added a third and, after Joel Piroe headed in for Swansea, Neco Williams struck Fulham’s fourth before unleashing a stunning fifth. The free-scoring league leaders have now racked up a staggering 89 goals in 35 games this season, with Mitrovic’s tally of 35 coming in only 33 appearances.

Speaking post-match, manager Marco Silva said: “It was a tough game but like we expected. After the red card, the game changed. They take many risks in those situations and we pressed them and forced the mistake, then it was a matter of time until we scored more. It wasn’t our best performance but I have to congratulate the players on a good win.”

Barnsley and Fulham have faced off on 11 occasions over the past two decades with the Cottagers enjoying a slight W6-D1-L4 supremacy in head-to-head encounters. The Whites ran out comfortable 4-1 winners in the reverse match-up back in November and have been beaten just once in their most recent four trips to Oakwell at this level (W2-D1-L1).

Barnsley 6.806/1 have struggled to hit last season’s heights and remain right in the relegation mire.

The Reds rank second-bottom on Expected Points (xP), and Expected Goals (xG) ratio, and have scored a joint-low 25 goals in 35 fixtures.

However, the Tykes have W2-D3-L2 at Oakwell since the start of December, with both defeats arriving by a 1-0 scoreline.

Fulham 1.574/7 have claimed 10 wins from 12 Championship outings since Christmas (W10-D1-L1), plundering an eye-watering 38 goals during that impressive sequence. Marco Silva’s men have proven dominant against the league’s lesser lights, with the Whites boasting a W20-D5-L3 return against teams outside the top-six, as well as a W11-D3-L2 away record.

Barnsley have not been among the Championship’s chief entertainers in 2021/22. The Tykes’ tussles have produced Over 2.5 Goals profit in only 13/35 (37%) games with matches averaging just 2.17 goals – those figures drop further at Oakwell with the Reds delivering just 4/17 (24%) winning Over 2.5 Goals wagers and a goals per-game output of 1.94.

In contrast, Fulham’s fixtures have featured 3.63 goals per-game away from Craven Cottage with the visitors racking up 44 goals in 16 away days. Maro Silva’s men are short-priced favourites to succeed and should have the quality to claim a 12th success on their travels in 17 – taking Fulham to win and Aleksandar Mitrovic to score gives us a 2.285/4 shout.

Mitrovic has bagged 15 goals in 15 starts away from home already this term and has only failed to find the back of the net in 10 of his overall 33 appearances in 2021/22.