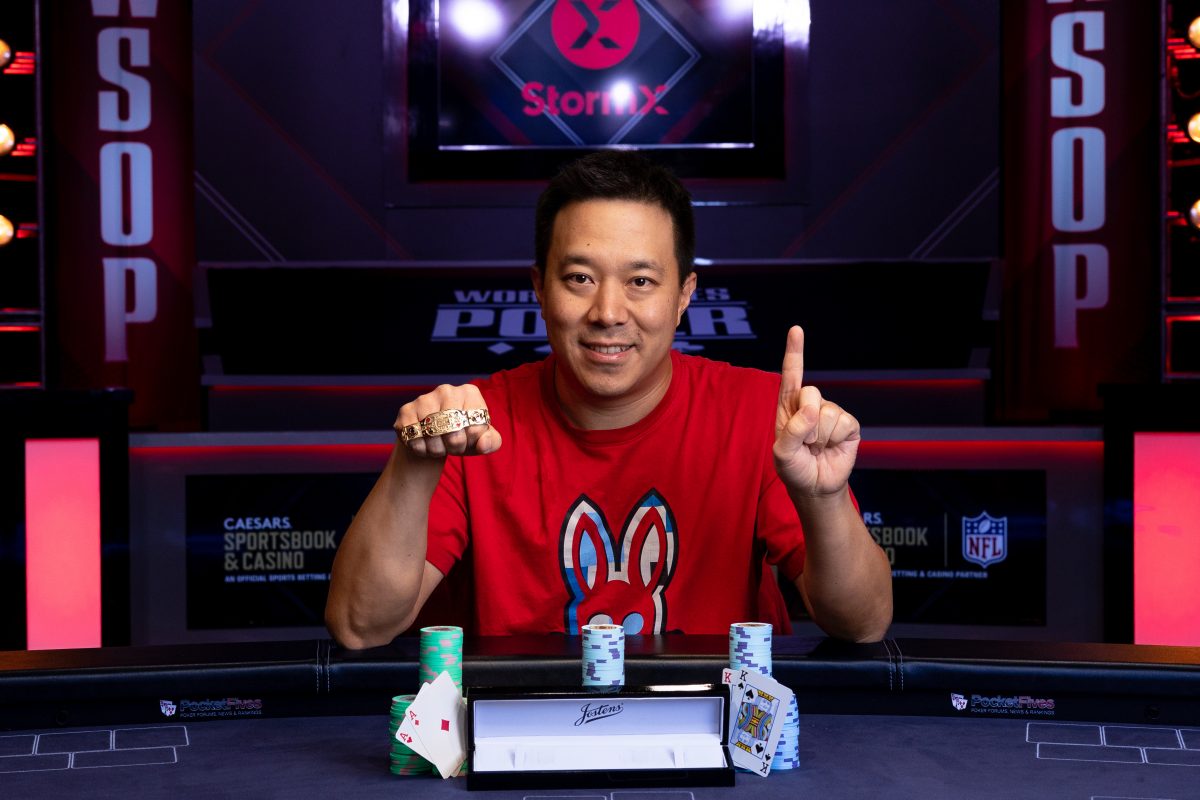 Mixing it up with Andrew Yeh

Andrew Yeh is this week’s guest on the “friendliest podcast in town. (Image: WSOP)

Although he holds the title of champion of one of the more prestigious poker tournaments in the World, Yeh is mainly a cash game player who makes his “bread and butter” in the $80/160 game at Resorts World in Las Vegas.

He’s easy to find. He’s the guy handing out candy from a big bag.

Also, he shouldn’t be confused with another player with the same name, who’s had some success playing online poker. This Yeh doesn’t like online poker.

“It’s always been live and cash games. Very little tournaments,” Yeh tells Strazynski in this week’s episode. “I’m not an online guy. I don’t like playing online very much. I found it’s too easy to be distracted when I’m playing. After awhile, it got really boring, really fast.”

Yeh got his start playing No-Limit Hold’em, but had instant success in the first Omaha Eight-or-Better Hi/Lo tourney he entered in 2008 — a $500 event at Caesars Palace. He finished fifth for $4,540.

Soon after, he found the $30/60 Omaha 8OB game at the Bellagio where he became a regular, following the game first to the Wynn before landing at Resorts World two years ago.

That game, Yeh said, “kick-started” his journey as a mixed-game specialist. But it wasn’t always a smooth trip. Yeh talks about how he had to learn bankroll management and how to overcome playing like a young man with no responsibilities.

“I was playing either more for fun or being a degenerate,” he says. “Either one.”

What changed? He got married.

His HORSE bracelet came after years of cashing in mixed-game tournaments, mostly variations of Omaha.

Yeh cashed 22 times at the WSOP, with all but four of those coming in hold’em events. His first two cashes were in the Main Event. Still, it’s sort of fitting that Yeh won his first bracelet while playing Omaha 8OB during the final hand of the HORSE Championship.

The $487K payday pushed Yeh past the $1 million for lifetime tournament cashes.

Andrew Yeh’s past year at the WSOP

For a player who doesn’t enter many tournaments, Yeh makes the most of his appearances, as his results at the WSOP show for the past year.

As is standard on “the friendliest poker podcast in town,” Yeh answered questions from CardsChat forum members. Visit the thread to find out who will be the next guest and to submit your questions.