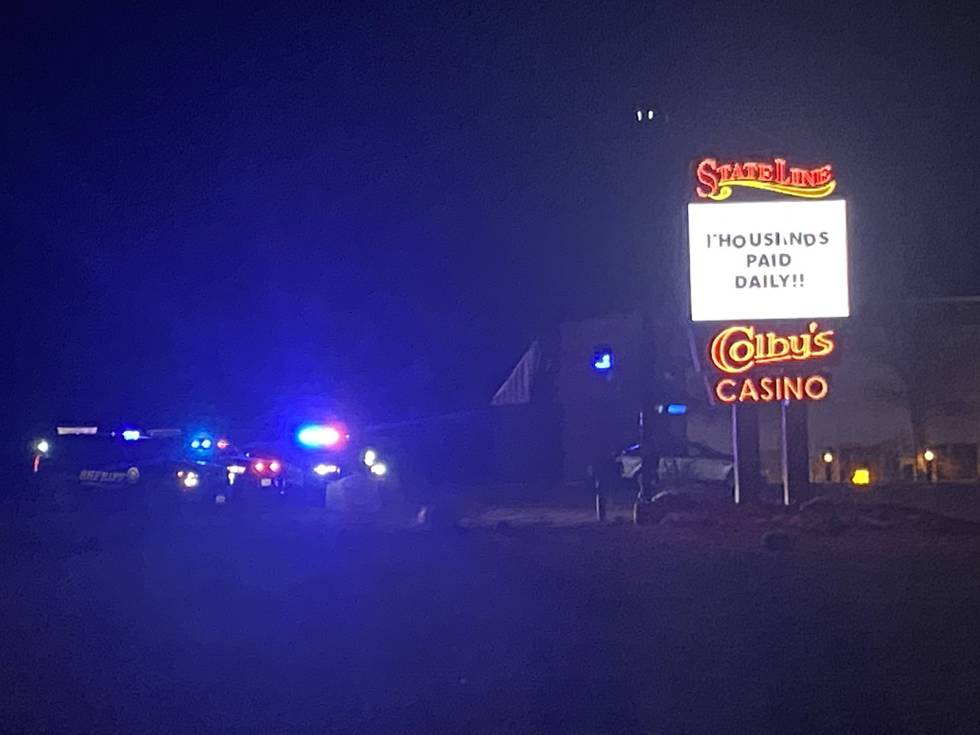 A shooter fatally wounded two people Saturday before turning the gun on himself at Stateline Casino in Bainville, Mont. When deputies arrived late yesterday afternoon, all three were deceased, according to media reports.

Sheriff’s vehicles parked near an illuminated sign at Stateline Casino in Montana, pictured above. Deputies continue to investigate the shooting death of two people at the gaming property after which the shooter fatally shot himself. (Image: KFYR)

The shootings apparently took place inside the casino, the Billings Gazette, a local newspaper, reported. Deputies located the bodies at about 5:30 pm Saturday, according to Roosevelt County Sheriff Jason Frederick.

It is unclear what time the shootings occurred. Authorities have yet to explain a motive behind the shootings. But it initially appears to be a murder-suicide.

Both Stateline Casino and nearby Colby Casino were closed after the shootings. No word as of early Sunday when they will reopen.

A weekend Facebook post from Stateline said, “In tandem with Colby’s casino, we, too, will be closed until further notice.

“Our entire staff is so grateful and overwhelmed with all of the support. Feeling so thankful for a community of caring people and brave first responders!”

We appreciate the outpouring of concern, love, and support. Our staff and customers are all safe and very thankful to the many emergency personal [sic] who responded so quickly,” a second post from Colby said.

The sheriff’s office provided few details on the crime. More information is expected after the families of the deceased are notified.

Autopsies on the deceased are likely to be performed. Deputies were believed to be looking for and speaking to witnesses. They typically also search the crime scene for evidence.

There was no danger to the public, the sheriff’s office added in a weekend statement.

Bainville is a small town in Eastern Montana. Its population is only a few hundred people.

Prior Murder-Suicides at Casinos

Nationwide, other murder-suicides have taken place at gaming properties. One of the most infamous was on Oct. 1, 2017, when Stephen Paddock, 64, of Mesquite, Nev., killed or injured several hundred people attending the Harvest music festival on the Las Vegas Strip.

He was perched on the  32nd floor in the Mandalay Bay Hotel and fired more than 1,000 bullets. He then fatally shot himself. No motive for the mass shooting was ever revealed. In September, 2020, MGM Resorts International and its insurers settled with shooting victims for $800 million.

More recently, in March, a Wynn Las Vegas security officer and an employee of the hotel-casino died after an apparent murder-suicide in a parking garage at the Strip location.

The employee was seated in his car when he shot the security officer. The officer was standing at the car door, and the officer was pronounced dead at the scene.

After shooting the officer, the employee got out of his car and shot himself once. He also was pronounced dead at the scene.