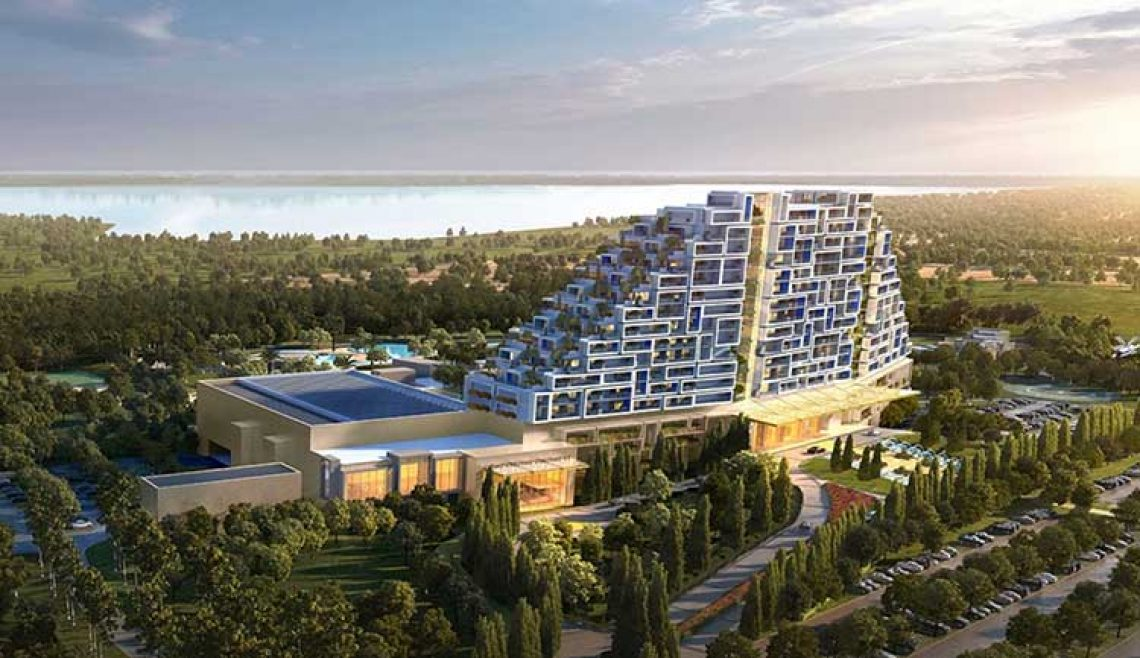 Moody’s Investors Service Inc has downgraded Melco Resorts Finance Ltd’s corporate and family ratings, as well as senior unsecured ratings, from Ba2 to Ba3. According to an announcement from the firm on Monday, the change was a result of the outlook for the casino operator remaining “negative.”

A rendition of City of Dreams Mediterranean, seen above, is expected to be one of the largest integrated resort projects launched by Melco Resorts. However, some believe the outlook for the operator is negative. (Image: Inside Asian Gaming)

Melco Resorts Finance is a  unit of casino operator Melco Resorts and Entertainment Ltd, which has business in Macau and in the Philippines. It is also in the process of launching substantial operations in Cyprus; however, those plans have been delayed due to the COVID-19 pandemic.

Moody’s projects Melco Resorts’ adjusted financial debt/earnings before interest, taxes, and amortization to rise to around 5% to 5.5% in 2023. The firm stated that this would be “meaningfully greater” than the 3.3x reported in 2019.

The rating downgrade reflects our expectation that Melco group’s debt levels and leverage metrics over the next few years will be substantially higher than pre-pandemic levels, because of the slow recovery in earnings amid lingering travel restrictions and sizeable capital spending,” asserts Moody Assistant VP and analyst Sean Hwang.

The current view comes despite the assumption that Melco’s earnings “will recover substantially by 2023,” added Hwang.

Moody’s rates obligations as ‘Ba’ when they are subject to “substantial credit risk,” according to the ratings agency. The “3” signifies a rating at the lowest end of this generic rating.

According to the rating agency, Melco Resorts will likely see weak earnings and low operating cash flow for 2021-22. Melco Resorts will need to fund much of its capital expenditures with additional debt to 2022, it added. This is mainly due to its Cyprus integrated resort project, as well as the Studio City phase two expansion.

These were references both to City of Dreams Mediterranean on Cyprus, as well as the majority Melco Resorts-owned Studio City resort at Cotai in Macau.

Lawrence Ho Yau Lung, chairman and CEO of Melco Resorts, stated in July that phase two should be ready by December 2022.

The expansion will see the property add more hotel rooms, with two luxury hotel towers adding approximately 900 suites and rooms. Gaming space will increase, along with non-gaming facilities like a multiscreen movie theater, restaurants, spaces for conferences, meetings and an indoor/outdoor swimming pool. In May, the water park’s first phase was inaugurated.

Moody’s stated that in 2022 it would lower its Macau mass-market gaming revenue (GGR). It expects a “near-full recovery” in 2023.

The institution also projected that the city’s revenue from VIP gaming in 2023 would be substantially lower than the levels of 2019. This is due to growing regulatory scrutiny for the segment.