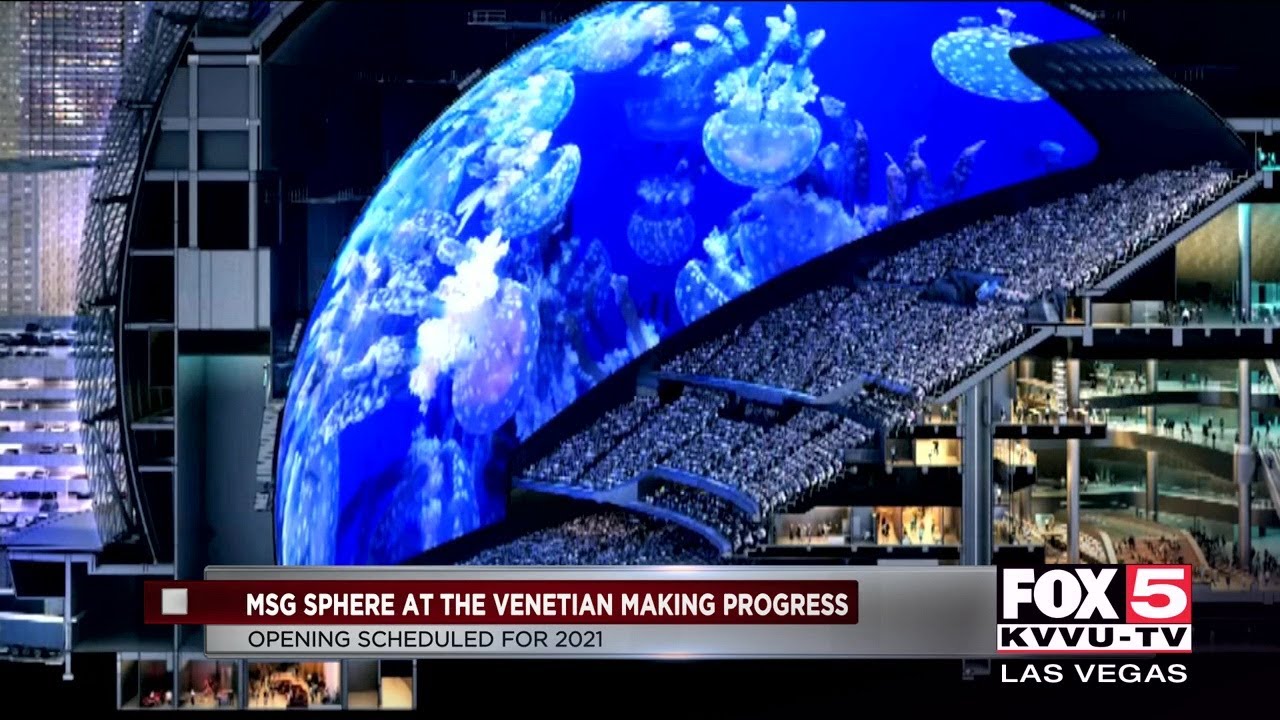 Madison Square Garden Entertainment Corp. (NYSE:MSGE) announced that it is moving ahead with a spin-off of its live entertainment business, meaning investors will receive shares in a company holding the Sphere on the Las Vegas Strip and, potentially, Tao Group — a firm synonymous with posh Sin City nightclubs.

A rendering of the MSG Sphere on the Las Vegas Strip. MSGE is moving ahead with a related spin-off. (Image: FOX5 Las Vegas)

The New York-based company said last Friday it “confidentially submitted” an amended Form 10 registration filing with the US Securities and Exchange Commission (SEC) and that the public version of that document should be available next month. The spin-off is slated to be finalized by the end of March.

Holders of MSGE Class A and B shares will retain a two-thirds in a company bearing the Madison Square Garden Entertainment, which includes assets such as Madison Square Garden, Hulu Theater, Radio City Music Hall, the Beacon Theatre in New York City, and The Chicago Theatre.

Though costs are soaring MSG Sphere in Las Vegas is scheduled to open later this year and is already tied to some big-name events.

That venue’s first event is slated to be a U2 concert, and it already inked an agreement with Formula 1 in advance of the circuit’s upcoming Las Vegas Grand Prix in November 2023. It’s a widely anticipated project, but one that’s also been beset cost overruns, with the company recently revealing high inflation boosted the Sphere cost by $175 million to $2.175 billion.

However, the statement issued by MSGE last week didn’t mention plans for the Tao Group. Speculation surfaced earlier this month that Golden Nugget owner Tilman Fertitta is interested in buying Tao and that if MSGE moves forward with that transaction, it could use proceeds to cover some Sphere costs.

Next Steps in MSGE Spin-Off

The spin-off is likely a go as it monetizes assets with growth potential while possibly delivering value to MSGE investors.

“Completion of the transaction remains subject to various conditions, including effectiveness of the Amended Form 10 Registration Statement, certain league and other approvals, receipt of a tax opinion from counsel and final Board approval,” added MSGE in the statement.

As for Tao, analysts believe MSGE boss James Dolan could sell the night club unit if he can come close to fetching $800 million for it. It’s estimated roughly $480 million of that sum would flow to MSGE investors.