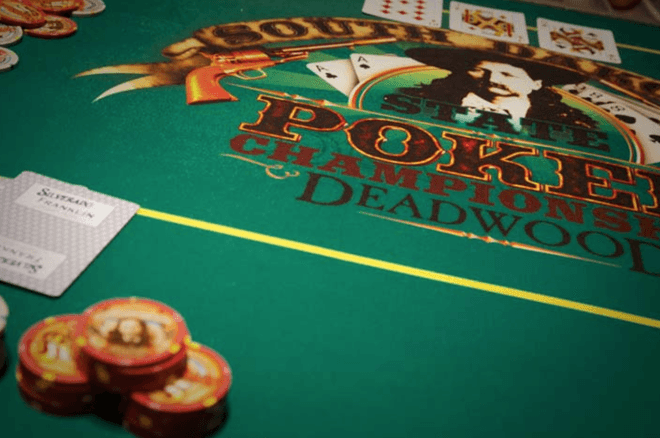 The Mid-States Poker Tour (MSPT) will be stopping at Silverado-Franklin Casino in Deadwood, South Dakota later this month for the South Dakota State Poker Championship.

The South Dakota State Poker Championship will feature the $1,110 buy-in Main Event, a two-day event with two starting flights that will run from May 20-22.

This year’s Main Event has a guaranteed prize pool of $100,000, though it is likely to surpass that. The MSPT Main Event at the 2019 MSPT South Dakota Deadwood Shootout attracted 387 runners to generate a prize pool of $373,886, nearly quadrupling the guaranteed $100,000. 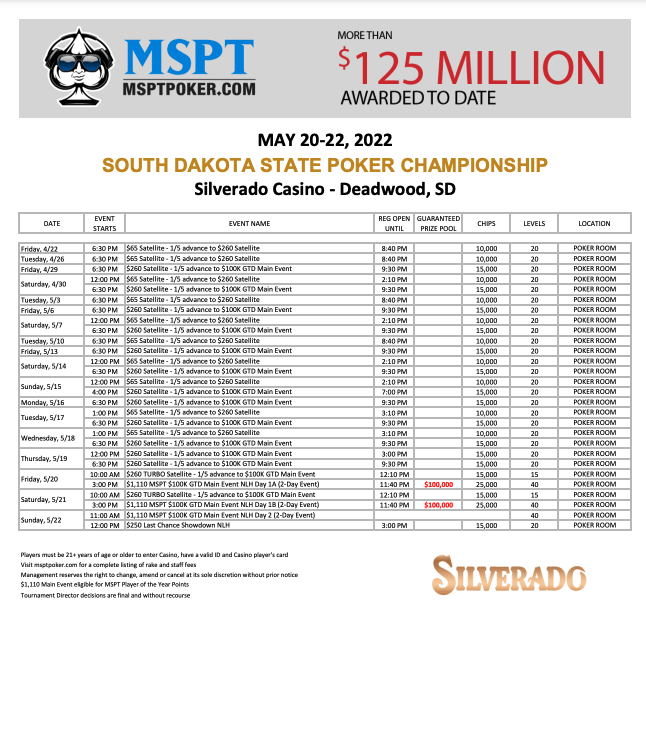 Players will begin with a starting stack of 25,000 tournament chips and blinds at 100/100/100. Both starting flights will play through the end of Level 15 or until approximately 12% of the field remains.

Each level will last 40 minutes in duration until heads-up play is reached, at which point levels will shorten to 30 minutes.

Day 2 will commence on May 22 at 11 a.m. local time and will play down to a winner, who will take home the bulk of the prize pool and the glorious MSPT trophy.

The MSPT stop will wrap up with $250 Last Chance Showdown NLH, a one-day event that gets underway on May 22 at noon.

Mark Steffen took down the Main Event at the 2021 MSPT Deadwood Shootout in October to win $82,256, defeating Rosie Paules during heads-up play. 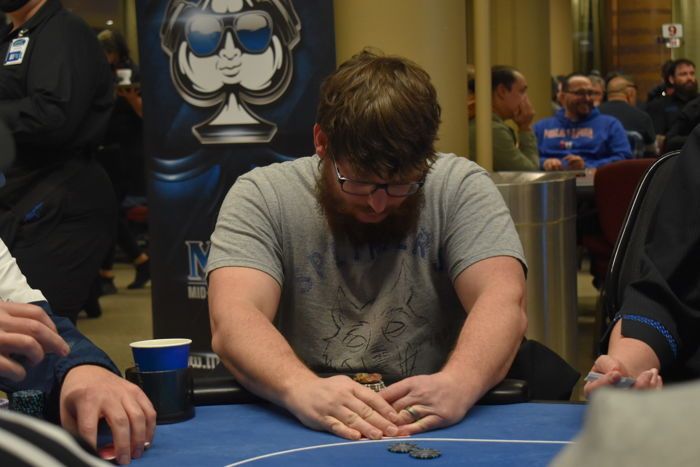 Steffen, who is from Hot Springs, South Dakota, had less than $5,000 in live tournament earnings before winning the career-best five-figure score, according to The Hendon Mob.

After South Dakota, MSPT will head to the Venetian in Las Vegas for the $1,600 Main Event, which runs from June 6-10 and has a huge $2 million guarantee.

A full schedule for the MSPT South Dakota State Poker Championship is available in the table below.