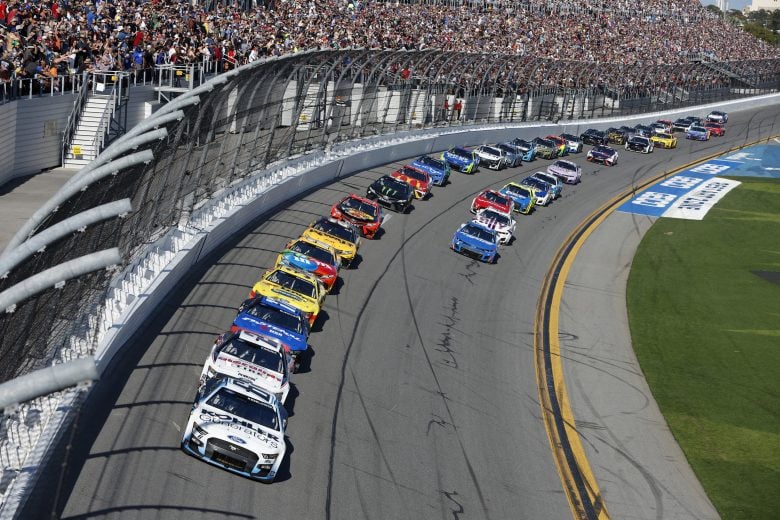 NASCAR Pact with Sportradar to Include Betting Handle Reports

NASCAR this week announced it signed an integrity agreement with Sportradar Integrity Services. Under terms of the pact, the stock car racing association will receive regular reporting on betting trends in the sport, which it will look to leverage in order to grow the sport’s fan base.

NASCAR drivers race at the famed Daytona International Speedway in February for 64th running of the Daytona 500. This week, NASCAR announced an extension of its partnership with Sportradar. The new agreement will provide integrity protection services and also give the stock car racing organization betting data for its sports and the entire US sports market. (Image: Sean Gardner/Getty Images)

The multi-year deal is an extension and expansion of the parties’ current agreement. The Swiss-based will monitor bets and utilize its fraud detection system for all of NASCAR’s divisions. Besides the NASCAR Cup Series, which is the organization’s top tier, Sportradar will also observe wagering activity for the second-tier NASCAR Xfinity Series and the NASCAR Camping World Truck Series.

The stock car racing association will be the first North American major professional sports organization to utilize Sportradar’s Handle Estimation and Reporting Service. That will entitle NASCAR officials to receive quarterly handle reports tied to its races as well as an annual report outlining the handle for all US sports betting activity.

Sportradar will also provide a yearly workshop on integrity and offer an online tutorial course. The company also will make its Intelligence & Investigation Service and its Integrity Audit Service available to NASCAR officials.

Joe Solosky, who is the managing director of sports betting for NASCAR, said the association’s association with Sportradar plays “a foundational component” in its successful involvement in sports betting.

When we began our journey into legal sports betting, our first priority was to protect the integrity of our product. Through this renewal, we’ll continue to ensure that our drivers, teams and industry stakeholders are educated on our policies,” Solosky said. “We are excited for this next step of the relationship between NASCAR and Sportradar to drive interest and engagement with our sport.”

NASCAR runs one of the longest seasons in US sports. This year, the season started on Feb. 6 in Los Angeles and will conclude in Phoenix on Nov. 6. Of the 41 races on this year’s schedule, 21 will run in states that offer legal sports wagering. That includes two stops in Las Vegas.

NASCAR is one of more than 150 major sports leagues or organizations that have brought on Sportradar as an integrity partner. In addition, 85 percent of sports betting operators in the US rely on the company for its services as well.

“NASCAR’s unwavering commitment to upholding the highest levels of competitive integrity has been instrumental to its success, and we look forward to continuing to safeguard their sport through our growing portfolio of industry-leading products and solutions,” said Andy Cunningham, director of global partnerships for Sportradar Integrity Services.

Sportradar uses an international staff that analyzes betting activity in an effort to identify aberrant behavior. Last year, the company’s team identified more than 900 matches around the world that were suspicious based on betting patterns, a record number. And those, according to company officials, led to dozens

Over the past 17 years, the number of events identified as suspicious is about 7,000.

2022-04-16
Previous Post: An abundance of goals at the Kiyan Prince
Next Post: America’s Best Horses for April 12