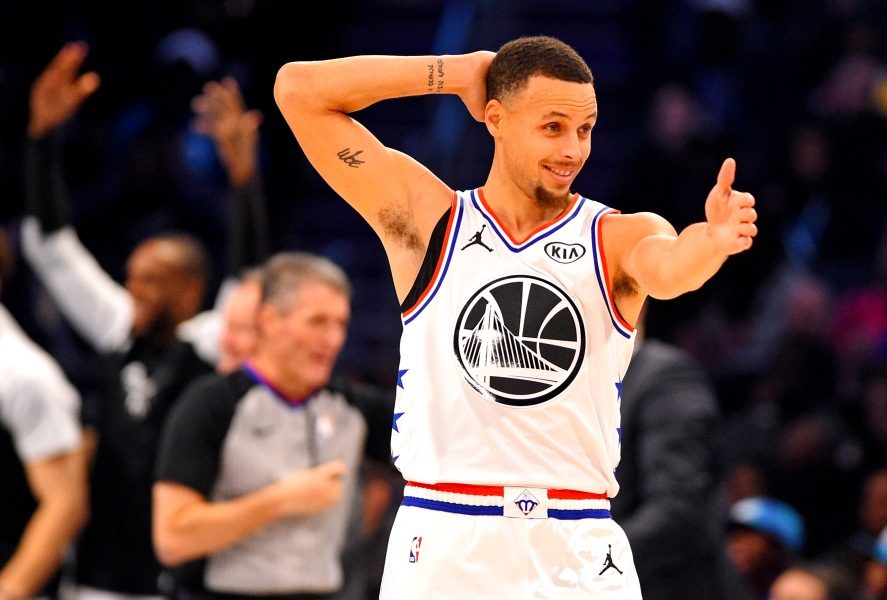 Among LeBron James’ most notable achievements include a four-time NBA champion, four-time NBA Finals MVP and four-time regular-season MVP. However, a little-known accolade is since the NBA All-Star Game went to a draft-style format, his teams have a record of 4-0. It’s no surprise, therefore, to see his squad listed as favorites on the NBA betting lines.

NBA Pick of the Week: Team LeBron vs Team Durant

The secret to James’ success has been his impeccable drafting, something he continued this year. It is with the strength of his starting five that he can stay unbeaten in this style of exhibition game. Team LeBron also gets a bit of a break as Team Durant’s captain and best player, Kevin Durant himself, will not be playing due to an injury.

If the game is played on paper, Team LeBron is quite significantly better than Team Durant. Although this is still an All-Star Game and there isn’t a bad player. The NBA odds are spotting Team Durant 5½ points. Can they cover or even put an end to Team LeBron’s winning streak?

Why They Are The Favorites: As was mentioned, James’ sharp drafting ability has allowed him to create a better team. In fact, James’ starting lineup consists of four players who have won MVPs in himself, Stephen Curry, Giannis Antetokounmpo and Nikola Jokic. James’ team is also more experienced, with nine players having two or more All-Star appearances in the past, compared to just five from Team Durant.

Team LeBron also has the advantage in scoring. At least seven players on his team are averaging 25 or more points this season. Team Durant only has five. James had the more experienced squad last season, and they easily defeated Team Durant despite only being slight favorites on Vegas’ NBA odds.

Why They Could Lose: Going by the running joke Durant was making during the draft, Team LeBron is a bit on the smaller side. Durant made sure to grab all the centers. Team LeBron’s only true center is first-time All-Star Jarrett Allen, who is replacing James Harden.

While having a smaller team has not been too detrimental, if Team Durant “went big”, Team LeBron may have a harder time stopping them on defense. However, it’s worth noting that Team LeBron was outrebounded in two of the games and still won.

Why They Are The Underdogs: Durant did not learn his lesson from last year’s blowout loss. He went with too many first-time All-Stars and saw his team get outplayed for much of the contest. This year, Durant will have four first-time stars. His team is also lacking in scoring, as five of his players are averaging fewer than 20 points compared to just three from Team LeBron.

Durant will also not be playing, which makes it harder for his team to contain Antetokounmpo or James. Lastly, the presence of Andrew Wiggins, who many deem as the weakest player in the event, could also be a detriment to the team.

Why They Could Win: Back to Wiggins. He may be the “weakest” of the event, but he’s still one of the NBA’s premier swingmen. His improved play has allowed the Warriors to return to legitimate championship contender status, and his versatility makes him capable of adjusting to any role. This utility is something Team Durant has in several players, including LaMelo Ball and Dejounte Murray, first-time All-Stars who can fill up a stat sheet.

Team Durant also has the better big men, with Joel Embiid and Karl-Anthony Towns forming a potential two-center front that can be unbreachable. If Team Durant finds a way to utilize its size and versatility, it could dominate Team LeBron on the glass and win this game.

This isn’t rocket science. While both teams are stacked, we cannot discount the superior quality of Team LeBron. They have the better starting lineup and their bench consists of MVP-caliber players like Jimmy Butler, Luka Doncic and Chris Paul. Team LeBron also has three former All-Star MVPs, while Team Durantephden t has none.

These games are also scoring contests, and in addition to having more experience, Team LeBron has way too many potent shooters. A 5½-point line seems like a discount considering Team LeBron could be running away from the outset. Make it five in a row forTeam LeBron.

Antetokounmpo won the game MVP last year and at +700,could be the first repeater since Russell Westbrook in 2015-16. Frontcourt players have won this award the last five years, but we think Curry at +900 could snap this streak. Nearly every NBA great has won this award, and Curry feels due to come away with one.