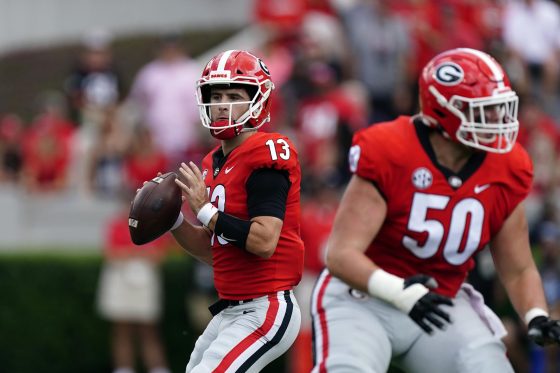 The college football conference championship games are here and the first one kicks tonight at 8pm EST. The public has had all week to take shots at the number and we are here to report those numbers to you.

The USC vs Utah Pac-12 championship game tonight is a rematch of an earlier season meeting, one which gave USC its only loss of the year. USC needs to win this game to make it into the four-team playoff. Utah would love to play spoiler and beat their new rival twice in one year. The line was issued at USC -1 but has since been bet/moved to USC -2.5 points. A full 79% of the public are backing the Trojans in this high-profile game. If you are a contrarian bettor then Utah +2.5 would be your play.

Tomorrow at noon EST the Big 12 will hold their championship matchup. The undefeated TCU Horned Frogs are facing off against up-start Kansas State. KSU is a team that has surprised many bettors and oddsmakers this season. They are 9-3 straight up and 8-3-1 against the spread. Those numbers are only surpassed by TCU’s own record of 12-0 SU and 9-2-1 ATS. This game is also a rematch. TCU was able to knock off KSU 38-28 back on October 22nd. The line for this game opened as TCU -1 and has since bounced back and forth between TCU -1.5 and TCU -2.5 points. Of course the public is all over the undefeated TCU team. 81% of bets made are on TCU. Again, the ATP play would be KSU here. To back that side up even more it should be noted that KSU is 4-1 ATS vs TCU in their last 5 meetings.

At 4pm EST the undefeated and number 1 ranked Bulldogs of Georgia face off against LSU. The line isn’t as close as those first two matchups above as Georgia is favored by a whopping 17 points. The line opened at Ga. -15 but quickly moved to 17, probably as a result of LSU’s performance last week. Amazingly, Georgia is only 6-6 ATS because the spreads have been so very large. The public is split on this matchup but when we run this matchup through our computer we get the finals score of 35-15 in Georgia’s favor.

Bet now at BetUS.com and get a 125% bonus when using promo code SBA125

The Clemson Tigers dropped two games this season, both games that they were expected to win. The play at QB has been erratic. They are favored over UNC by -7.5 points here. The public is throwing down on UNC to the tune of 76%. The ATP play here would be Clemson. Its pretty cut and dry. We really like the Tigers to redeem themselves here.

The Michigan Wolverines are riding high after beating their longtime nemesis Ohio State Buckeyes. Some think that they may be in a “let-down” spot after that big win. They are laying 17 to the upstart Purdue Boilermakers. In fact, 67% of the action is on Purdue. I don’t think Wolverine fans have anything to worry about here. Michigan should lay the wood and win by 20+

2022-12-02
Previous Post: Odell Beckham Jr. Is Not Going to Save New York Giants vs. Washington Commanders
Next Post: EGBA Praised Ireland for Moving Forward with the Gambling Bill