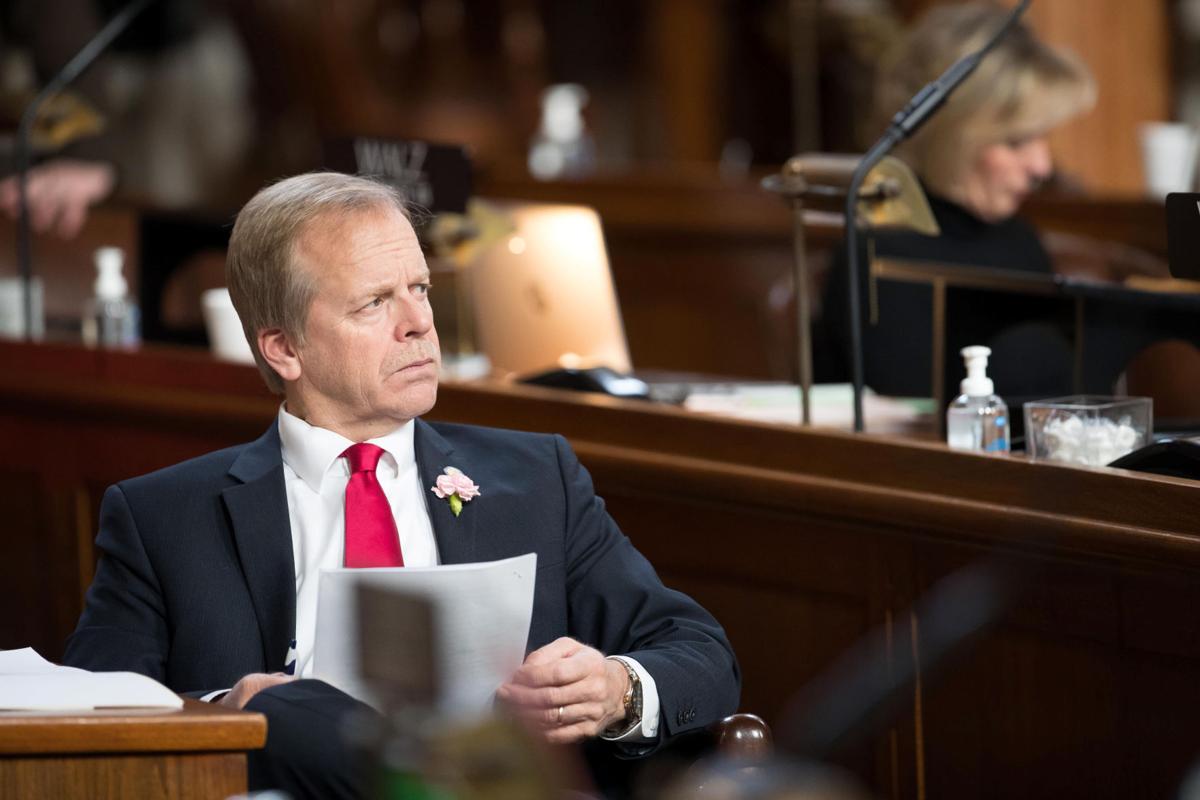 Nebraska casinos are in development after voters signed off on a ballot referendum in 2020. The state’s Racing and Gaming Commission approved governing rules for commercial gambling last month, but a forthcoming bill seeks to determine where casinos can be located.

Nebraska Sen. Tom Briese listens during a 2021 legislative session in the State Capitol building. Briese wants to prevent casinos from operating within 50 miles of one another. (Image: Omaha World-Herald)

The Nebraska Legislature reconvened today to continue its 2021-22 legislative session. State Sen. Tom Briese (R-Albion), who chairs the Legislature’s General Affairs Committee, says he will soon introduce a measure that seeks to create buffer zones around the forthcoming casinos.

Briese plans to submit a statute that would bar the licensing of a commercial casino anywhere within 50 miles of another casino. Under the 2020 ballot referendum, Nebraskans approved of allowing the state’s six horse racetracks to become full-scale commercial casinos with slot machines, table games, and sports betting.

Briese says his forthcoming gaming bill is necessary in order to protect Nebraska from becoming flooded with casinos.

“As of right now, there could be a casino on every I-80 interchange or in every county seat. That’s a slight exaggeration but there could be many, many casinos across the state,” Briese opined.

Horsemen’s Park in Omaha is already moving forward with a $220 million investment to bring a casino to the property. The Nebraska Racing and Gaming Commission in July proposed a new racetrack and casino called Belle Vue Downs, also in Omaha.

Briese’s bill, if passed by the legislature and signed by Gov. Pete Ricketts (R), would block the Belle Vue Downs project. John Hassett, who owns Nebraska-based Advanced Gaming Technologies, a keno operator that conducts games at more than a dozen restaurants and bars across the state, says Briese’s efforts should be rejected.

The bill would be good for those [six] casino owners, but I don’t think it’s good for Nebraska,” Hassett told 3NewsNow. “I don’t like the bill and I don’t think anybody in the state should.”

Bellevue Mayor Rusty Hike doesn’t like it either. He says the legislation would block competition.

“We would never want to limit Omaha from something just because we had the first one, and it goes vice-versa, and it goes for any county in Nebraska really,” Hike declared.

Hassett acknowledges why Briese and the six racetracks might support such a bill to restrict where casino licenses can be issued. With Horsemen’s Park spending nearly a quarter of a billion dollars to build out its casino, it’s understandable why the Horsemen’s ownership group would support a regional gaming monopoly.

But Hassett contends that while 50 miles in rural parts of the state might make sense, in more dense areas such as Omaha the restriction will prevent Nebraska from reaping the tax and economic benefits of permitting casinos.

A 50-mile gaming buffer around Horsemen’s Park would encompass the entirety of the Lincoln capital, Bellevue, and Fremont. Those three cities combined have a population of approximately 827,000 people, or nearly half of the state’s entire population.