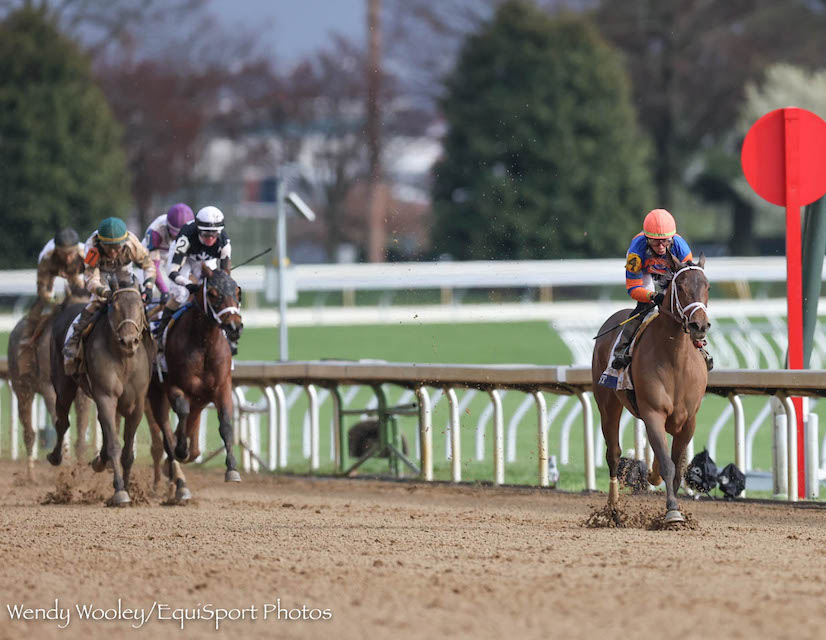 “She’s really come out of the Belmont in good order and I’m very happy with the way she’s coming into this,” said Pletcher, “I thought she got over the track really well and seemed to take to it. It’s not been an issue for her – she’s kind of one that doesn’t need a certain type of surface and I’m not surprised that she’s settled in well here.”

The 3-year-old daughter of Curlin, who has never finished off-the-board in seven career starts, including her 8 ¼-length triumph in the Central Bank Ashland Stakes (G1) at Keeneland prior to the Kentucky Oaks, breezed five-eighths in 1:01.44 on Saratoga’s main track Saturday in company with 2021 champion 2-year-old male Corniche as a final prep for the CCA Oaks.

Owned by Speedway Stables, Corniche is getting set for a return to the track under the care of a new trainer. The $1,500,000 purchase out of the 2021 OBS Spring Sale of 2-Year-Olds in Training is expected to run at Saratoga and had his first breeze over Saratoga’s main track when he went in company with Nest.

“We’re considering the Amsterdam, which interestingly enough was the first race for Quality Road when we had him,” said Pletcher of his alumnus and sire of Corniche. “You can see a lot of Quality Road in him and he’s put in some good work. If things go well next week, that’s probably where we will end up.”

Corniche, who went 3-for-3 as a juvenile for trainer Bob Baffert, capped his perfect campaign with a score in the Breeders’ Cup Juvenile (G1) at Del Mar, finishing 1 3/4 lengths ahead of Pappacap, who he will likely face again in the Amsterdam.