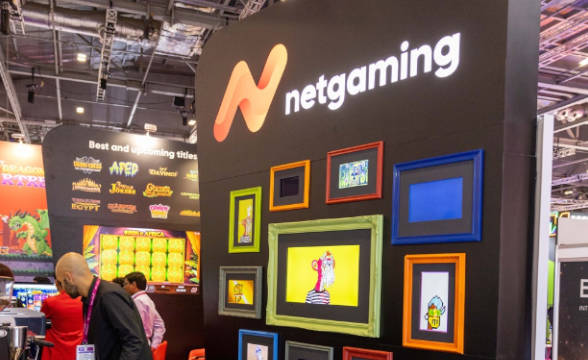 NetGaming has had a fantastic exhibition at ICE London 2022 as the company marked its official entry into the world of non-fungible tokens (NFTs). ICE is the cream of the crop for many B2B specialists as the convention allows companies to present themselves in front of the world and NetGaming invested a lot of effort to get a spot at this year’s event. Even though the interest this year was not as big as previously, ICE remains the top exhibition in the iGaming world.

NetGaming’s CEO Is Thrilled to Build Crypto and NFT Games

The up-and-coming developer started building a reputation as a company that defies all expectations. One of the main highlights of the ICE exhibition was the announcement of its Mutant Ape Yacht Club membership.

That marks the company’s entrance into NFTs and Pallavi Deshmukh, NetGaming’s CEO, was more than thrilled about the opportunity. He stated that NetGaming is more than happy to obtain 4 MAYT NFTs and in doing so, the developer is putting efforts into becoming the first in the industry to create NFT and crypto-related games.

He also added that NetGaming is working to deliver the first game of this character to the players in the second quarter of 2022. NetGaming is also making smart moves and investments to lock its longevity in the iGaming industry, Deshmukh concluded.

Reputable Casino Sites Will Have Access to Netgaming’s Products

The new material of NetGaming will be available at numerous reputable casino brands, including Parimatch, Videoslots, and Unibet. Even though the company was established in 2018, its unique approach to the iGaming industry is what made it a force to be reckoned with.

It operates from offices in India, London, and Malta and the passionate team at this company always explores new concepts and themes and brings them to the light later on. Some of the most popular titles by NetGaming include 3 Wild Jokers, Golden Bear Mountain, American Roulette, Blazing Goals, Book of Dracula, Skulls Gone Wild, MTV Pimp My Ride, and Fruit Twister.

All of the games are designed for both seasoned and new players and thanks to the fact that the staff at NetGaming pays a lot of attention to details, each game comes with HD graphics and unique features.

Back in 2021, NetGaming’s very own Shelby Online Video Slot won the NonStopBonus title of Game of the Month. NonStopBonus is an online catalog that documents the best new releases on the market and there are over 9,000 games on its official website.

Crypto development projects have been ongoing since August 2021, as Deshmukh stated. He thinks that the interest for NFTs has “undeniably woven into our culture” and that is why NetGaming embraced the demand for a “true NFT slot.” The 4 Apes that NetGaming purchased are #2810, #9054, #14988, and #8978.