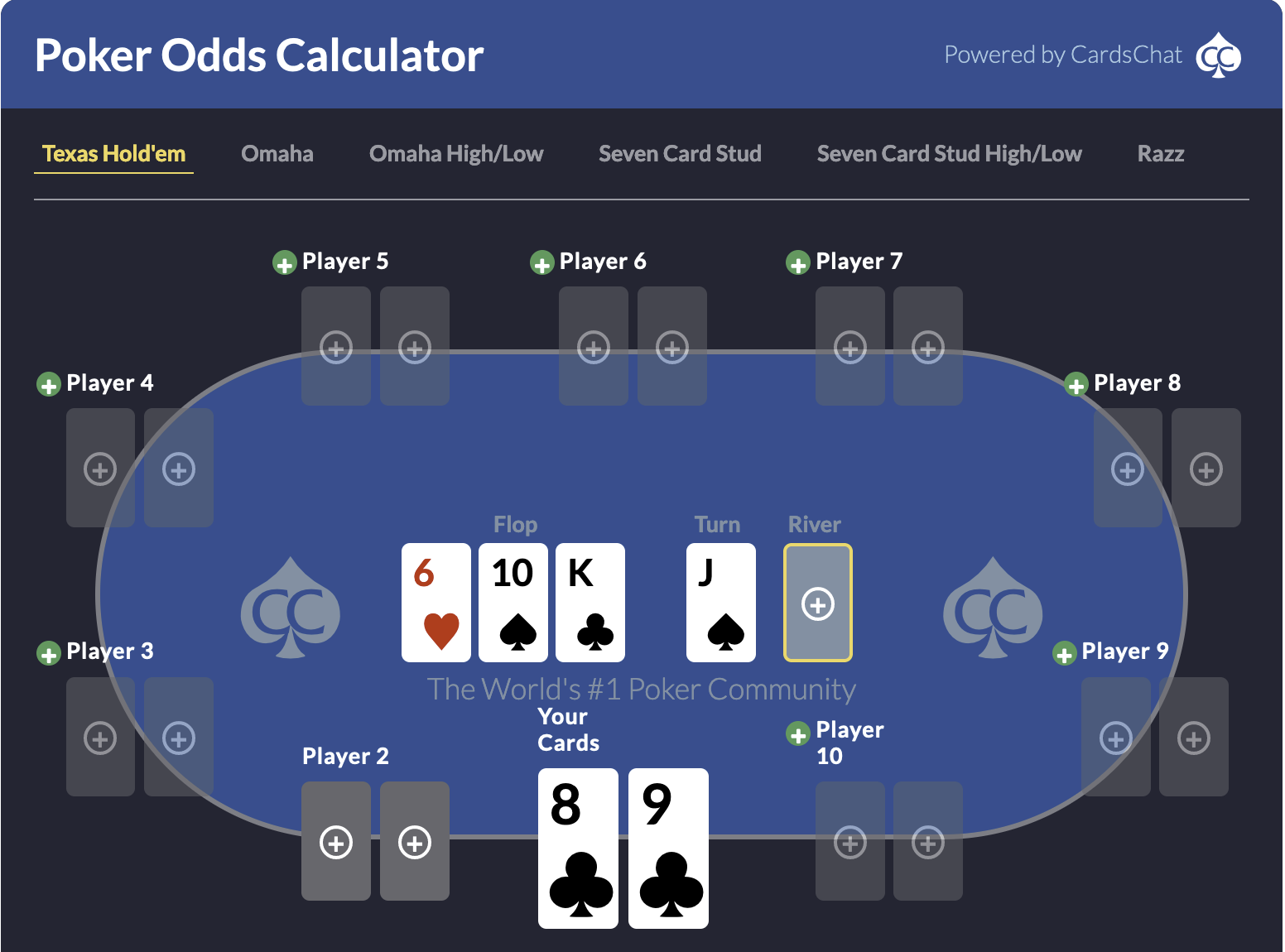 Never Draw to an Inside Straight

As I discussed in my previous article, there are some poker rules that are meant to be broken — at least some of the time. With that in mind, it’s time to discuss why — and when — you should commit the cardinal sin of drawing to an inside straight.

The “rule” says never draw to an inside straight, but should you always follow it? (Image: CardsChat)

Never say never to a gutshot

The admonition against drawing to a gutshot comes from the game of 5-Card Draw where players were advised not to attempt to fill a straight that could only be made with a card of one rank like 7-8-T-J or T-J-K-A. Instead, it was argued, you would be better off completing straights that could be filled from both ends, like 9-T-J-Q or 4-5-6-7. Drawing to the former, an inside straight with only four cards that would make your hand, was considered imprudent.

But is that always true?

Consider the following inside straight draw. In a six-handed $20-40 5-Card Draw game with a single blind under-the-gun, the betting might go: $20, fold, fold, raise to $40, fold, with you going next. Imagine holding T♠, 8♥, 7♠, 6♥, 2♣. You might consider tossing the deuce and drawing for the nine to fill your straight. That would be drawing to an inside straight.

As such, conventional poker wisdom says “Nay, nay.” With only four nines in the deck, you’re bucking nearly 12 to 1 odds to make your hand. “Don’t draw” says the rule.

The rule of thumb would be correct in this instance. You’d only be getting 3 to 2 pot odds on a long-shot draw. So maybe “Never draw to an inside straight” makes sense.

When to think about chasing

But does it really make sense? Believe it or not, it doesn’t always, and you’d be missing the bigger picture if you embraced it.

When “the rule” states you shouldn’t draw to an inside straight, it implies that an open-ended straight draw is fine. But in this, and other examples you can invent, it surely isn’t.

The open-ender doubles the number of cards that make your straight from four to eight. In so doing, it makes it much more likely that your hand will hit – from roughly 12 to 1 to about 5 to 1. Even so, you can see these odds are still considerably longer odds than the 3 to 2 odds the pot is offering you. Even if you account for the extra money you can make if you do fill your hand (the implied odds), it’s still not worth the cost of the draw. In fact, a better rule for 5-Card Draw might well be “never draw to any straight.”

All well and good, but what about hold’em? Does the old saw hold up there, perhaps?

Purge it from your list of rules that should even be considered. It’s no substitute for doing the simple math of figuring out your drawing odds and the pot odds.

Let’s look at another example to see how this is true.

It’s all about the math

In low-limit hold’em games, it’s common for there to be many loose and passive players – calling stations as they’re familiarly known. A typical round might have six or seven players seeing the flop.

There’s now $48 in the pot. The turn is the Q♥. Everyone once again checks to the raiser who bets $4. There are two callers and the action comes to you. You have an inside straight draw. Do you make the call and draw to your inside straight?

The saying is “never draw to an inside straight,” but in this instance, you definitely should draw to your gutshot. The pot is $60. Your $4 call gives you 15 to 1 pot odds for a draw that’s only 10.5 to 1 against you. That’s a good bet. Call the bet and see the river.

It’s the same in No-Limit Hold’em.

While it’s surely true that you need bigger pot odds to justify drawing to an inside straight than you need for drawing to an open-ended straight, each draw needs to be considered on its own merits. If the price is right for a draw – any draw – you should make it. If it’s not, you should fold. There are no aphorisms that provide a useful shortcut to doing the simple math.

So, when it comes to deciding whether to draw, the best rule to follow is, “Just do the math.”