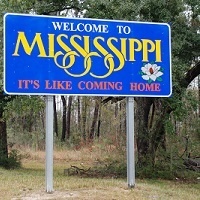 It seems that every time we turn around another state is setting gambling revenue records, and this time it’s Mississippi sports betting that’s handling the honors.

Gamblers in the state dropped over $83 on wagers in the month of October, generating more than $9 million in revenue, which was a new record high. The previous record of $8.8 million was set in October of last year and then again in September of this year.

Of course, it’s no surprise that the start of football season had a lot to do with these numbers. The National Football League kicked off in September and has been the most popular sports to bet on, accounting for over $45 million in bets and more than $4 million in revenue.

Moving forward, there are plans for mobile sports bets in the state, which has caused some tension. Fears that online gambling could create a disadvantage for land based gaming are not new and still persist.

However, new legislation hopes to appease both sides of the mobile betting argument. A bill is being proposed that would allow Mississippi sports betting to move online via land based casino apps. If it were to gain any traction, we could see mobile bets there next year.

2021-11-30
Previous Post: Top 5 Daniel Negreanu Facts That You Need to Know
Next Post: Intertops to Change Name is Rebranding Effort