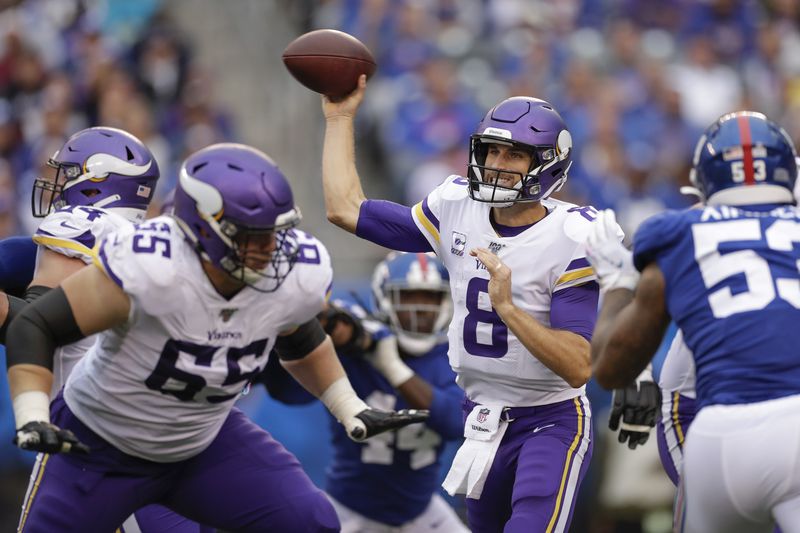 This matchup was just recently played in Week 16. Vegas has put the line right there after the Minnesota Vikings defeated the New York Giants 27-24 at home. Having gone 13-4 with a -3 point difference, Minnesota is a three point favorite in the Wild Card round.

Unexpectedly, the New York Giants battled their way into the playoffs with a first-year head coach and a poor point differential. With the Giants, Brian Daboll has done an outstanding job, and he can end his first year with a playoff upset against the Vikings.

One of these teams may be able to squeak into the Super Bowl due to the NFC’s wide open conference, but first they must make it through Super Wild Card Weekend. Will Kirk Cousins succeed in the playoffs for the second time as a Viking, or will he fall flat once more? Let’s talk about the chances.

The Vikings’ quarterback is no longer its primary weakness. He’s not Joe Montana, but he’s more than adequate, and one can think he can succeed in the playoffs. The Vikings make every opposing quarterback seem like Montana, which is a problem.

The Vikings are by far the weakest team to go to the playoffs, tied with Tennessee for the poorest secondary in the NFL. They made Nathan Peterman seem highly decent in Week 18 and allowed 265.5 passing yards per game at an average of 7.3 yards per attempt.

Although New York struggles to stop the run, Kevin O’Connell prefers to pass the ball, and the run defence is becoming better. They are giving up 144.2 yards per game and 5.2 yards per carry on average this season, but in their previous three games, they have only given up 115.3, which is in the top half of the league. Minnesota’s run game won’t be as effective since their center, Garrett Bradbury, won’t be there.

With Brian Daboll on his side, Daniel Jones has been excellent this season. Three weeks ago, he dominated Minnesota. Although Minnesota prevailed in the matchup, New York gained over 100 more yards. It’s time to call an end to Minnesota’s shamrock and horseshoe-powered season. Although the Vikings can certainly conjure up a special performance and end up competing with the Giants toe-to-toe, it seems unlikely. New York Giants for the win against the Minnesota Vikings.