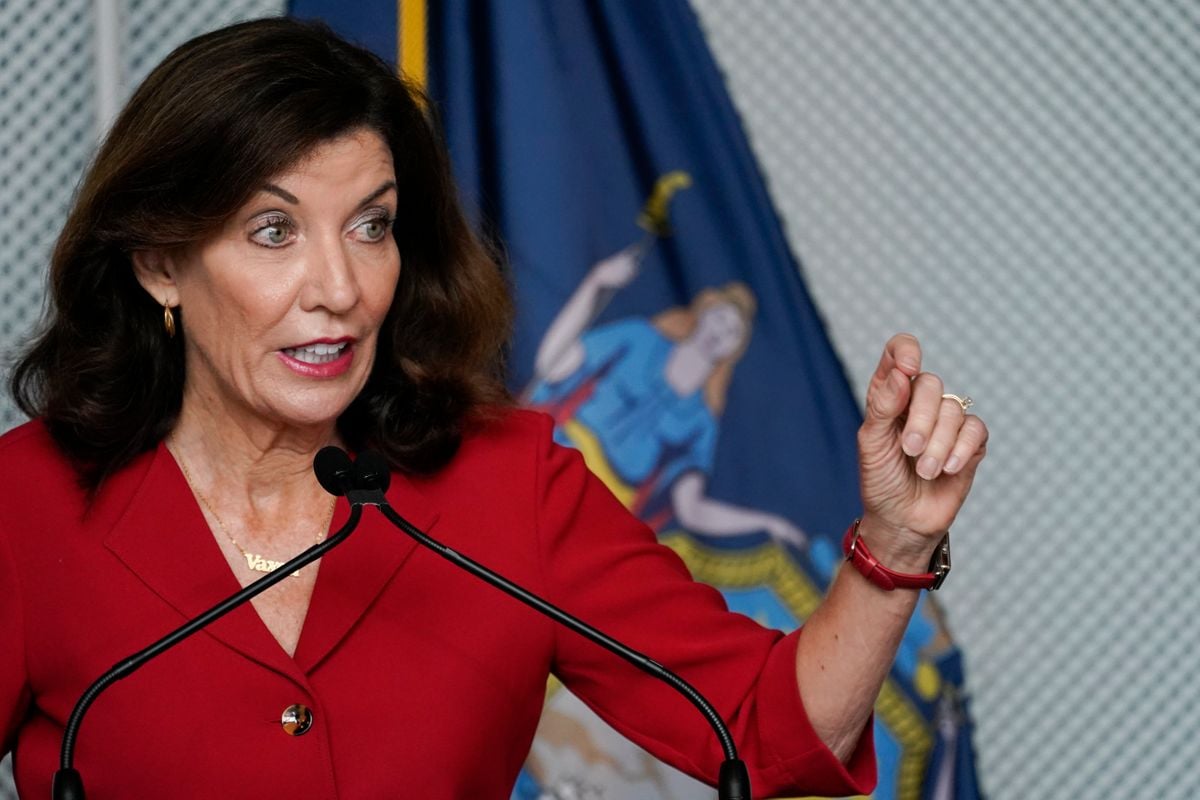 For New York’s first female governor, who assumed the office in August, that began with making a promise to New Yorkers that she will refrain from involving herself with her husband’s business dealings.

During Mrs. Hochul’s ascension to the Governor’s Mansion in Albany, some critics questioned whether her husband should be required to step down from his position. As governor, she oversees all elements of New York’s gaming industry, which is expected to expand greatly in the coming years with downstate New York City casino resorts.

Gov. Hochul made public this week that almost immediately after her swearing-in, she signed a document that requires her to avoid all Delaware North dealings.

Dated August 23, 2021, Gov. Hochul signed two recusal agreements sent to her by the Ethics Counsel for New York State. The signed legal memorandums bar the governor from having any decision-making or influencing powers regarding state decisions surrounding Delaware North.

On the advice of counsel, you understand that when a member of your family is involved in a business that poses a potential appearance of conflict, you must satisfy your ethical obligations by recusing, to the greatest extent legally permitted, from the matters where your family member is lobbying the state and from matters where a favorable decision on an issue would result in a financial benefit to you or your family,” the memorandum reads.

The governor must recuse herself “from being lobbied by or on behalf of Delaware North,” and avoid input on any state matter that could “have a direct, foreseeable, and proximate impact on Delaware North.”

Hochul’s Lieutenant Gov. Brian Benjamin signed a similar recusal agreement to abstain from all matters involving the New York State Homes and Community Renewal (NYSHCR), as his spouse is employed with the executive branch agency.

Gov. Kathy Hochul might soon invoke her Delaware North recusal, as the company is under fire for its recent selling of Jake’s 58 Casino Hotel on Long Island.

Delaware North completed its $120 million Jake’s sale to Suffolk OTB in May. Some are questioning the price that Suffolk OTB — a public benefit corporation that provides Suffolk County and its residents with tax relief — paid for the video gaming terminal (VGT) casino.

“Now without the oversight and management of a professional casino operator, Jake’s 58, where hundreds of millions are wagered through its doors each month, is poised to become one of the largest political patronage operations in the State, if not the country,” opined Suffolk County Executive Steve Bellone. “At minimum, these troublesome actions are a signal of fiscal impropriety — and perhaps much worse.”

Bellone is calling on the state to conduct a formal investigation into the sale. Delaware North had previously rented the gaming floor to Suffolk OTB for an undisclosed annual payment. Delaware North managed the hotel and dining facilities.