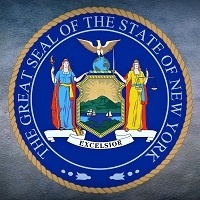 Gaming experts from PlayNY.com say that New York mobile sports bets will do well, but may not quite live up to the to $500 million in annual tax revenue expectations some have predicted by 2024. Former Gov. Andrew Cuomo’s administration budgeted for proceeds from online gambling to reach $99 million in FY 2022, $357 million in FY 2023, and $500 million by FY 2024, which would easily be the most ever for one state.

With the regulations for online sports betting now clearer, the New York mobile sports bets market will be highly lucrative for the state but fall short of being a $500 million windfall by the market’s third year, said Eric Ramsey. “For New York to reach $500 million in annual tax revenue, it will take a groundswell of demand that would be unprecedented in U.S. sports betting history,” Ramsey said. “New York will be unique in its size and structure among U.S. sports betting markets, so it would be unwise to say it’s impossible. But hitting that goal by Year 3 is probably overly optimistic.”

Pennsylvania, a populous state that currently has the highest commercial tax rate in the U.S. at 36%, is the closest comparison among U.S. markets. Pennsylvania’s 14 sports betting operators are on pace to generate more than $6 billion in wagers this year. That will yield about $115 million in state taxes.

But even if New York mobile sports bets fall short of the $500 million goal, sports betting will almost certainly generate significantly more in tax revenue than any other state. If wagering reaches New Jersey’s level of around $11 billion annually, it could create more than $400 million in tax revenue for the state.

“New York’s model might end up being the right choice for the state, even if it can’t be successfully replicated in most other places,” Ramsey said. “Bettors will have a variety of sportsbooks to choose from, fostering a healthy market and competitive pricing. And given the allure of the New York landscape, operators proved themselves willing to pay taxes at a rate typically reserved for much smaller monopoly markets.”

The key is buy-in from operators, even as many acknowledge that New York mobile sports bets will likely not be a profitable environment. But larger operators also see New York as a prized opportunity to expand their brands to one of the most visible markets in the world.

“There are tens of billions of wagering dollars waiting to be captured in New York, but the question remains whether operators can capture enough to reach the budget projections,” Ramsey said. “To reach those lofty goals, New York’s nine operators will have to offer a competitive enough experience to compete with neighboring states, offshore sites, and neighborhood bookies despite the high tax rate. Will it be enough? We shall see.”