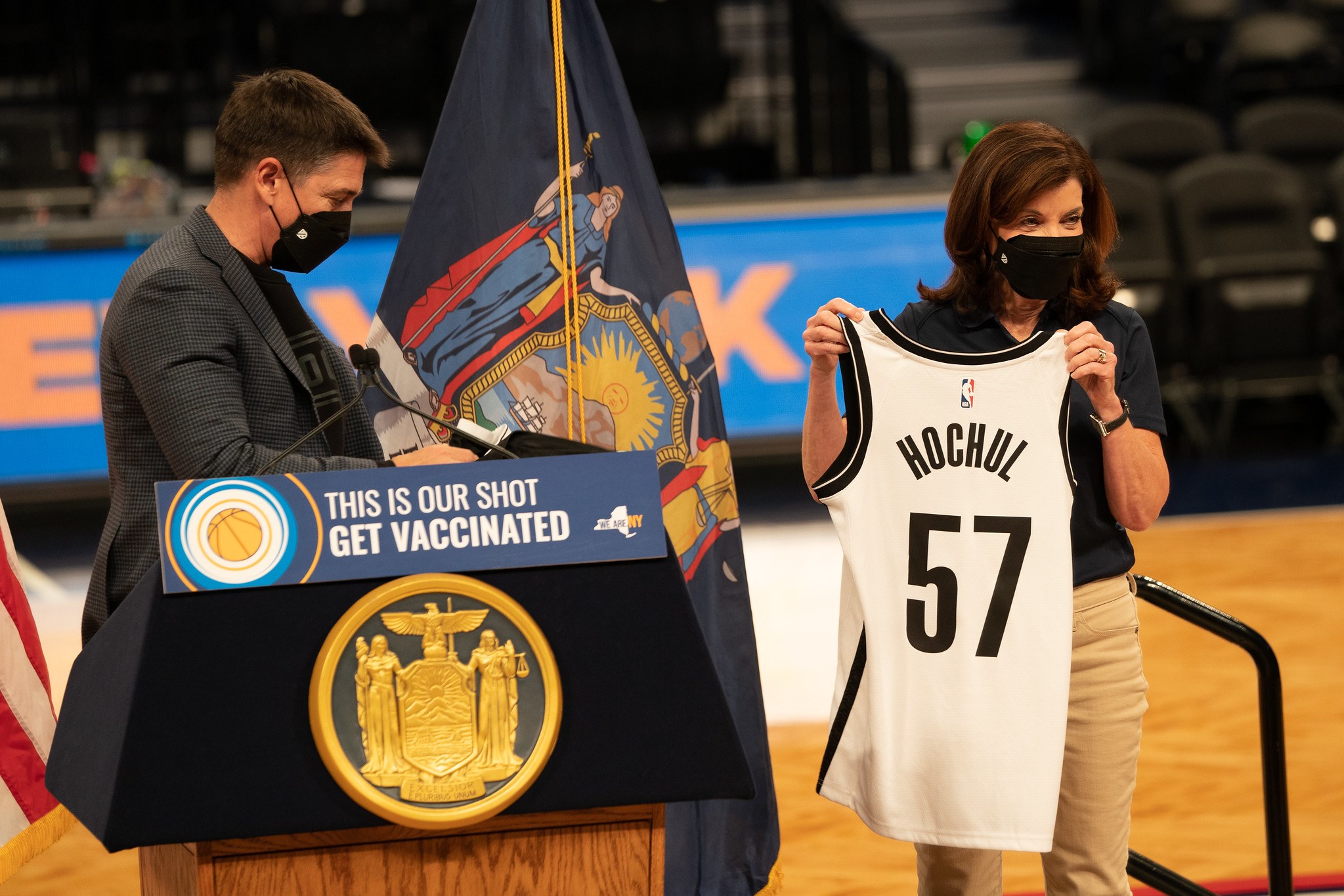 In less than five months, New York has generated more than a quarter of a billion dollars in taxes from online sports betting. That’s according to a statement released Tuesday by Gov. Kathy Hochul.

Thanks to the 51 percent tax rate on online sportsbook revenues, the state has received $263 million since the first apps became available on Jan. 8. When combined with the 10 percent retail sports betting tax on revenues from sportsbooks located at the four upstate commercially licensed casinos, the state has collected more than $267 million. That means New York has already surpassed states like Pennsylvania ($253 million) and New Jersey ($229 million).

New Jersey’s first online apps went live in 2018, while Pennsylvania’s launched a year later. Neither state assesses a tax anywhere near New York’s nor do they have the same size market from which to draw.

Senate Racing, Gaming, and Wagering Committee Chairman Joseph Addabbo, D-Queens, said in a statement that the days of New York “watching other states pass us by” are over. In addition, he looks forward to even more funding coming the state’s way.

The fact that we have already surpassed all other states in revenue in less than six months is a testament to the quality of the dedicated work to provide a credible product for the residents of New York,” Addabbo said. “This record amount of tax revenue is already being invested in our schools, our youth sports programs and New York’s problem gaming services.”

At its current pace, New York will likely far exceed the $357 million in sports betting tax revenue it forecasted for the 2022-23 fiscal year, which started on April 1. According to data from the New York State Gaming Commission, the state received $53.1 million in April alone.

While the tax amount may recede some in the summer months, it’s expected to increase significantly once football season starts in the fall.

“Mobile sports betting is an economic engine for New York,” he added.

Hochul’s release also cited data from geofencing solutions provider GeoComply, which has determined there have been more than 2.7 million unique user accounts established in the state of 19.6 million people since January.

GeoComply has also tracked more than 620 million transactions since then. Those transactions do not equate to bets on a one-to-one basis, but the company says it’s a way to track market activity.

New York used a competitive bid process to approve nine operators last year to offer sports betting across the state. Of those, only BallyBET has yet to launch its app in the state. Those active in the state are: BetMGM, BetRivers, Caesars Sportsbook, DraftKings, FanDuel, PointsBet, Resorts World Bet, and Wynn Interactive.

Through the week ending May 22, more than $7.15 billion has been wagered online in the state, according to Gaming Commission data. The sportsbooks have generated more than $516.6 million in revenue from those wagers.

Those three operators account for 85% of the handle and 90.7% of the revenue.

While New York reaps the proceeds, operators have publicly voiced concerns about the tax rate. Those operators did agree to the 51% rate as part of the competitive bidding process, but the state’s request for proposals essentially gave sportsbooks no option but to accept it if they wanted a chance to get into the largest active legal sports betting market in the country.

At MoffettNathanson’s annual Media and Communications Summit two weeks ago, DraftKings CFO Jason Park told the audience that the company said the tax rate and the inability to deduct for promotions make New York a “tough gross margin state” for sports betting.

DraftKings isn’t alone. Both Caesars and BetMGM, the No. 4 operator with 9% of the handle and 4.5% of revenues, have pulled back on their promotional spending to attract bettors.

We will be taking a very conservative approach in New York until the tax environment improves,” BetMGM CEO Adam Greenblatt said during the company’s Investor Day conference call on May 12.

When that happens – or if that happens – remains to be seen. Both Addabbo and Pretlow filed bills in this legislative session, which ends Thursday, to add more operators and reduce the tax rate. That was not included in the state’s budget nor did either bill make it out of their respective committees in this session.

For her part, it appears that Hochul is content with how the arrangement is working for New York.

“In less than half a year, New York has become a leader among states in implementing successful gaming policies, with hundreds of millions of dollars going to important programs that will improve the lives of all New Yorkers,” she said. “I am committed to upholding responsible and effective gaming policies that will move the industry forward and continue to drive our state’s economic growth.”