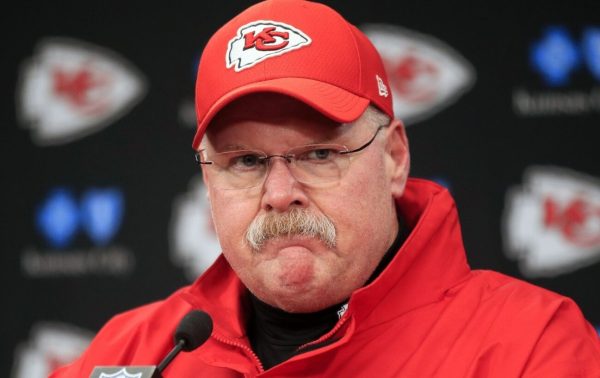 The Kansas City Chiefs have played in the last four straight AFC championship games. They have won six straight AFC West titles and have produced double-digit winning seasons in each of their last seven. The Chiefs have won 11 or more games in six of the last seven NFL seasons. Why in the world should bettors consider back the Under on the Chiefs win total at 10.5?

Well, there are a few reasons. Kansas City may be able to get 10 wins once again but getting that 11th victory is going to be extremely difficult. Here’s why.

The Chiefs were so good in 2020 that some offensive regression was just bound to happen. It did. Still, the Chiefs ranked third in the NFL in total offense averaging 396.8 yards per game. They were also fourth in scoring averaging 28.2 points per game.

Quarterback Patrick Mahomes lit it up again for 4,839 yards passing and 37 touchdowns. TE Travis Kelce was the NFL’s best at his position. He caught 92 balls for 1,125 yards and nine touchdowns. Kansas City’s leading receiver, Tyreek Hill, is no longer with the team. He’s in Miami. Hill had 92 receptions for 1,125 yards and nine scores last season.

The Chiefs did go out and get three receivers in the offseason, former Steeler JuJu Smith-Schuster among them. Kansas City also drafted Western Michigan’s Skyy Moore. Still, without Hill it is likely that the Chiefs offense regresses again in 2022.

DEFENSE STILL NOT THERE

In their first five games of 2021, the Chiefs defense gave up 29 or more points. The defense recovered and during a late stretch of eight straight wins, the Chiefs allowed 17 points or less seven times. Despite that late success, Kansas City still finished in the bottom-10 of the NFL in defensive efficiency. They ranked 27th against the pass and 27th in the total defense giving up an average of 368.9 yards per game.

While the offense may continue to regress and the defense isn’t quite where it should be, those aren’t the biggest problems the Chiefs have in regards to their 2022 win total. The biggest problem is the team’s 2022 schedule.

The AFC West Division will be the toughest in the NFL this season. The Chiefs, Chargers, and Broncos are all among the top five or six favorites to win Super Bowl LVII. Remember, Denver added QB Russell Wilson to a team with one of the top three to five defenses in the NFL. The Broncos became an instant contender when they signed Wilson.

The Chargers have QB Justin Herbert and added edge rusher Khalil Mack in the offseason. It’s just what the Chargers needed. Then, there are the Raiders. They went out and signed WR Davante Adams in the offseason. Now, Adams is reunited with his college quarterback Derek Carr.

So, the Chiefs have six very tough division games. They will face the AFC South which has Houston and Jacksonville, but also offers Indianapolis and Tennessee.

The Chiefs crossover to play the NFC West, which is probably the strongest division in the NFC. San Francisco, the defending Super Bowl champion Rams and then Arizona and Seattle. Plus, Kansas City will face Cincinnati and Tampa Bay.

Getting out of the division with a winning record will be tough enough. Getting to 11 wins will be even harder in 2022. You can bet the under 10.5 wins at one of these recommended sportsbooks. The Under is currently paying +120