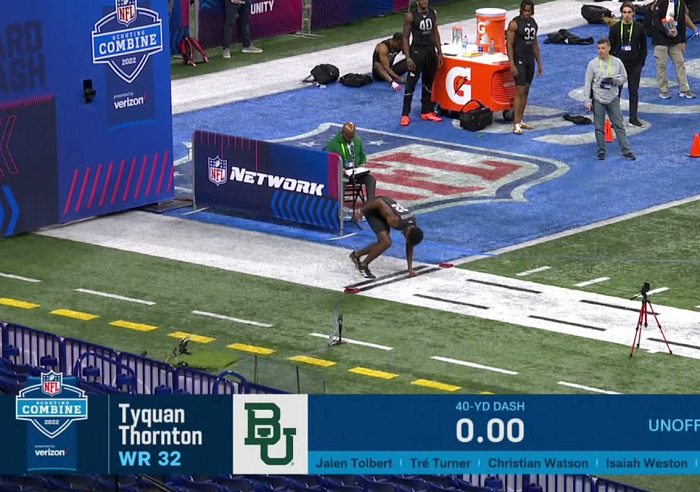 The 2022 NFL Combine concluded on Sunday and now prospects, scouts, and coaches will look ahead to Pro Days. There was plenty of intrigue surrounding this year’s combine, a few nice surprises, and few not so nice. Here’s a look at those who won and lost at this year’s NFL combine.

NFL teams looking for deep threat speed at the wide receiver position will find it this year. Nine receivers ran under 4.4 in the 40-yard dash led by Baylor WR Tyquan Thornton (4.28). Ohio State wide receivers Garrett Wilson and Chris Olave ran 4.38 and 4.39, respectively. The pair are essentially the same both measuring 6-0 and 183 pounds. Each had an outstanding career in Columbus too.

The big win among the receivers might have been North Dakota State’s Christian Watson. At 6-4 and 208 pounds, Watson clocked 4.36 in the 40 and recorded an 11-4 broad jump. He also averaged 20.5 yards per catch during his career in Fargo.

Pitt’s Kenny Pickett threw for 4,319 yards, 42 touchdowns and led the Panthers to the ACC title last year. His right hand measured just 8.5 inches though. It was reported that Pickett’s throwing hand is smaller than any other NFL quarterback. None of it mattered though as Pickett looked impressive in the quarterback drill portion of the combine.

Big athletes that can run had a field day in Indianapolis and several of them will find new NFL homes come April. Maryland’s Chig Okonkwo ran the best 40 time – 4.52 – of all tight ends. He also had a 35.5-inch vertical jump.

Kyren Williams did not perform well at all.

The average life span of an NFL running back is barely over three seasons. The competition is always fierce, but this year none of the combine participants at running back ran the three-cone drill or the 20-yard pro shuttle.

Notre Dame’s Kyren Williams probably should have opted out of the 40-yard dash. Williams ran a 4.65, which was the worst among the group. He had a rather ordinary 33-inch vertical jump and a pedestrian 9-8 broad jump.

There was a reason why Georgia was so good and won a national title last season. First up was DT Jordan Davis. He is a mammoth of a man at 6-6 and 341 pounds. He ran a ridiculous 4.78 in the 40-yard dash.