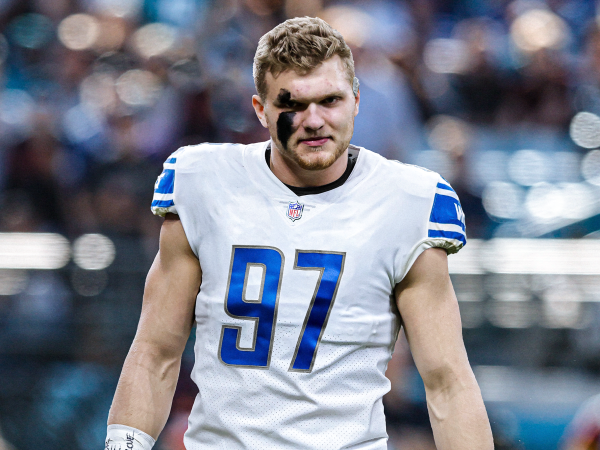 NFL Defensive Rookie of the Year Odds for 2022

We already published a post examining the offensive rookie of the year odds for 2022. Today we will take a look at the 2022 Defensive Rookie of the Year Odds.

Number one on this list is a young man called Aidan Hutchinson. The name Hutchinson should sound familiar if you are a football fan. His dad went to Michigan and played in the NFL for three years. But there is no relation to Steve Hutchinson.

Aidan Hutchinson is a monster standing at 6’7″ tall and weighing in at 264 pounds. He had 14 sacks last year for Michigan and was an All-America. Aidan was drafted #1 overall by the Detroit Lions.

Kayvon Thibodeaux is another edge rusher who has a ton of potential. The DE from Oregon was drafted number 2 overall by the N.Y. Giants. Can he be the next Michael Strahan? Possibly. The kid is 6’5″ and 250lbs. He had 35.5 sacks at Oregon in three seasons. The numbers are there. The size is there. The speed is there. Can he win the award? Time will tell.

Travon Walker is yet another edge rusher who is big and super fast. Not to mention the fact that he started for the national champion Georgia Bulldogs where he recorded 37 stops, 7.5 for loss with six starts, and two pass breakups. He is 6’5″ and weighs 272 lbs and runs an amazing 4.51 40 yard dash. He has eye-popping size and speed. The Jags drafted him #3 overall.