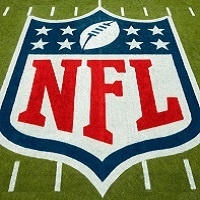 Yes, you read that headline correctly. NFL gambling sponsorships have helped to push to league to a massive $1.8 billion in additional revenue last year. Which is a good thing, because we all know how they were hurting for cash.

While a big chunk of that money comes from Microsoft. They are forking out about $100 million a year to compete with Apple and love to promote their products via the League. Just watch the sidelines during any game and you will probably sport a Microsoft Surface Pro 4 tablet in the hands of coaches and players.

However, the big push in sponsorship money comes from new NFL gambling agreements. Yes, after fighting sports betting tooth and nail for decades, the League now has lucrative deals in place with Caesers, DraftKings, FanDuel, BetMGM, WynnBet, FoxBet, and PointsBet.

In case you’re wondering, betting isn’t the only “vice” the NFL is embracing to make a few bucks. There are plenty of other sponsorship deals with beer, wine, champagne and liquor deals as well. Captain Morgan has even become the first Official Spiced Rum Sponsor of the NFL, and Smirnoff is the Official Vodka Sponsor. No, we didn’t just make that up.

So what’s next after NFL gambling sponsorships and official liquor sponsors? How about Crypto Currency sponsors! Don’t believe us? Wait for it…