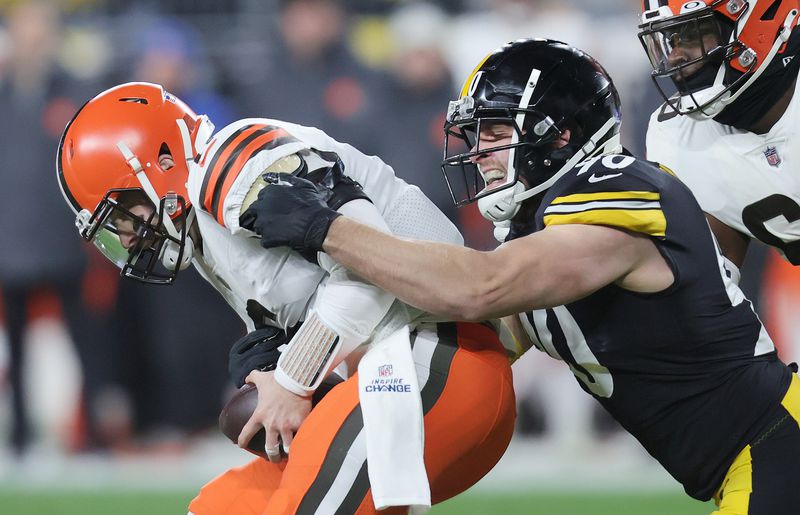 The QB is questionable for week 18

For the first time ever, teams play a 17th regular-season game in a season — and an added game brings added pitfalls too. Along with the continued issues with COVID, the accumulation of injuries has certainly taken its toll.

The Cowboys lost to the Cardinals Sunday, dropping them to the fourth seed in the NFC. They also lost wide receiver Michael Gallup for the remainder of the season with a torn ACL.

It’s a Dallas depth blow at the wide-receiver position, with Gallup’s presence making Amari Cooper and Ceedee Lamb that much more effective. It’s unfortunate for Gallup, a free agent this offseason and recovering from surgery by the time training camps open in July. His market value was expected to be high, and though he should remain a coveted receiver, his effectiveness will be limited early (at least) next season.

The Cowboys are at Philadelphia Saturday for a game that is generally meaningless to the Eagles. Philadelphia is in the playoffs, either the sixth or seventh seed. For Dallas, a win could possibly get them back to No. 2, depending on how the Buccaneers and Rams fare.

When The Broncos host the Chiefs Saturday, they will be without starting guard Dalton Risner. Last Sunday against the Chargers, he left after four snaps with an elbow injury, and the word is a partial tear of his ulnar collateral ligament. The injury won’t require surgery, but with only one week left, it ends his season.

The Broncos have been eliminated from the playoffs, but the Chiefs could finish anywhere from the No. 1 seed to the No. 4 seed. Kansas City has beaten the Broncos 12 straight times. As a result, the sportsbook has installed the Chiefs as a prohibitive double-digit road favorite on Saturday.

Monday night, Browns’ running back Nick Chubb was limited to just 12 carries after suffering a rib injury early in the game. Coach Kevin Stefanski revealed that the reason Kareem Hunt wasn’t activated for the game-potentially spelling Chubb-was because the team had been eliminated from the playoffs Sunday. Hunt has now missed three games with an ankle injury and  might be able to play this coming Sunday against Cincinnati.

Chubb shouldn’t miss any time with the injury, which isn’t thought to be significant. He should be good to go in the season finale.

We don’t know if Browns quarterback Baker Mayfield will play against the Bengals as he prepares to have surgery on his injured (non-throwing) shoulder. He tore his labrum in Week 2, and the injury clearly affected his play.

Monday evening, Mayfield went 16-of-38 for 185 yards, two interceptions and nine sacks. He says that with the Browns out of the playoffs, he wants to focus on his health, may sit out Week 18 and possibly even have the surgery in the next few days.

The Eagles are in the playoffs, so there is no thought of playing Miles Sanders this in the regular-season finale against the Cowboys. He has a broken hand and did not play this past last Sunday at Washington. The Eagles hope Sanders is available for the playoffs.

Head coach Nick Sirianni said that he specifically kept Sanders off injured reserve in the hope that he could play in the postseason.

Not that the Packers need more help — they’ve already clinched the top seed in the NFC — but they may be about to get some. While they can rest their starters this Sunday at Detroit, tackle David Bakhtiari could see some action. Out the entire season following last year’s ACL tear, Bakhtiari was at practice this week and might play in the final game.

“I think the ideal scenario is that he would play and get some snaps under his belt before you proceed into the postseason, but we’ll see where we’re at, at the end of the week,” coach Matt LaFleur said.