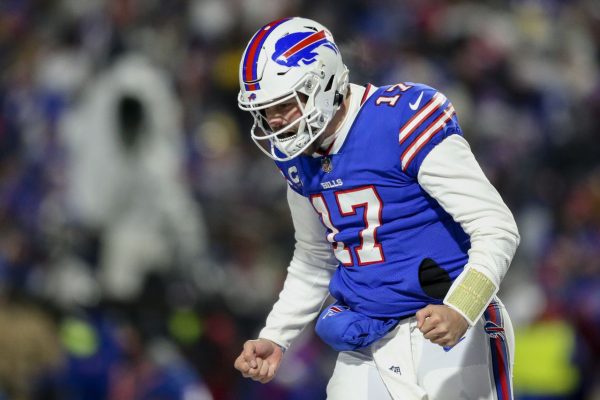 The 12-month-a-year league that is the NFL continues to make news on a daily basis, as they did Monday with the announcement of a Week 2 Monday night doubleheader.

Later this week, the 2022 schedule will be released in total. In the meantime, fans and bettors are settling for tastes. The Bills and Titans meet in Buffalo at 7:15 p.m. ET, with the Minnesota Vikings and Philadelphia Eagles in Philly at 8:30 p.m. ET.

This isn’t the first doubleheader in Monday Night Football history, but it’s the first time the games will overlap. Instead of forcing fans on the East Coast to stay awake into the morning hours to watch the late game, these will both be played during prime time in the East, a thrill to bet online and watch two games at once.

Last season the Titans beat the Bills in Tennessee by stopping Josh Allen on fourth down at the end of the game. The Vikings-Eagles game is a rematch of the NFC Championship Game after the 2017 season.

According to Super Bowl odds, the Bills are the 7-1 favorites or +700.

The Falling of Malik Willis

Bet on NFL draft odds regarding Malik Willis and there’s a good chance that bet did not cash. With quarterback-needy teams in Carolina, Atlanta, Houston and Seattle, why did top prospect Malik Willis fall so far down the board? He slipped to the Titans with the 86th pick in the draft.

According to a report, at least one of those “needy” teams-the Seahawks-said that Willis was “nowhere near NFL-ready.” Seattle ended its draft not taking any quarterback, and the report says that they’re fine with that,

Only the Seahawks are named in the report, but the fact every team passed on him at least once seems to lend credence to the idea. While Willis is skilled, he doesn’t have the experience to come in and compete for a job.

Working as a backup on a team that has an experienced quarterback seems to be the ideal scenario at this juncture. So if we’re making some NFL predictions,  we’ll call it a win-win.

The Comeback of Earl Thomas is on Pause

It was just a couple of weeks ago that former Seahawk and Raven safety Earl Thomas stated he was ready to return to the NFL. In his words: “I’m ready. I’m in shape”.

The “readiness” has taken a hit in recent days, especially after an arrest warrant was issued for Thomas.

Police say Thomas violated a protective order by sending threatening messages to his wife, with whom he is currently in the process of divorcing. A report says he has violated the order at least twice in the last 12 months.

According to Thomas’ attorney, the couple were communicating about their children. Thomas’ wife, Nina, says that they’re supposed to communicate through a third-party co-parenting app, which he refuses to download.

As for his attorney’s claims, police have released the text messages sent to Nina Thomas, and the first reads: “Waiting on hand in foot is why I’ll kick your ass.”

The next day he sent these: “I hope u in the car with him and the kids and yall drive off the road.” And “Ima let my momma and my cousin poison their (the children) ass.”

Thomas hasn’t played in the NFL since he was cut by the Ravens after an altercation with teammate and fellow safety Chuck Clark. If there’s a sportsbook that has Earl Thomas returning to the league as a prop, stay away.

We know this was the final NFL draft for Pittsburgh general manager Kevin Colbert, as the  long-time Steeler exec and personnel director is retiring after 22 years.

Becoming the director of football operations in 2000, Colbert is credited with landing Ben Roethlisberger and assembling the Steelers’ last two Super Bowl winners.

He’s been the general manager since 2010, assisting in finding his replacement. Perhaps that’s Pittsburgh native Doug Whaley. The former Pitt Panther and general manager for the Bills has visited with the Steelers a second time regarding the opening.

Whaley worked under Colbert in Pittsburgh, and was in the personnel department as the Steelers drafted future star Troy Palamalu. With the Bills, Whaley drafted Tre’Davious White and Sammy Watkins.