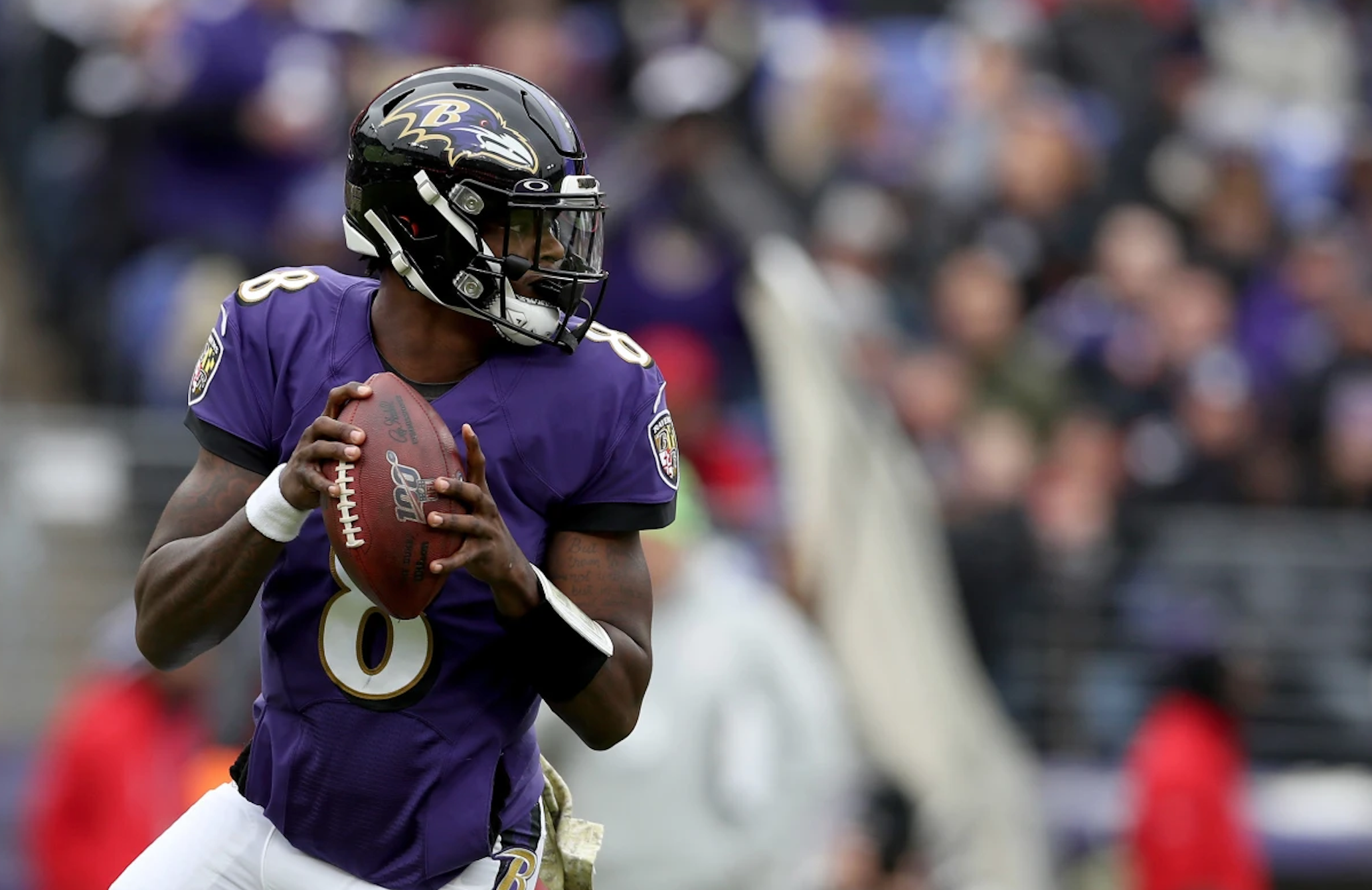 QB Lamar Jackson throws a second-half pass against the Houston Texans at M&T Bank Stadium in 2019, above. This year, Jackson and company are expected to rule the division. (Image: Getty Images)

The division has seemingly flipped on its head from previous seasons. The former giants of the division are now anticipated as the bottom-feeders.

Since 1970, the Steelers have had the best record in football. However, this season, the Steelers are expected to have a losing record for the first time under head coach Mike Tomlin.

The Cincinnati Bengals, after decades of irrelevance, last year had a magical run to the Super Bowl. That has changed the franchise’s direction, as they now appear to be the real deal.

But after missing the playoffs a year ago, the Baltimore Ravens appear ready to take back the division.

John Harbaugh continues to roam the sidelines in Baltimore, having delivered a Super Bowl title to the city in 2012. Lamar Jackson is one of the game’s most electric players when on. The only question with Jackson is whether he can remain healthy for an entire season.

At +1800 to win the Super Bowl, the Ravens are considered a serious challenger to the title. In a division with seemingly two strong teams, the Ravens should be able to beat up on the bottom two while they look to win a division crown and possibly an AFC title.

The mood couldn’t be better in Cincinnati heading into the new season. At +170 to win their division, the Bengals, with Joe Burrow as their quarterback, seem like a team destined to compete for division titles for the next decade.

The Bengals have the same odds as their division rival from Baltimore, as they are both +1800 to win the Super Bowl at season’s end. Led by a trio of incredible young receivers, stopping the Bengals’ offense will not be easy this season.

Tough Hill to Climb For Browns

The Cleveland Browns are a hard team to get a good read on, even in a year when expectations were high. Now, this season, the Browns are +300 to win the division entering the season.

Baker Mayfield is out, and after never living up to the hype, he was shipped off to Carolina. Controversial Deshaun Watson was brought in to take his place. He brings lots of baggage, to say the least. The question becomes, will he play, and if so, for how long? After missing almost two seasons, how effective will he be?

There are a lot of unanswered questions surrounding this team this season, and due to the uncertainty, it’s tough to back them in any way this season.

At +2800 to win the Super Bowl, the Browns are getting a bit of love on the national level. It’s just tough to see them putting it all together this season.

It’s hard to believe that Mike Tomlin has never had a losing record in his time in Pittsburgh.  Since becoming the Steelers’ head coach in 2007, he has led the team to the playoffs ten times, including seven division titles.

But this year, at +700, it seems very unlikely that the Steelers will compete for the top spot in the AFC North.

Tomlin also has a Super Bowl title under his guidance, and the Steelers are +8000 to win this year. The Steelers will compete week in and week out, but expectations are certainly down in Pittsburgh this season.