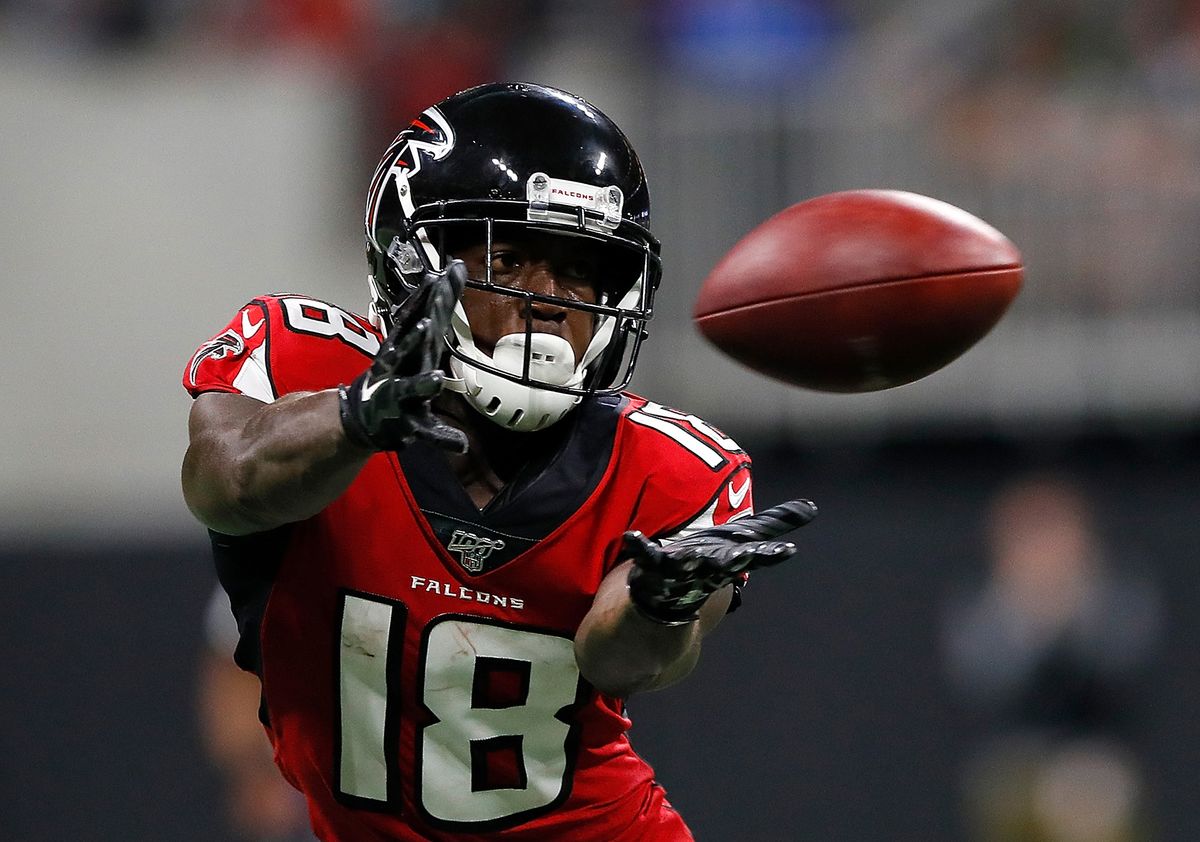 NFL Suspends Calvin Ridley For 2022 For Betting on Games

Atlanta Falcons wide receiver Calvin Ridley will miss at least the entirety of the 2022 NFL season after the league suspended him for betting on games in 2021.

Falcons wide receiver Calvin Ridley in a 2019 game. The NFL suspended him today for the 2022 season for betting on games. (Image: Bloomberg)

In a statement announcing the suspension, the NFL calls it “indefinite” and does not use the word “allegedly” or related verbiage to describe Ridley’s wagering activities. The league says its investigation found no evidence that Ridley used privileged data or inside information to place his wagers and that there’s no indication Falcons coaches, staff, teammates, or other NFL players were aware of his activities.

Your actions put the integrity of the game at risk, threatened to damage public confidence in professional football, and potentially undermined the reputations of your fellow players throughout the NFL,” said Commissioner Roger Goodell in a letter to Ridley.

The league says Ridley’s bets were placed during a five-day span last November when he was away from the Falcons and on the non-football illness list.

Ridley May Have Bet on Falcons

In a tweet posted earlier today, Ridley said he wagered $1,500 total and that he is not a problem gambler.

Neither the league nor Ridley go into intimate details of his bets. But unidentified sources tell ESPN’s Adam Schefter the player placed three-, five- and eight-game parlays. At least one of the legs in one of the parlays was on the Falcons to win.

It’s not immediately clear where Ridley placed the wagers. Regulated sports betting hasn’t been approved in Georgia, implying that if the player placed his bets in that state, he did so through an offshore sportsbook or a local bookmaker.

Ridley, 27, is entering his fifth year with the Falcons. Reportedly, the team recently fielded multiple trade offers for the former first-round pick out of Alabama. But the Falcons didn’t engage in those talks because the organization knew the player’s suspension was imminent.

Ridley can apply for reinstatement on or after February 15, 2023. Under the terms of the league’s collective bargaining agreement with the NFL Players Association (NFLPA), he has three days from today to appeal the suspension.

Ridley Not the First

Since the Supreme Court overturned the Professional and Amateur Sports Protection Act (PASPA) in May 2018, the NFL has embraced regulated sports wagering. They have allowed select sportsbook operators to run a limited number of ads during league broadcasts and even taken equity stakes in some gaming companies.

Prior to Ridely, just one other player — former Arizona Cardinals defensive back Josh Shaw — was suspended by the league for betting. Shaw was kept out of the 2020 season and reinstated on March 20, 2021.

“For decades, gambling on NFL games has been considered among the most significant violations of league policy warranting the most substantial sanction. In your case, I acknowledge and commend you for your promptly reporting for an interview, and for admitting your actions,” said Roger Goodell in his letter to Ridley.