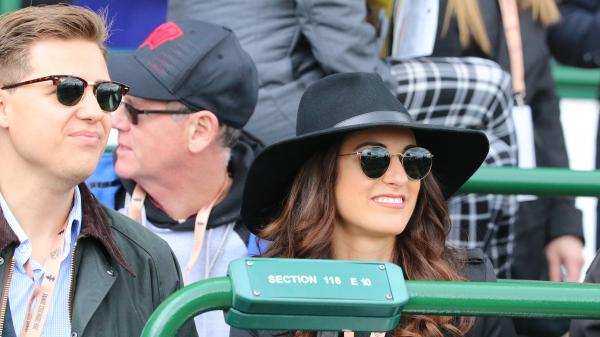 Black Friday means different things for different people, but it basically all boils down to the same thing – bargain hunting. For shoppers, it’s a day to get out to stores and look for the best deals at the best prices. For horseplayers, Black Friday has almost become synonymous with racing at Churchill Downs and its traditional day after Thanksgiving feature race, the $750,000, Grade 1 Clark Stakes Presented by Norton Healthcare. Along with the $300,000, Grade 2 Mrs. Revere Stakes, the Clark will headline a 12-race holiday Friday card at Churchill.

Both the Mrs. Revere and Clark should attract more than their share of bargain hunters looking for the season’s best deals – not at the cash register, but at the mutuel windows. Let’s take a closer look at Friday’s two feature races at Churchill and find the best way to go home a winner.

Churchill’s Friday co-feature is this Grade 2 race for 3-year-old fillies going 1 1/16 miles on the grass that has drawn a quality 11-horse field. The race is wide-open and so you are sure to get paid if you come up with the winner and can hook that horse up in an exacta. That will by my approach. The horse to beat looks like #7 Lovely Princess trained by Kenny McPeek. She is coming off a good-looking come from behind allowance win at Keeneland last out at 1 1/8 miles where she beat next-out winner Personal Best by a length. She also excelled at today’s 1 1/16-mile distance for the maiden win at Ellis Park back in August. The two losses in between were a dirt race at Churchill and a 1 5/16-mile grass race at Kentucky Downs. She’s still improving and reunites with jockey Brian Hernandez Jr. who rode her at Keeneland. If Lovely Princess gets beat, I suspect the culprit more than anything else will be the pace. There is little early speed entered in this race, and that’s a big advantage to the one horse that does have speed and that’s #4 Bubble Rock, who is trained by Brad Cox and will be ridden by Joel Rosario. Bubble Rock has mainly raced at shorter distances but stretched out to this distance last time and faded to fourth after setting the pace. The big difference Friday is that she should be able to slow it down on entirely easier fractions than the :23.02 and :47.77 she ran last time as the potential lone speed. If able to get away with murder up front, she should be able to go wire-to-wire and hold off Lovely Princess.

The Play: Bet #4 Bubble Rock to win, and box her in the exactas with #7 Lovely Princess.

The headline attraction in the Grade 1 Clark Stakes at 1 1/8 miles on the main track is Kentucky Derby Presented by Woodford Reserve winner #4 Rich Strike, who seems to be proving himself as a Churchill Downs horse for the course. Along with his shocking Derby win at 80.80-1, Rich Strike also owns a 17 ¼-length maiden win and a game second by a head in the Grade 2 Lukas Classic Stakes counting as his other two outings on this track. When Rich Strike does well, he is able to sit back off the pace and make a late run past the tiring frontrunners. That scenario is entirely possible in the Clark, which is a spot Rich Strike seemingly has been pointing for since even before his fourth-place finish behind Flightline (just a length out of second) in the Longines Breeders’ Cup Classic. I see enough speed entered in this race to set him up with #7 West Will Power, #6 Last Samurai, and #3 Injunction all likely to be up front setting a solid pace. So Rich Strike will be the favorite and he will have a good shot at winning by doing what he does best on the racetrack he likes the best – but this is Black Friday, and we are looking for value, right? While you probably have to use Rich Strike on your tickets, he will be facing older horses for the first time and certainly could be upset. If he loses, the horse likely to beat him is #1 Proxy, who was last seen finishing third in the Grade 2 Stephen Foster Stakes at Churchill on July 2 when he earned a big speed figure in defeat behind a pair of serious Grade 1 winners, Olympiad and Americanrevolution. Proxy has been in the exacta in eight of his 12 career outings including several stakes races at this distance of 1 1/8 miles, which is clearly his wheelhouse. A possible reason not to trust Proxy today is the layoff – he has not been out in the 4 ½ months since the Stephen Foster – but looking back on his form, that probably is not a reason not to play him because he has already returned from an even longer layoff and been able to win impressively, which he accomplished last winter at Fair Grounds.

The Play:  Bet on #1 Proxy to win and box him in the exactas along with #4 Rich Strike.