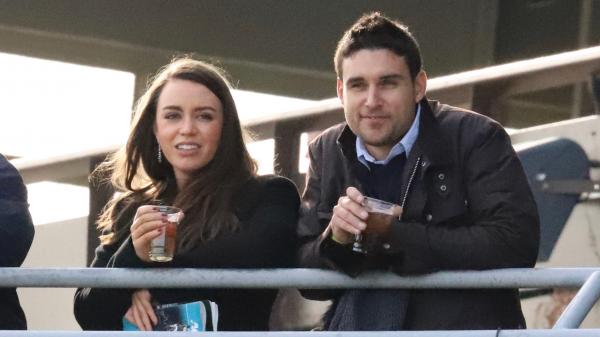 Noel’s Weekend Winners: Value Plays at Belmont at the Big A

The Belmont at the Big A fall meet offers a 10-race card this Saturday with several stakes races including a pair of graded stakes, the Grade 2 Kelso Handicap and the Grade 3 Bold Ruler Stakes. These races don’t have Breeders’ Cup implications, but nevertheless are the backbone of an excellent day of racing and wagering scheduled Saturday at Aqueduct. Let’s try to make some money on these two late-season stakes races in New York. Best of luck!

It wasn’t that long ago that the Kelso Handicap was a race loaded with Breeders’ Cup implications on Belmont Park’s fall calendar as a one-mile stakes run earlier in the meet. Now the Big Ass Fans Breeders’ Cup Dirt Mile exists, and the Kelso is simply a local fall feature on the otherwise quiet stakes landscape the weekend before the Breeders’ Cup takes center stage. This year’s Kelso has drawn a field of six horses featuring a big morning line favorite, #6 Baby Yoda (6-5) with Javier Castellano aboard for trainer Bill Mott, who opted to send Baby Yoda to this spot instead of the seven-furlong Grade 2 Vosburgh Stakes a couple weeks ago. Baby Yoda comes off a decisive 10-length allowance win at a mile last time, but whether or not he’s a real mile horse at this level remains to be seen, and he always seems to fall short when raised in class into graded stakes. Therefore, he may be worth taking a shot against him in this short but competitive field.

My choice is the red-hot #1 Shackqueenking (5-1) who has gotten good and comes in with three straight sharp wins at Delaware Park including a victory in the $140,000 Governor’s Day Handicap where he earned an Equibase Speed Figure that matches Baby Yoda’s recent best. One mile is no issue for Shackqueenking, and he will offer value, which is not a bad thing for a horse that has back class and is in the best form of his career. For the exacta boxes, throw in #2 Empty Tomb (3-1) who picks up Irad Ortiz Jr. coming off a win in his return race off an eight-month layoff. He owns a good career record at Aqueduct, likes the mile distance, and three of his last four results put him right there with today’s top contenders.

The Play: Go with the hot horse and bet #1 Shackqueenking to win and play him in an exacta box along with #2 Empty Tomb.

The Bold Ruler, a Grade 2 stakes held at six furlongs, has drawn a wide-open 10-horse field that makes it a very good featured betting race on the card. The most interesting horse in the race is #1 Meraas (5-1), who had a mediocre career as a turf sprinter in England until he went to Dubai last winter and somebody figured out he’s much, much better on the dirt. He won both of his first two dirt sprint outings at Meydan including a Group 3 race at six furlongs. Last time out marked his North American debut and came off a six-month layoff, and Meraas posted a solid third-place finish behind next-out Grade 2 Vosburgh Stakes winner Elite Power.

Meraas blazed to the lead in the Vosburgh but could not hold off Elite Power and tired late. He should benefit from that return race and go faster and further here in his second start off the layoff. The horse to play in exacta boxes is #8 Runninsonofagun (9-2), who has been in good form lately and has reeled off three straight graded stakes third-place finishes behind some of the country’s fastest horses like Jack Christopher, who did not embarrass him in the Grade 1 H. Allen Jerkens Memorial Stakes at Saratoga, and Gunite, who beat him in the Grade 2 Amsterdam Stakes. There’s no rivals the likes of Jack Christopher and Gunite entered today, and Runningsonofagun will certainly benefit from the class relief.

The Play:  Bet #1 Meraas to win, and combine him in exacta boxes with #8 Runninsonofagun.