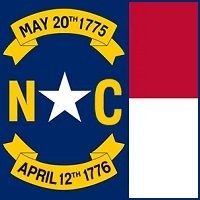 Two weeks and counting. That’s how long state legislators have to get a North Carolina online sports betting deal done. The session ends in just about 14 days, so now is the time to get a deal done.

Lawmakers fully understand that the legalization of North Carolina online sports betting would bring a much needed boost to the economy via gaming revenue. But efforts to regulate the activity have been slow and painful.

However, there is a glimmer of hope. And expectations are that the State House will end up passing a bill for sports bets before the session ends. If so, estimates are that it could generate anywhere from $8 to $24 million in revenue.

The Senate narrowly passed a North Carolina online sports betting bill in the fall, but lawmakers in the House soon rolled out another bill that to boost the proposed tax rate from 8% to 14% The House also wants to double the licensing fee from $500,000 to $1 million.

Those two changes could make any sports wagering bill more attractive to some legislators. The problem now is that it’s still unknown if the House has enough votes to pass the bill in the limited time left this year.

State Representative Jon Hardister, the House majority whip and sponsor of the bill, said that he is optimistic about the bills passage right now. Despite the somewhat controversial nature sometimes associated with gambling, he said that “Most of the feedback I’ve gotten from my caucus has been positive.”