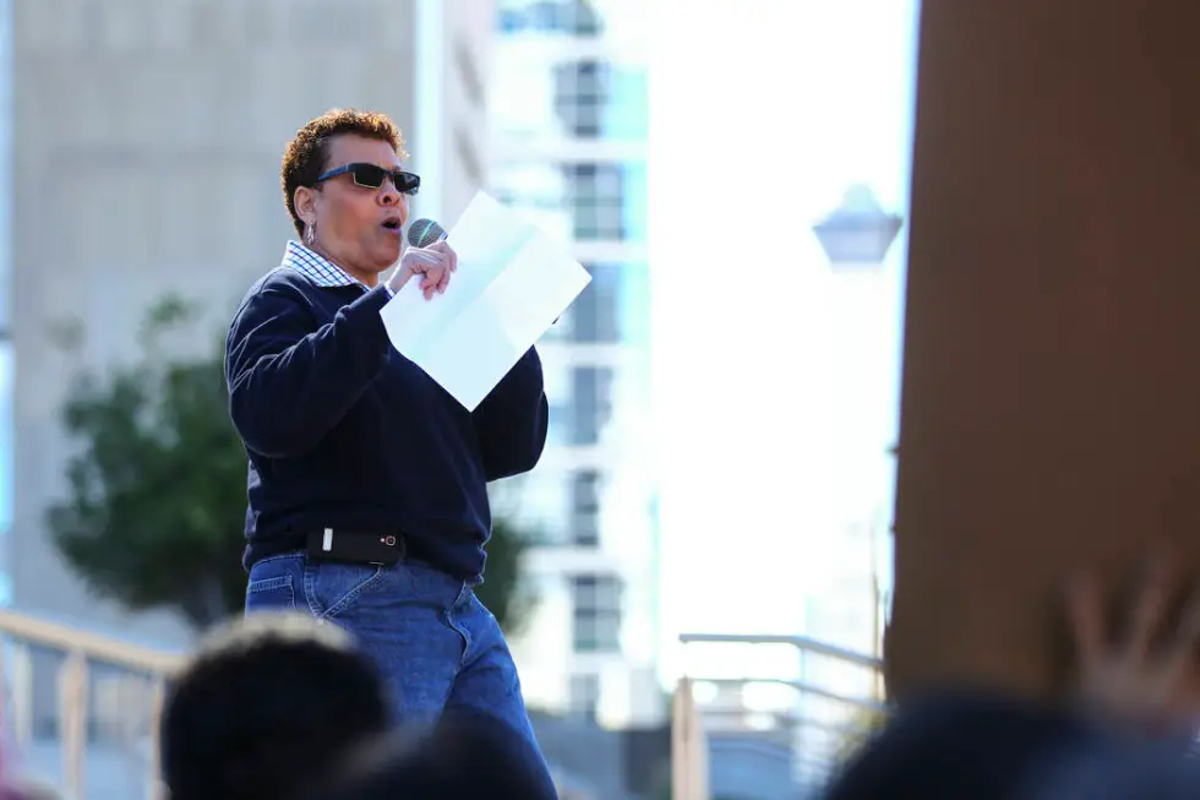 Democratic North Las Vegas mayoral candidate Pat Spearman has a plan in mind for what Red Rock Resorts (RRR) should do with two of its shuttered casinos. The company this week announced they would remain closed permanently. But her idea might not find much of a reception from the casino company.

RRR, the parent organization of Station Casinos, said this week that Fiesta Henderson, Fiesta Rancho, and Texas Station will be demolished and the vacant land sold. The three Southern Nevada casinos collectively sit on 107.5 acres.

Texas Station and Fiesta Rancho are located in North Las Vegas. Spearman, currently a state senator in Nevada representing the 1st district –which encompasses most of North Las Vegas, as well as sections of Sunrise Manor and Las Vegas — wants RRR to consider donating the vacant casino properties.

Spearman’s pitch for her vision of what the Red Rock Resorts casinos could become was rather vague. The state senator said there are male-oriented facilities for military veterans in Clark County, but none specifically tailored towards females’ needs.

“Let’s consider, instead of tearing these properties down, retrofitting them for women veterans and everything that they need. We’ve never done that,” Spearman told KLAS.

There are a lot of facilities erected for men, but we’ve never done anything for women,” she continued. Spearman explained that the former casinos could become women-oriented training centers offering an array of skills for military veterans.

“These properties have been an important part of our business over many years, so it is not without sadness that we announce these permanent closures,” explained Scott Kreeger, president of Station Casinos. “While the decision was difficult, throughout our 46-year history, Station Casinos has adapted and grown with the Las Vegas Valley.”

RRR plans to use the proceeds of the land sales of the three casinos once they’re demolished to “continue reinvesting in our open properties and move more quickly to develop and deliver the next generation of Station Casino resorts to the residents and visitors of North Las Vegas, Henderson, and the rest of the Las Vegas Valley.”

North Las Vegas Mayor John Jay Lee plans to depart the mayor’s office at the end of his term in early 2023. Lee could run for another term, but opted not to after an unsuccessful Nevada gubernatorial bid earlier this year.

Lee’s successor will be determined on November 8, 2022. Spearman is facing Democrat Pamela Goynes-Brown, who is currently a North Las Vegas councilperson.

Spearman describes herself as the first openly gay Black veteran to serve in the Nevada State Senate. Goynes-Brown says she’s the first Black woman to be selected twice by the North Las Vegas City Council to serve as mayor pro-tempore.