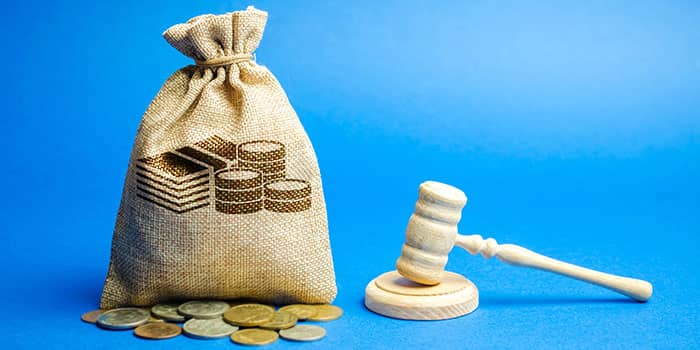 The Ohio Casino Control Commission (OCCC) slapped three sportsbooks with a $150,000 fine each for violating the advertising rules related to sports gambling to send a clear message to the industry that it needs to abide by the rules.

Compliance to Be Enforced

The state’s regulator took administrative action against BetMGM Sportsbook, Caesars Sportbook and DraftKIngs Sportsbook after all three failed to incorporate in their advertising a message about problem gambling, while also advertising their products as free, reported media outlet Cleveland.

Matt Schuler, executive director of the OCCC, outlined that the administrative action is the commission’s response to the disregard shown by these sports betting operators for the sports betting law in Ohio, despite having received “multiple reminders of the rules and standards for advertising and promotions.”

At the end of last month, the OCCC warned all sports betting operators to abide by the rules of their licenses, prompting them to make sure their advertising is compliant with the advertising rules, yet these three sportsbooks violated the rules after the warning.

“These repeated violations leave the commission no choice but to pursue administrative action to bring operators into compliance,” continued Schuler, stating that “the commission takes responsible gambling seriously – and expects the industry to value the same.”

A second warning for all sports betting operators to be strict about the gambling advertising rules was aired by Gov. Mike DeWine following the state’s official market launch on January 1. DeWine told them that their actions are being closely watched not only by the OCCC but by himself so they should know that crossing the line would not be tolerated.

According to the OCCC, sports betting advertisements should deliver a clear message aimed at protecting the public from problem gambling and contain a phone number that can be called for resources.

As for the “free” or “risk-free” bets, the regulator is adamant that these words should not be used in advertisements when people have to risk their own money to take advantage of such offers.

The sanctioned operators will be provided with a chance for a hearing on the $150,000 fines but for one of them, DraftKings, the transgression is not the first, as the Boston-based company may be subjected to a $350,000 fine for breaching the state’s advertising rules.

The OCCC claimed DraftKings violated the rule not to advertise its products to people under 21 when it sent advertising messages to around 2,500 recipients from the age group as part of its pre-launch campaign.

Besides DraftKings, Barstool Sportsbook was issued with a notice of violation and slapped with a $250,000 fine for violating the rule not to advertise to people under 21. Penn’s sports betting brand was found in breach of the rule while delivering its College Football Show at the University of Toledo’s campus, talking openly about gambling in front of 700 students.